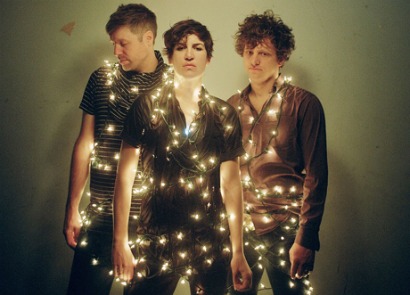 Chatting with Young Galaxy about Mr. Dressup and single-malt whiskey

7:04 and wrist-deep in a salt-encased chicken, Jordan (roommate) asks, “Don’t you have some sort of interview tonight?” Oops. Yes, at 7. Stephen Ramsay is at the other end of my call to Montreal and our chat puts my mind at ease. En route to the jam space in preparation for their upcoming tour, it’s a breathy, excited and truly charming third of Young Galaxy spitting answers faster than you can say long distance charges. Let’s talk Rolling Stones, getting stoned and shoe shopping at Holt’s, shall we?

If you could score a film, which film would you choose?
Apocalypse Now Redux

Which five cities would you include in a fantasy tour?
Sintra (Portugal), Tokyo, Moscow, Sao Paolo, Sardinia (Italy). These are good questions.

Where/what does your name come from?
My old hotmail account! I wanted something fresh and exciting so I opened an astronomy book and put my finger down and there it was. We toyed around with a lot of names but eventually we went back to the hotmail account.

How do you take your eggs?
Poached.

What is your ideal rainy day activity?
Recoding music. Shooting heroin on a mountaintop. Looking out storm windows at Middle Beach Lodge in Tofino, BC

What is your favourite childhood television series?
Mr. Dressup.

What’s your best concert(-going) experience?
Spiritualized (http://www.spiritualized.com/) at the Town Pump in Vancouver after hash brownies. I was young and impressionable and rolling with the punches.

Where is your favourite place to sing?
In front of a microphone in a recording studio.