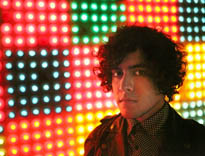 7pm. Huîtres de Printemps @ Nouveau Palais, 281 Bernard O. Robert Pendergast is shacking up with the Nouveau Palais team and shucking oysters until they can’t be shucked no more. Delicious beauties straight from the Atlantic Ocean. Come and eat a dozen…or two!

10pm. The Layover #2 @ Tokyo Bar, 3709 St Laurent. No one knows where Wednesdays originated. Some say it is an ancient ritual handed down by the party gods, used as tool to combat the boredom of a slow workweek. Others maintain it is not for those who work in the rat race, but rather, for those who need to party 7 days a week. A mid-week taste of what the weekend will bring while drinking away what shame-over last weekend provoked. Either way, Tokyo won’t judge. All are welcome to enjoy great drink specials, great tunes, and, of course their roof top patio. It’s on all summer and it’s FREE to get in!

8pm. Confabulation presents: Made to be Broken @ MainLine Theatre, 3997 boul. Saint-Laurent. For two years, Confabulation has been Montreal’s premier monthly storytelling showcase, featuring true-life stories from people in and around Montreal. All of their stories have been true as can be told, from the person who experienced them, without notes, props, or gimmicks of any kind. But on May 12, to celebrate their second anniversary, they’re inviting their storytellers to bend, break, or ignore these special limitations. The stories will still be true. The stories will still be stories. However, everything else goes out the window. Stories can be stylized, or feature props, or be told in a different medium – anything can happen!