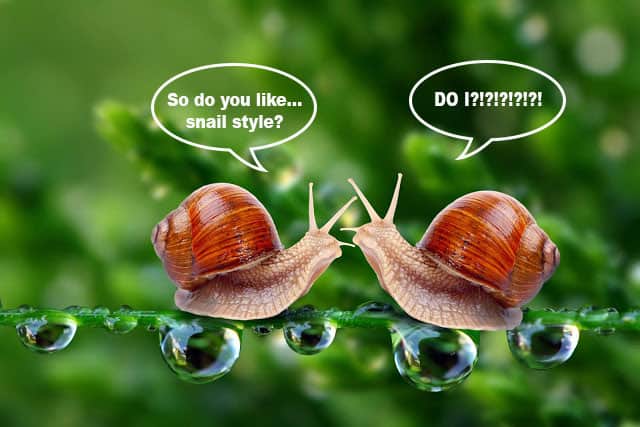 I decided recently that I want to spice things up in the old boudoir. I’d like to add a bit of cayenne pepper to my horizontal clog dancing, if you catch my drift.

How am I going to accomplish this? Firstly, I’m going to continue using the above deeply arousing terminology (“clog dancing,” “boudoir,” “drifts”). Secondly, I’m going to begin employing the list of below unique sexual positions that I just made up and that no one else will be familiar with, especially not the people I “intercourse.” Thirdly, I’m going to use intercourse as a verb.

Now, after attempting these positions with humans there is a chance that the responses will be less “oh yeah, that feels good, I like that one” and more “umm, why is your foot there? Do I smell guacamole? Where did that zebra print neck pillow come from?” But I’ve learned over the years that you gotta take risks in life and if I’m having fun that’s all that matters. ”Wow Jess, this sounds ideal! I also want to have a good time while disappointing my partners,” I hear you saying, and I encourage you to benefit from my guaranteed orgasm-inducing and/or repelling moves too. No need to thank me, friends. All I ask for in return is that you call out my full name during your fornication (my middle initial is M).

Both on Top/Equality
Why should one of you be on top and not the other? I reject harmful labels like “Cowgirl” and “Cowboy.” In this posish, neither of you dominates the other and gender is irrelevant. You’re both paid the same amount in this fantasy world. You should each take the reins and ride the horse of superiority. If you’re currently asking “but how can we BOTH be on top? Does that make sense? I don’t think it does?” That’s a great question. I encourage you to explore and find the answer for yourself!

The Burrito
This one is relatively complicated so bear with me. You take off your clothes, get under the covers, lay on your back either to the LEFT or the RIGHT of your beau, and then you proceed to eat a burrito or multiple burritos. You’re probably wondering what a “burrito” is. It is whatever feels good to you, and you usually have a wide choice of ingredients. To clarify, the burrito is not a metaphor for a penis. It is a literal burrito and/or taco (a literal taco).

Snail Style
Instead of the usual “Doggy Style” give “Snail Style” a shot. What is “snail style”? Well, snails mate by shooting a sharp-tipped sperm dart from the backs of their eyes (the location of their genitals) into the uterus of the other snail. Although they’re hermaphrodites they do not impregnate themselves. They find sexual partners and engage in killer eye sex. So… yeah. Eye sex… minus the sperm darts ‘cause those don’t exist in us. Basically, sit in front of your partner and stare at them. A deep, long, stare and pretend that starring has the power of sperm-darts. Naughty.

The Talking Horse
A version of the classic “The Rocking Horse” position, “The Talking Horse” is exactly the same EXCEPT you wear a horse mask the entire time. Increase the level of pleasure with a little dirty talk, along the lines of “I’m half a horse and I can talk. Isn’t… this… wild?” If you can’t come up with some original nasty dialogue then simply recite any Mister Ed quote.

The Cribbage
Forget the painstaking, acrobatic sexual position of “The Bridge” and bring on the enjoyable game of “The Cribbage.” Strip down, sit down, stick a cribbage board between you, and deal out the cards… slowly. Now things are heatin’ up.

The Sleeping Tiger
You and your lover each imitate a titillating napping tiger for about two hours. You can do this in the same bed or in different rooms.

‘69
Perform oral sex on each other while shouting out stuff that happened in 1969. The nostalgia will make you climax ten times harder. Some events to get you started: Richard Nixon becomes President, Woodstock happens, Wal-Mart incorporates as Wal-Mart Stores, Inc. I’m getting turned on just writing these! Bonus points for anyone who can appropriately use: “That’s one small step for man, one giant leap for mankind.”

Small Antique Spooning
Identical to regular spooning but handle each other’s bodies in a more gentle, more expensive, and more impractical way. Then stir your (cooled) tea with his dink.

Pictionary Missionary
“The Missionary Position” is thought by many to be boring, predictable, and unimaginative. So how do you make it more exciting? Add in Pictionary and have your sexual relations in complete silence! Is one spot really working for you and you’d like your partner to know? Great! Draw that shit out! Communicate non-verbally! Make them GUESS what you want. That’s consistently a good idea.

The Laptop Dance
What do you do when you’re in a long distance relationship and you need to have Skype sex with your paramour from across the country, or from like a few blocks away? You sit on your laptop and pretend it’s their bare-skinned crotch! It’s warm. It’s fragile. It can be kinda fickle and doesn’t always work when you need it to. Most importantly it’s crazy RISQUE/RISKY because the odds that you will need a new computer immediately afterwards are high.

The Sideways Move-y
You don’t have to do anything in a sideways position for this one, you merely have to play the film Sideways in the background while copulating. Let Paul Giamatti’s drunken voice seep into your sweet, sweet coitus and if you’re not super weirded out by his phone arguments with his wife, this classic movie will help your orgasm flow like a glass of Merlot.

Standing-up
Have you always wanted to try stand-up comedy? This is your chance to do it! While fornicating! Stand with a mic, telling jokes while they (your audience) straddles you. If they dare interrupt your set by spewing nonsense like “keep going, I’m almost there, don’t stop” ask them to quit heckling or they may get kicked out of the club (your/their bedroom).

If all else fails, eat a doughnut off his penis, I guess? Rawr.