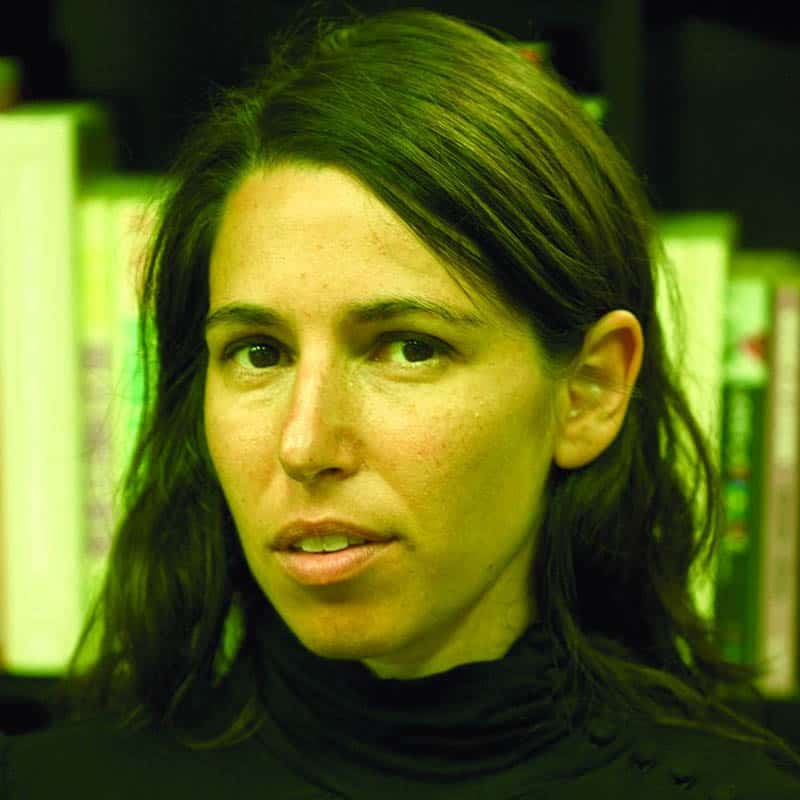 A Conversation with Tamara Faith Berger

Tamara Faith Berger is a Toronto-based author and the creator of three novels: Lie With Me, The Way of the Whore (which were recently revised and collected in Little Cat), and Maidenhead, which was nominated for a Trillium Award and won The Believer Book Award in 2012.Before she became a novellist she wrote erotic short stories and dabbled in sexy films. Her novels retain this sexual charge, and Berger has found critical acclaim for her realistic and unflinching portrayal of human sexuality, a topic that proves a stumbling block for many experienced writers. We sat down with her to chat about writing sex, sluts and shocking the public.

SDTC: When Lie With Me first came out, reviewers described it as shocking. Have the reactions changed in the intervening years?

SDTC: It’s still surprising, in that it’s presented in both this unnamed woman’s point of view, and a series of numbered men, the focus on aggressive female desire… with books like Fifty Shades, Wrecked, and Maidenhead, do you see a shift in the way women’s sexuality is presented?

TFB: I think so. I’m sure that academically you could chart a really interesting path of female sexual representation throughout the ages, because I don’t think it’s this straight progressive line. I think there have been times of reversals, but right now is pretty interesting time because we’re feeling the effects of the radical feminist movement that kind of failed in the late ’60s and early ’70s. We’re really in that moment right now, representationally.

SDTC: Lie With Me opens with a kind of confession about how the young woman doesn’t want to describe herself as a slut. Do you think that would be written differently today, with the whole movement against slut-shaming?

SDTC: It’s still very powerful. It’s still something we’re grappling with, trying to understand the differences between male and female sexuality and how it’s presented. I feel like it’s still really relevant.

SDTC: Your characters, Mira in The Way of the Whore, the unnamed narrator in Lie With Me and Myra in Maidenhead, are all very focused on male pleasure and male desire – at least initially. How did this angle come about?

TFB: The characters in the book are trying to figure out what their pleasure is, and it’s not just a personal journey–there’s a social element to it, and a critical element to that as well. That probably is one of the differences between erotica as a genre and with what I’m doing. In my case, there is a bit more commentary on the messages that we’re all getting, as younger women in our society. The characters that I write are trying to figure that stuff out, most of the characters are pretty young. I don’t think I would be writing the same stories from a thirty year-old’s or forty year-old’s perspective.

SDTC: In The Way of the Whore, the character Mira has difficulty saying no. There are these blurred lines of consent, and she continues to return to these consensually ambiguous situations. Your male characters can inhabit quite a moral grey area as well. What is the attraction here, to keep going back to these really bad people?

TFB: [Mira] is a really young character figuring out the world. It’d be different if she were a brash, bratty, bold, strong – she’s not. She’s a bit more on the submissive side of things. The book describes other women, young women and girls around her who are not quite like that, but in her case, this is what her root experiences have been with sex, her first experiences, and how she makes sense of that as she grows up through the world. It’s a case study in a way.

People aren’t going to relate to every single thing she goes through, but there may be one thing where consent was blurred at one time, that her story being played out will touch and relate to things that other people have gone through, and maybe not. Maybe they’ll just read this and see what it does to them.

TFB: I see the books as literary fiction that have explicit sex in them, I guess. I’d say fiction. I don’t usually qualify as literary, I just say it’s fiction.

TFB: I think now for me that’s really evened out. I don’t feel like I’m purely writing for females anymore. At the time I really felt that way, and the responses I got were mostly for women. Men didn’t really talk to me that much about my stuff. I don’t quite feel that anymore, and actually now I feel very interested in male responses to my work and one of the most incredible things that was written about my work was written by a guy, Nathan Huffstutter. He wrote this long review on the Nervous Breakdown, and to me that was really amazing to have this really unafraid and full-on male reader, to know what was going on in his brain to hear him deal with the work. I loved that.

Tags: Books, Lie With Me, Maidenhead, Tamara Faith Berger, The Way of the Whore