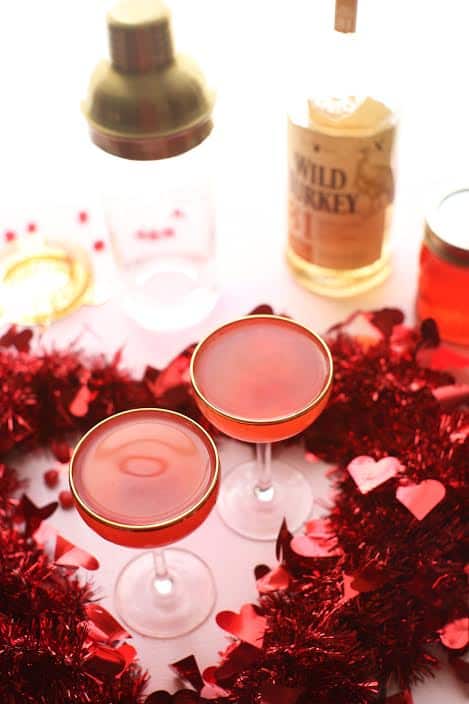 A Valentines Cocktail That Will Melt Your Cinnamon Heart

Valentine’s Day evokes different emotions in everyone: indifference, sadness, anxiety, unadulterated joy—you name it. Maybe you’re single and loving life, alone and feeling blue, madly in love or you’re with someone who’s starting to feel, in the words of Marnie from GIRLS, “like a weird uncle.” Believe it or not, no matter where you fall on the spectrum, these things have something in common: they are all a great reason to pour a nice stiff drink. 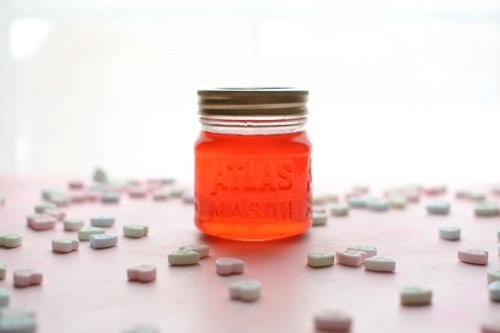 I wanted my cocktail this week to be pink (I know, how cliché) and to somehow integrate my favourite candy from the international holiday of love: cinnamon hearts. That’s when I got the idea to take your basic cinnamon simple syrup and add the candy hearts to it to turn it pink. To make the syrup, just bring two cups of water to a boil on the stove. Then add 1½ cups of sugar and six cinnamon sticks. Bring the syrup down to a simmer for ten minutes, stirring occasionally. In the last two minutes, throw in half a cup of cinnamon hearts until most of the red colour has dissolved into the syrup. 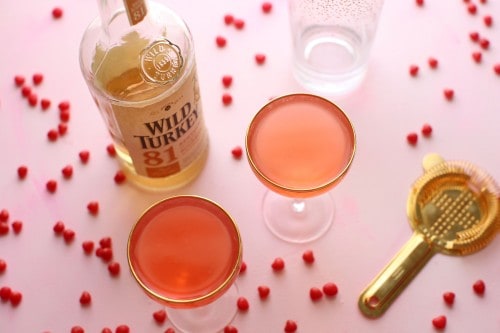 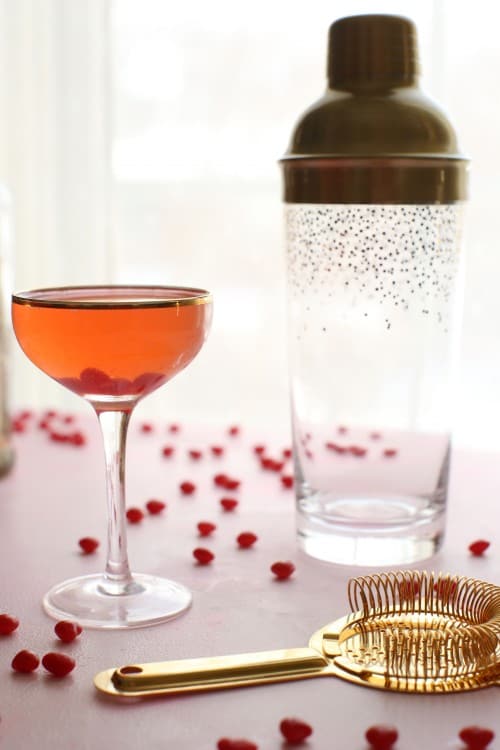 For such an easy cocktail, it’s surprising how tasty this is and how nicely the ingredients work together. Just add the whiskey, cinnamon simple syrup and lemon juice to a shaker with ice. Strain into a coupe glass and top with soda. [NB: I threw a few cinnamon hearts into the cocktail and they just kind of sadly sunk to the bottom. Wouldn’t recommend it. Garnish with LOVE instead!] 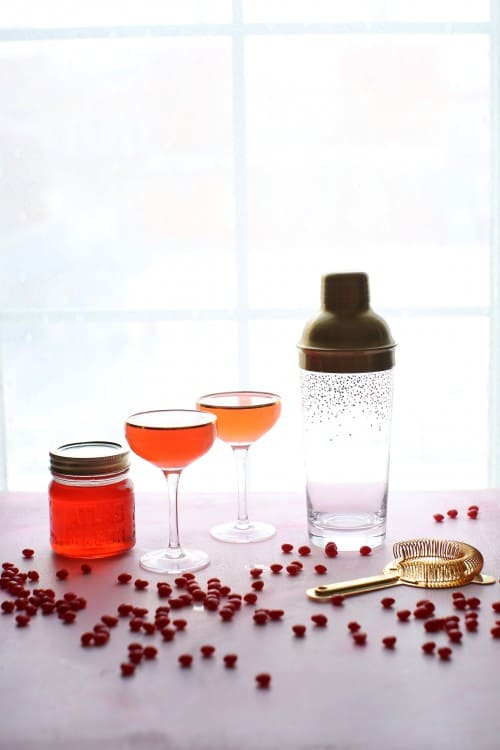 Photos styled by Jenny Morris and taken by Michael Morris.

Coupes and gold strainer are from BYOB Cocktail Emporium.