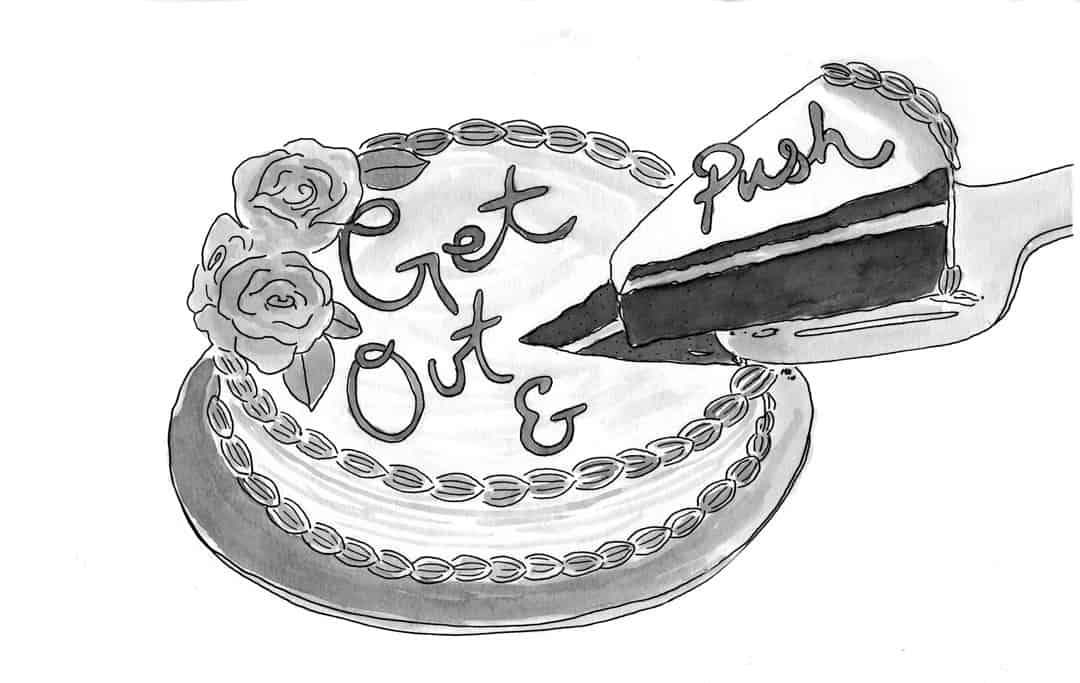 Adult Learning: knowing when to stand up and when to sit down. A guide for men who want to do better

Did you write that article yet about how men can do better?

In my favourite plotline of Aziz Ansari’s new Netflix series Master of None, Ansari gets a crash course in sexism when he discovers that the women in his life are regularly sexually harassed online and in person. His newfound feminist sympathies lead him to drunkenly challenge the director of a commercial that he is filming about the fact that none of the women have speaking roles. When he goes in the next day, he discovers the commercial has been rewritten so the women speak the lines, and he is no longer even in the commercial at all. (After some initial sulking, he accepts the loss of his role, and is later comforted with a grocery store cake.)

The episode shines a light on an uncomfortable truth: sometimes a genuine display of solidarity requires making a personal sacrifice.

Somehow, it still seems as though this concept is not understood by people who consider themselves progressive members of the dominant culture. Dudes (and white people) think that as long as they express the right ideas in public, and don’t actually insist any women make them actual sandwiches, they can keep on enjoying being at the top of the food chain and never have to do anything they don’t want to do, or ever not get to do anything that they do want to do. We feel our awareness can change the world, or that our guilt mitigates the impact of our privilege.

One of the most chilling things I read in the weeks following Jian Ghomeshi’s arrest last fall was Carl Wilson’s piece, “I Knew About Jian Ghomeshi and never said anything. Am I complicit in his alleged abuse?” In it, Wilson details the ways he participated in and benefitted from not calling out Ghomeshi on his treatment of women, even going so far as to shush a female friend when she was speaking about it in Ghomeshi’s earshot, lest Wilson himself have his career negatively impacted by her words. I have read this essay so many times, and I feel more doomed every time. Because if the lure of social ease and the occasional talk show appearance is enough to inspire inaction from someone like Wilson, who seems like a perfectly solid person otherwise, then what can we hope to see when the stakes are much higher?

There are reasons to be hopeful. In a tangible display of solidarity last week, twelve male comic book artists removed themselves from the nomination list for the Grand Prix d’Angoulême (one of the top comic prizes in the world) when none of the thirty (thirty!) nominees were women. One of these men, Joann Sfar, wrote, “I simply do not want to participate in a ceremony that is so disconnected from the realities of contemporary comics. Thirty names, without one woman, is a slap to those who devote their lives to creating or loving comics.”

If things are truly going to get better for everyone, we are going to need to see much more of these types of sacrifices.

In the professional realm, men with the most status and power are going to have to use that status and power to further causes they believe in. They are also going to need to be willing to give some of it up. The next time someone offers you an opportunity, offer the name of an equally qualified woman instead of accepting. Refuse to appear in all-male panel discussions. Step aside in a political race in order to make room for a female candidate. Overhaul your hiring process if you are not getting enough female applicants. Hire a woman to tell you how to do that. Call out your boss when they are being sexist. Point out the times you are just echoing the idea that a woman voiced in the room earlier.

In your personal life, think about how you interact with the women you know. Stop asking for things from women unless you are offering something in return (and I don’t mean “a chance to educate you.” I’m talking about coming over and doing our laundry while we school you). Follow the advice in articles like these, about how to engage with women online. Make space in your head for uncomfortable truths, rather than discounting the experiences of hundreds of women sharing stories of being ground down by emotional labour. Don’t tag women into a Facebook thread to say something you are too scared to say yourself about sexism. Support women the way they ask, rather than getting so upset about their experiences that they have to listen to your violent revenge fantasies or comfort you. When you feel troubled to learn about the impacts of misogyny in your community, take those concerns to other men so you can work together to fix things.

Also, for real, do the fucking dishes.

Sacrifices like these aren’t what we see in most pop culture displays of social change. Mainstream film and books often eschew representations of collective action in favour of more dramatic “power of one” narratives, leaving us all with some sort of vague idea that at some point someone is going to do something to fix this mess.

That’s not really the way things work though. It’s not how they’ve ever worked. Folks are eager to see who the next Gloria Steinem is going to be, without being aware that all of Steinem’s work has always been part of a strategic undertaking that involves a lot of low-profile work from countless people whose names most of us will never know. And everything she has worked to do would have happened a lot faster if the majority of men in positions of power around her had been willing to lend more of a hand, no matter what the personal, professional, financial, or emotional cost to them.

Every day you are given chances to be on the right side of history. But no one is probably ever going to make a movie about you because you risked an invitation to appear on a popular CBC talk show, or you walked away from the possibility of winning a prestigious comics award. But you’ll be part of a larger story that will be told, and you’ll know you were part of making things better for others.

I’ll meet you in the streets,
Audra