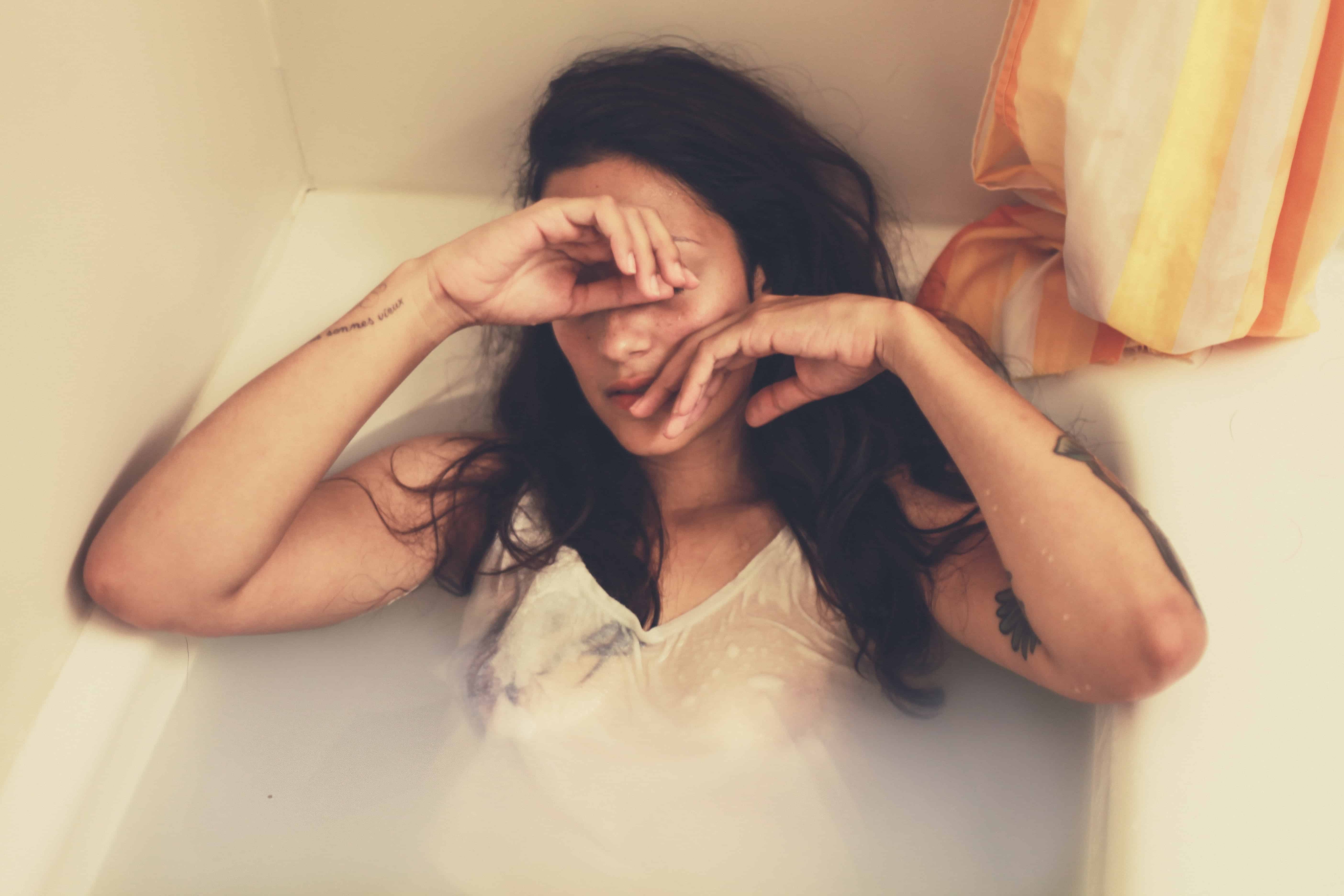 This is Almost Thirty: Dealing with Anxiety and Feeling Unfulfilled

I remember sunshine cascading down my back and can still hear the squishy sound a damp bathing suit makes. I remember strands of cool, wet hair slapping me in the face as I ran with my army of cousins to the far side of my aunt and uncle’s house.

The side of their house was a haven of sunshine. The fence shared with their neighbour was covered in lush, green bushes. Popping out between the leaves were the brightest raspberries. My cousins and I would take turns plucking them from their homes and filling our mouths with more than we could hold. They were warm from the summer heat, which intensified their sweet flavour.

Now, only a month away from my 29th birthday, I realize that nothing tastes as sweet as those moments. The sun doesn’t feel as warm as it did on those days and my army of cousins are not nearly as close as we once were when we huddled together après-swim. Everything is more complicated, even happiness. It now has a checklist of requirements before it can really be felt. And when it is felt, it doesn’t last as long as it once did.

Thinking back, my early twenties were a complete whirlwind. I bought a condo with my boyfriend with a closing date so far off in the future it didn’t seem real. I self-published two books, became a semi-recognized blogger, interned at a top publishing house, and spent whatever time and money I had in the city with my boyfriend and family. At 25, I started a new job and got engaged.

The same year, my sister nearly bled to death, my fiancé donated a piece of his liver to his mother so that she wouldn’t die, and my dad had a quintuple bypass. Needless to say, the year was not easy. During that time, my tiny bouts of anxiety morphed into full-out panic attacks and OCD. After years of being able to control my angst, I now had to be on medication for it.

The following years were busy with health recoveries, wedding planning, honeymooning, and more medication. My blogging now took a back seat. Instead of heading to the city for a coffee, I drove straight to the hospital to visit whoever was there. Instead of writing, I threw myself into my work; customer complaints, inventory tracking and shipping orders kept my mind occupied and my heart protected. This distraction was necessary. At some point that year, I stopped taking my medication.

When I turned 28, I allowed myself to feel unhappy. I allowed it to seep into every crevice of my mind and that is when the depression set in. Every day at the office felt like torture. It’s not so much that the job itself is terrible, but it is a highly stressful environment and not at all what I pictured myself doing.

My parents told me several times to find something else, but the whole adulting thing happened and for the first time in my life I had bills to pay. Quitting with no GOOD alternative was not an option. I tried to make the best of the situation and I never let my true feelings show while at work (except when I had a crying fit in my boss’s office). I went to work with a smile and a CAN-DO attitude. Eventually I was given more responsibility and a raise. I tried to convince myself that this was happiness as an adult.

I tried to enjoy my time outside of the office as much as possible. I created a list of 30 things I wanted to do before I turned 30–NONE of which I’ve actually done.

With my 29th birthday only a few weeks away, I feel as lost and confused as ever. I’m having trouble figuring out the kind of life I want for myself. I’ve felt a sadness looming inside me, deeper than a well. I’ve been unhappy and unmotivated. I keep asking myself if writing is always going to be a hobby or if I’ll ever have anything to show for it. I wonder if all the time I spend scrawling thoughts into my notebook is worth it. I keep thinking about turning 30 and I’m disappointed.

Today I turned 29. My husband woke me up with a kiss and a morning breath, “Happy birthday, my love” escaping from his lips. The majority of my family is in Cuba on vacation so they video called me from the resort. “You should’ve come with us!” they scream with smiles. I can see love in their eyes and I know they’re right. I should have.

After a tour of their resort, we say goodbye and I sit at my desk, one hour early for work, and allow myself to cry. After an excruciatingly long day, my uncle and cousin come over for dinner, coffee and cake. We talk for hours about nothing and everything. We reminisce and poke fun at each other and our families that are enjoying the sun while the cold wind beats against the window of the dining room. While my uncle and husband talk, I rant to Ashley about all of the things I want to do but NEVER get around to.

A week later I met with my writing partner and good friend. We had a conversation that I hope I won’t forget. After talking about my job and the fact that I hadn’t heard back from any jobs I applied to, she stopped me mid-sentence and said, “You’ve been running on the same loop for the last two years. Why are you so into self-sabotaging?” As we sat in the warm Dineen Cafe, my back resting against the red booth, I looked past her and let my eyes blur with the hustle and bustle around us.

She was right, and the only way to stop my self-indulgent martyrdom was to start doing what I wanted to do. To start networking and putting myself out there. When I got home that night I made a list of places I want to work and the people I’ve met over the years. I wrote several emails and asked to meet people for coffees. I decided to start there.

With less than 350 days until I turn 30, I’m ready to say goodbye to the person I’ve been for the last few years. I’m ready to make a change, and even though it’s going to be difficult, if I don’t do it now, I’ll never forgive myself.