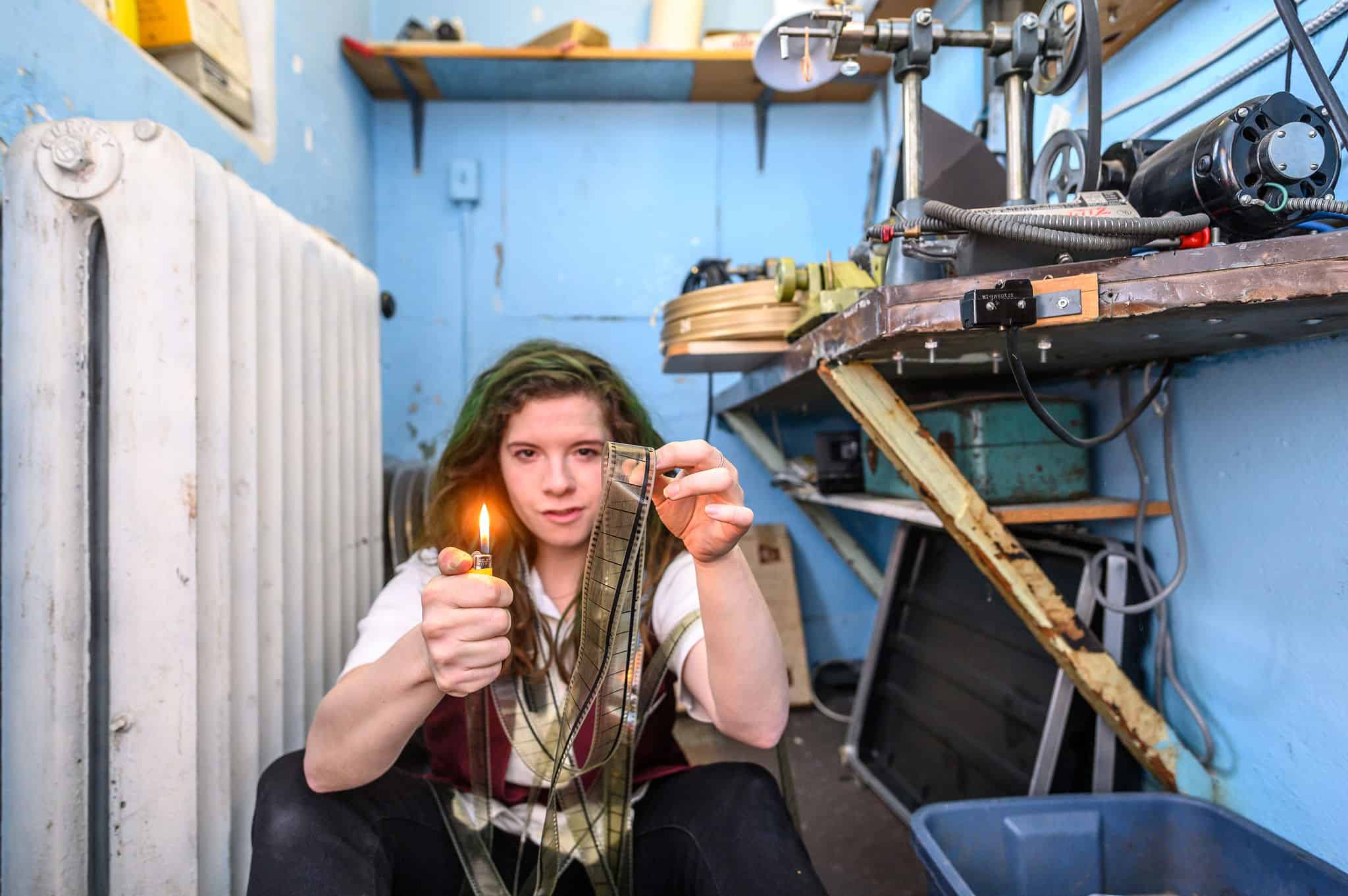 Amy Keating in Annie Baker’s “The Flick” Will Floor You

Crow Theatre’s season opener is one of the most anticipated shows of the year: Annie Baker’s Pulitzer-winning play, The Flick.

An ode to analogue culture, single screen cinemas, and the importance of gathering communally, the play follows three millennials who work in one of the last single-screen 35mm movie houses in North America.

Dora Award-winning actor Amy Keating is the only woman in the cast. We chatted with her about the pressure of taking on such an iconic play, and how her process unfolded.

SDTC: What drew you to The Flick?

AK: Annie Baker. Annie Baker (the playwright) understands humans. Period. Their fears, their insecurities, their hopes, their dreams, their annoying ticks and nervous tendencies, the lowest points they will sink to, and their most joyful moments, however big or small.

She has such an intimate and deep understanding of her characters—their complexities and vulnerabilities—it’s exhilarating. It’s exhilarating to read, to watch, and honestly, to act as well.

Why do you think this play is resonating so much at this point in time?

Oh my god. Where do I start? The play is relevant on so many different levels. The Flick is in the process of switching from film projection to digital. This switch takes away both the art form of film projection as well as the human element needed to operate the projector. We move from a beautiful, intricate process to just clicking the “Play” button. Devastating.

Don’t get me wrong, I love a good Netflix and chill, but we are at a time right now when we gather together as a community to experience something less and less. It’s easier than ever to stay inside our concrete homes and avoid connecting with other humans.

This is a play about three people working in a movie theatre. Going to plays and movies are communal experiences, and both involve audiences coming together to witness some type of human-created art. Never has this act been more crucial and necessary than in the world we live in today.

What was your process behind developing your character, Rose?

Okay. Rose. Yeah. Rose is an incredible beast. Discovering Rose has been a fucking wild ride. I am still exploring what causes Rose to do certain things and act the way she does. Because Annie Baker has written such an intricate and complicated human, I think I will be figuring Rose out until the play closes, and beyond.

I am obsessed with the way in which people deal with fear, and how that manifests in the world and in how they deal with others. And Rose (even though she would rather die than admit this) is really afraid. Identifying what her fears and insecurities are, and how she arms and protects herself from the world and at her job.

More than anything Rose is an creature of impulse, and does whatever she wants whenever she wants. She is a pleasure seeker and an experience chaser. She knows what she wants and is not afraid to go and get it. Needless to say, I might have been a bit of a brat during rehearsal… Annie Baker has given me such a gift to get to wield Rose’s power and play around in Rose’s messy, impulse-driven world.

What was the biggest challenge you faced in this project, and how did you overcome it?

Filling the pauses with meaningful intention. We haven’t opened. Still figuring it out. Come see the show to find out how we are doing with it.

How are you similar to Rose? How do you differ?

Rose and I both swear a fuckton. I think we both deal with fear differently, but I think the same things scare us. Rose knows how to work a room, and I would say that in the right mood, I do too. We are both young women living in a capitalist and patriarchal world, and trying to figure out how to be your own person and fight for what you need, inside of those systems. We are both just trying to figure all our shit out, okay? When I started this process I was pretty convinced that Rose and I were NOTHING alike, and throughout the process, I’m realizing just how similar we are. But I guess that’s kind of the point, right? I don’t know if I was that way to begin with, or if I’m slightly changed because I now have this other human’s experience inside me. 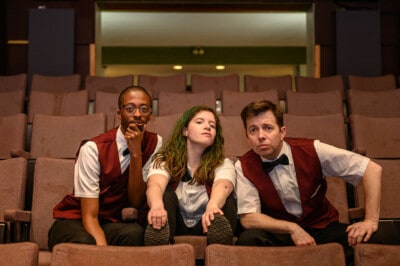 What do you hope audiences get out of this play?

When The Flick was produced in New York, and I’m sure everywhere else it’s been, a lot of people walked out of the show. We’re talking record numbers (that’s an exaggeration, but maybe not). Because, I think at first, it seems like nothing is happening. The people on stage are just sweeping up popcorn—that’s it. But that’s not it. There is so much more happening beneath the surface if you are willing to spend the time with these incredible humans in this movie theatre.

I hope people experience patience—with this play, with the characters on stage, with each other, with all humans everywhere. It is amazing what can be experienced if you actually take the time to listen and just be with people. I think that patience can lead to compassion and understanding, and the world can always do with more of that, right?

Please come see the show and experience patience and humanity with us. If you’re lucky, maybe Rose will even show you how to use the projector.

The Flick runs at Crow’s Theatre until October 27. Get tickets here.