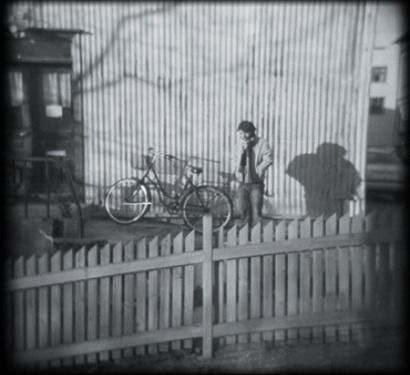 An Interview with Leif Vollebekk

A few basic facts about Leif Vollebekk: he’s not from Sweden (although he has a thing for anything Germanic), he’s superstitious and he likes trains.

If you haven’t yet heard of this Canadian crooner, you soon will. His new album Inland, re-released last week at the Cameron House in Toronto, has garnered plenty of buzz along with comparisons to Bob Dylan—a huge compliment for a humble folk singer from Montreal.

“I feel like I found Jesus,” he says about the comparison. “Not that Bob’s Jesus, but he’s pretty divine.”

Channeling early Dylan, Vollebekk’s Inland is a lot like a musical postcard, which makes sense given that most of the songs were written while he was in Iceland. The end result is a perfectly layered album of understated vocals, heart-on-sleeve lyrics and an impressive range of instruments.

Despite his love of travelling, Vollebekk has an even bigger love for Montreal—a city he credits with producing an impressive number of personable records by the likes of Wolf Parade and Arcade Fire, just one of the many reasons he chose to settle down there.

He may not see it yet, but I think it’s safe to add Vollebekk to the list of musical darlings to come out of Montreal. Even more impressive is that despite how musically gifted he is, he is incredibly modest, made clear when I mention how famous he’s becoming. “Really? REALLY?” he laughs.

As for what’s next, Vollebekk has plans to eventually begin touring outside of Canada, along with putting the finishing touches on his next album.

“I thought it was finished, but now I have to fix it,” he said, knocking on wood.
http://www.myspace.com/leifvollebekk