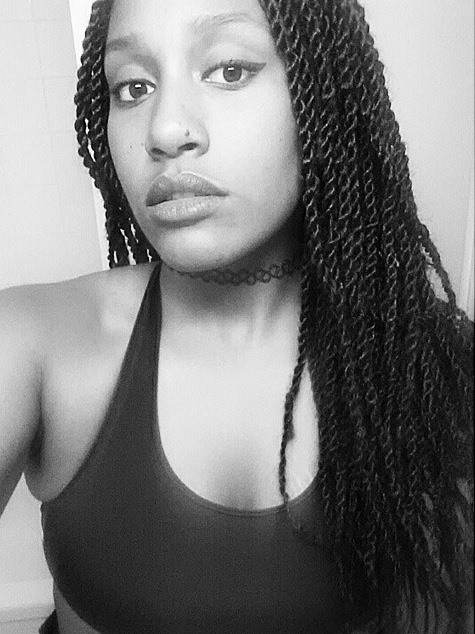 After shaping her play in Nightwood Theatre’s Write From The Hip program, Anyika Mark’s Making Moves hits the stage this month. Directed by Donna-Michelle St. Bernard, Making Moves delivers a day in the life of young, Black people in Toronto’s west end. As they move through their day, it is impossible to ignore how political their social lives are, how they are all deeply connected, and that sometimes, there’s nothing more to do other than to keep making moves.

We chatted with Mark about the play this week.

SDTC: How did you come up with the initial concept for Making Moves?

AM: I have been surrounded by intelligent, insanely unique and talented Black people my entire life. When you’re young, you take all that for granted, but as I started to lean more into my creative writing, I found myself really wanting to see us (Black people) on stage in the ways that I’ve experienced it. And as I started to write the storylines, the political aspect of our lives organically intertwined with the social aspects. I leaned into that and, drawing from Do the Right Thing by Spike Lee, I decided to write what those political and social lives would look like in the time span of a day.

In what way is Making Moves autobiographical?

Making Moves is autobiographical in the sense that it’s based on my lived experience as a young, Black woman in Toronto which, although may be familiar to some, may be very different from others. Black people are always being shoved into this monolith and, in Toronto especially, it’s very easy to think that all Black people live the same way because most of the time, we live in the same places. I want this to be the first of many narratives about Black people in the city, portraying the nuances of all our experiences in artistic and creative ways.

My character, Afeni, is who I naturally found myself resonating with, and as I continued to write her, she kept coming out like me, so I eventually gave in and leaned into it. She’s head-strong, passionate about everything and fiercely loyal, which are qualities that I love most about myself and qualities that add something special to the friend-group dynamic in the play.

How did Making Moves evolve from your initial plan? How did your Write From The Hip experience shape this work?

Originally, I had wanted to make it a feel good story about Black people in Toronto. I wanted to move away from narratives of our pain and focus on how we can just be regular and happy. But as I kept writing the characters, they naturally ran into hardship. I realized how normalized tension and conflict was in a Black person’s life, which is not to say that we don’t lead happy lives, but that there is so much more that we deal with on a daily basis that we accept as normal.

My peers from WTH really helped me sink into that as I wrote and re-wrote my characters storylines, they kept challenging me to be deeper with each person and their story. I came to the realization that I couldn’t write a simple feel-good story and that it was okay that there was struggle and conflict in the final product. It is a real depiction of Black folks’ lives in Toronto and beyond, and I love what I ended up writing.

What was your earliest memory of being moved by a piece of theatre?

My love for plays began with my mother, who introduced me to the theatre world very early on in my adolescent life. It instantly became a beautiful part of my identity. She enrolled me into theatre programs at Parks and Rec, encouraged me to get involved in productions going on at my school, and would bring me to local plays downtown. And in the early 2000s when they brought The Lion King to Toronto, I instantly fell in love with Black people on stage. So, when I started to write again for pleasure after finishing my BA at the University of Toronto, a play just came very natural to me.

Who/what has been most influential on your career?

I would have to say that Black people and the culture that we have fostered in this city have been my biggest influence. It was how I was raised, and we make the culture scene in Toronto what it is today. Whether that be music, food, cultural festivals, etc. Black communities have pioneered the city’s social landscape, and it’s almost impossible to not want to write about it!

I want audiences who aren’t familiar with Black Toronto culture and who may not know young, Black people to feel like they have a better understanding of us. I hope that Black people from Toronto feel represented on stage. I hope that I motivate other young people to share their experiences of this city in whatever way they feel most comfortable.