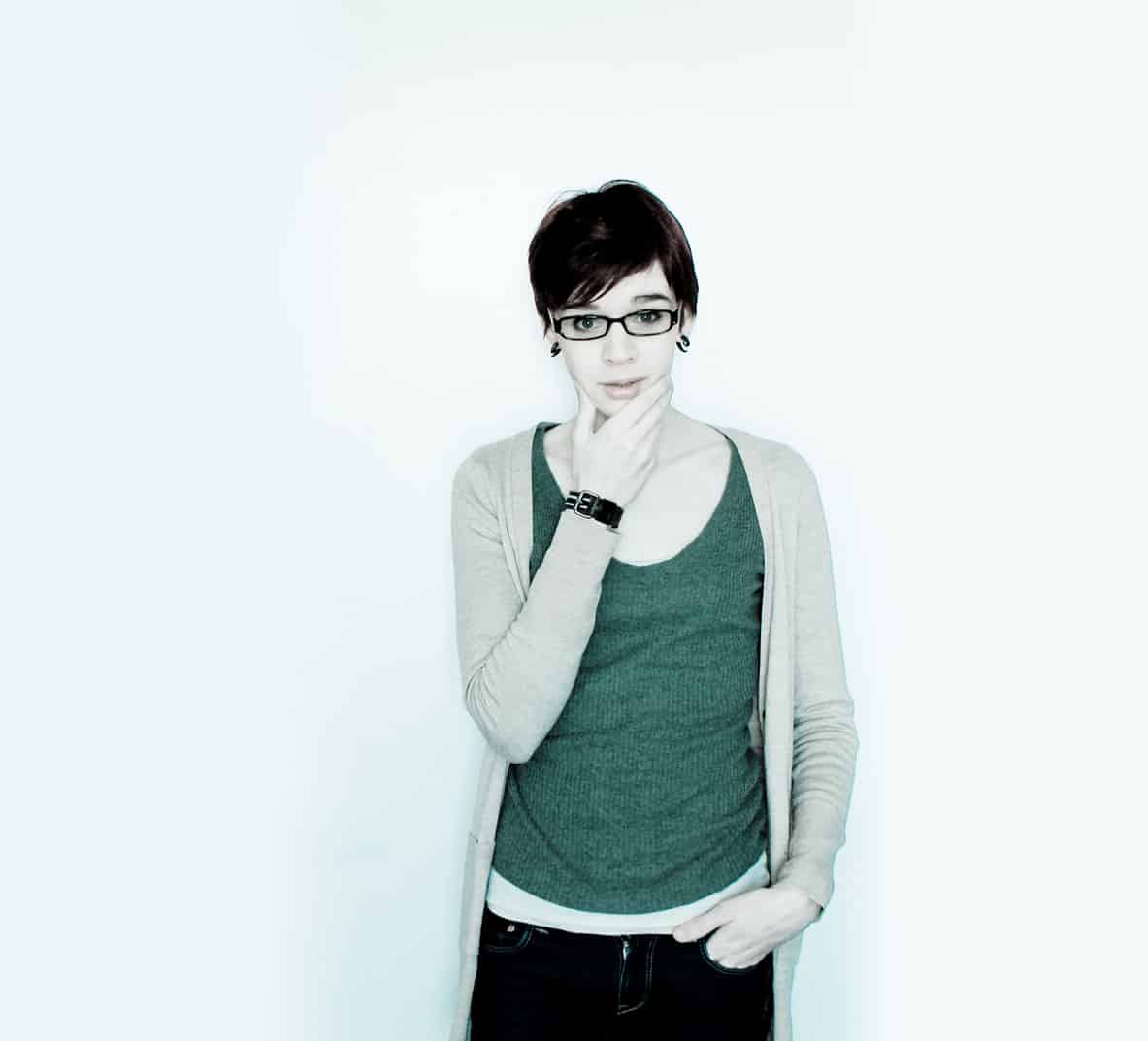 Avery Edison on Toronto, travelling while trans* and how things can get complicated

If you love Toronto like I love Toronto, you’ll know why I broke the law to stay there. I’d been living in the city for two years on a student visa, and when that was close to expiring I extended it on a visitor’s visa. When that, too expired, I just… stayed. I didn’t want to leave. I didn’t think I’d get another visa extension, but I wasn’t ready to vacate the place I’d called home for close to three years—three important years. I’d lived in Toronto when I was figuring out who I really was, and it felt like a part of myself was tied to the city.

I came to terms with the idea of moving back home eventually, and left in September 2013 after staying eight months longer than I should have. That was my crime, my breaking of the visa contract. I naively thought it wouldn’t be that big a deal if I tried to return, if I wanted to visit my girlfriend, my friends, and the town in which I’d made a home. Mostly, I didn’t want it to be a big deal, so I didn’t allow myself to think about the thing I’d done wrong. It was wrong, I know, but I tried to act like I was just another person entering the country on the eleventh of last month.

As it turned out, I wasn’t just another person. At first I was a suspicious case and within a short amount of time I was Avery Edison, the transgender woman who made headlines when she was detained in a men’s prison after being denied entry at Toronto Pearson Airport. Any naivety I had was quickly jettisoned when I Googled the name of the facility I’d been nonchalantly told I was being sent to—Maplehurst—and learned that it was a prison facility for men. The broad strokes of my story are already out there. You might have already read about it: how I waited for close to twelve hours in the customs and immigration area at the airport as officers did their job and interrogated me, went through my luggage, took apart every piece of personal documentation I had, and decided that I was not credible as somebody who was going to leave in three weeks on the non-refundable ticket I’d brought with me.

You might have seen the tweets I sent out at the time, letting them know what was happening, thinking that I’d be able to let my friends get a glimpse into the experience of being denied entry and sent back home. At the time, that’s the worst I thought would happen—that I’d get sent back to England. I thought just I was making a few jokes to pass the time before I hopped on a plane and returned to London. As you might have read in blogs or newspapers, the situation quickly became muddier. I was told that the supervisor to whom my case had been referred was passing it along, sending me to a hearing to determine my eligibility for entry. She told me that she had the power to release me, pending the hearing, or hold me in an immigration detention centre. She chose the latter because, according to her, it would get the hearing scheduled quicker.

You might have been outraged, as many were, that I was offered the option to go home, and that I refused, preferring to be detained. The real situation was, again, more complicated. I could have flown out that night, been back in the UK the next afternoon, relatively hassle-free, if I was able to buy a last-minute, $2000 flight on another airline, since the one I’d flown in on wouldn’t be making a return trip until days later. I didn’t have that kind of money, so I didn’t really have a choice. Besides, I thought, it’d be nice to be able to see my girlfriend, albeit in the visitors’ room of the detention centre.

And then, as you know, the situation got more complicated.

I’m a transgender woman. It’s not a secret; I’m very public about my experiences. I talk about being trans in my stand-up comedy, I write about it on the internet, and I even make semi-regular announcements on my Twitter to let any new followers who aren’t in the know realize that they care, in a small way, about a transgender person. I think it’s important to be out in terms of advocacy, and I think it’s important to be transparent when dealing with bureaucracy. Too much can go wrong if someone feels surprised by my gender identity, especially with the tools of government behind them, so I’d been upfront the entire time I was being denied entry. I told the customs officers that the “F” on my passport did not mean that I’d had reassignment surgery, that I still had male genitalia. And things got more complicated again.

Now my tweets started reflecting confusion—my confusion as my situation became less clear, and the officers’ confusion as they tried to work out what to do with me. I have a suicide attempt in my history, something they could see because Toronto police had helped me get to the hospital, and that made things even more complicated. I would need to be detained under suicide watch, but the co-ed immigration detention centre wasn’t set up for that. So they’d need to send me to a prison. But which one?

I can’t know the thought processes of the customs officials I dealt with that night. But I think they chose what was, for them, the easiest option. They sent me to a male facility, and told me that once I was there I’d be assessed by a nurse and placed in a male cell or moved to the female facilities. Maybe they truly thought that’s what would happen, or maybe they just told me that to calm me down until I was off their hands. As it was, as soon as I entered that male prison, I was there for the night. I was placed in solitary in a row of men who hollered and banged on their doors and made it hard to sleep. I was referred to by prison guards as “Sir”, and put in men’s clothes. I got that visit with my girlfriend, communicating through glass wearing an orange jumpsuit and a sleepless night on my face.

While I was in prison, those tweets I’d sent earlier had picked up steam, had been replied to and retweeted and sent around the world. My case had gotten attention, and my girlfriend worked tirelessly to make that attention mean something. I was moved to the women’s facility, and a few days later I had a detention hearing in which I was told I’d be allowed to go back to England. I was lucky in that I was able to see my girlfriend for a few minutes at the airport, able to hug her, and thank her. And then I was escorted to the plane. They kept my phone from me until I embarked, apparently worried I’d tweet again if given the chance. They were probably right.

When I came home, I was overwhelmed. I tried to process the experience while at the same time fielding requests for interviews and answering emails from concerned friends and strangers. I tried to get back a sense of normalcy, but every time I closed my eyes I saw the walls of my cells, or heard the unending cacophony of the men’s solitary wing. It’s been two weeks since I got back home. Some memories are starting to fade, to hurt less. I’m still sorting out my feelings, separating out the fear, sadness, anger, embarrassment, relief…

I know that I made a huge mistake. I know that this whole terrible experience started with me breaking an agreement. I know that the situation became more complicated through nobody’s fault but my own; that the lack of a stable life in England meant it wasn’t believable that I’d return there; that my suicidal history took the standard detention centre off the table; that my gender identity muddied things even further. I would apologise, if I knew who to apologise to, or if I thought it would mean anything.

There was a point in this whole saga when I started laughing. I mean, it’s kind of ridiculous how many things went wrong because of how convoluted my personal history is. I was denied entry because I wasn’t credible as someone who’d be leaving, but I think the real truth behind this entire nightmare is because I’m not credible as a person. I’m twenty-six in April, an adult by anyone’s standards, but I don’t have anything about my life even close to figured out. Is it an indictment of my generation’s supposed solipsism that the thing I take away from this traumatic experience is that I need to get my life together? Maybe. But it’s better than not taking anything away from it at all. I have to carry the weight of this incident for the rest of life, so I might as well use it as ballast for some personal growth.

So what of Toronto? Do I still love it the way I did when I decided to break the rules and stay when I shouldn’t have? Or have my feelings about the city been forever marred by the treatment I received? It would be easy to associate the mental and physical suffering I went through with Toronto, with my efforts to get back there. But instead, I think of the hundreds, maybe thousands, of Torontonians who supported me when I was detained. Everyone who retweeted me, or emailed me, or wrote a story about me, or contacted their MP or councilor. Everyone who made sure that I was being helped, that I knew that the city cared about me the way I cared about it.

The city didn’t give up on me, so I’m not giving up on it. And if you love Toronto like I love Toronto, you know exactly why.