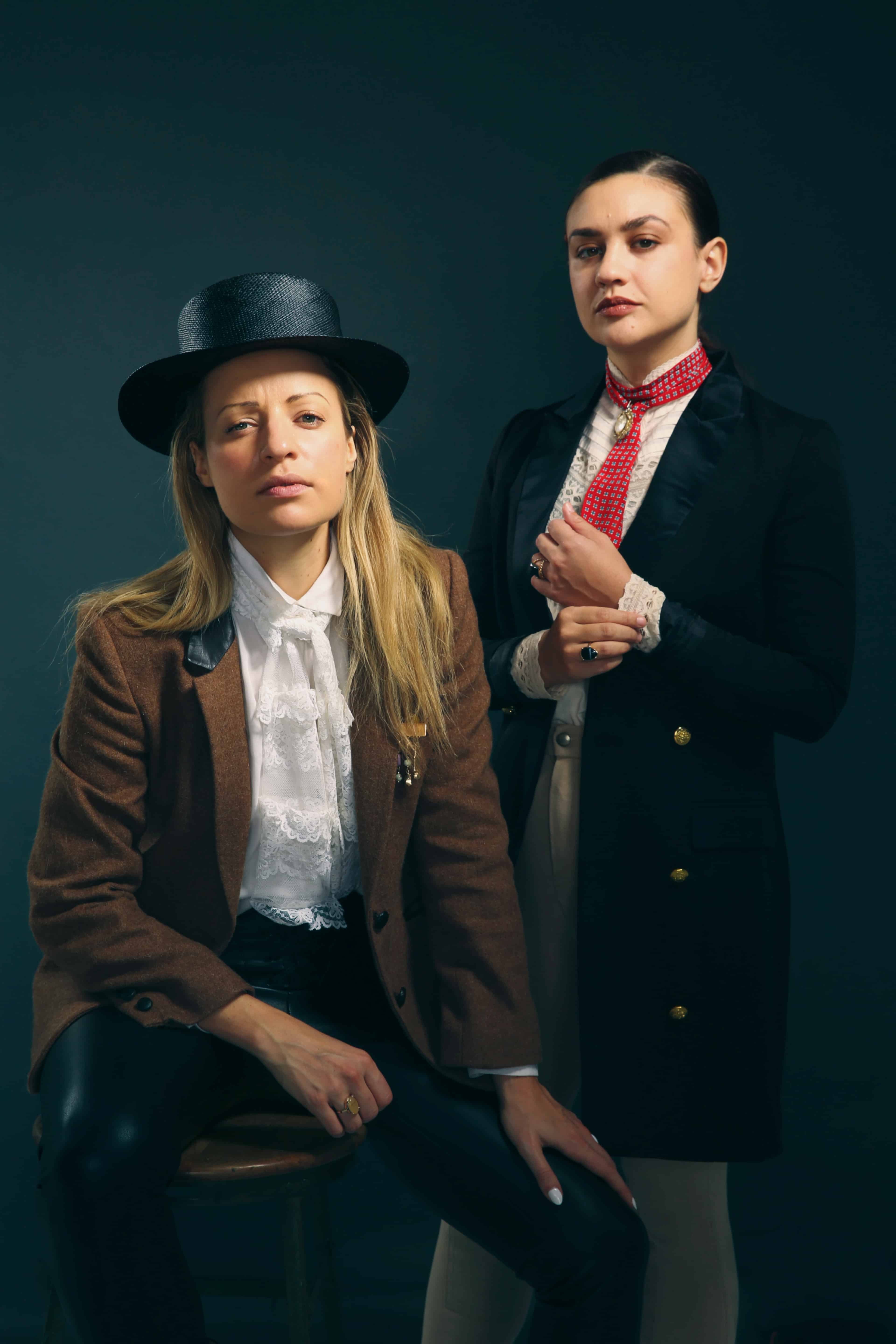 When they set out to make a short-form series about queer culture, college friends Gwenlyn Cumyn and Karen Knox decided to make the show they wished they’d been able to watch as young women. What followed was not only an award-winning series but also a love letter to Toronto.

BARBELLE follows the story of a newly famous Toronto-based pop-star duo, Veronica Vale and Alice O’Hara, whose meteoric rise to stardom has led to a blitzkrieg on their personal lives.

After its highly successful debut (and with over four million views to date), BARBELLE returns April 10 on KINDAtv with an all-female creative team, ready to turn the gaze on Canada’s blossoming artistic landscape. Season Two will be serving up the series’ classic flare and humour while rounding out the story with an exploration the #MeToo movement through a queer lens, adversity facing women in the music industry, and the nasty effects of an over-curated digital identity on the psyche. Check out the trailer here.

We caught up with Cumyn and Knox this week.

SDTC: How did you two meet?

Like most critical millennial adult friendships, we met in college, getting ultimately useless degrees while forming extremely useful relationships. That’s really what going to a small liberal art college is for, right? Speed dating with other artists until you find your creative soulmate? Anyway, we got real lucky, and the art marriage has been flourishing for over a decade now!

Why was it important for you to create this series, and how did it come to be?

We love Toronto. We love queer culture. We love good jokes. BARBELLE was the sort of show we wished we had been able to watch as young women, [when] the pickings were slim when it came to nuanced queer characters/stories. We wanted to make a show that allowed the characters to just be gay and operate in the world where that wasn’t the sum total of their existence.

Queer representation is definitely getting better, but so often mainstream media makes the orientation of characters so central to their overarching narrative. Sometimes, lesbians just need to eat hamburgers, and walk their cats, and not have their forbidden love of a best friend dominate those experiences.

This is going to sound really basic, but we love it when we have an “original” thought. The thing that turns us on the most about other artists’ work is when we see something we’ve GENUINELY never seen before. We’re at a point in media-making where narratives that have been sidelined for so long are finally getting screen time, and holy shit has that ever opened up the spectrum of storytelling.

We’re not really interested in making things people have seen before; we want to keep exploring the dark corners of marginalized stories and give them opulent-ass mansions to be showcased in. That’s a nice feeling.

What makes BARBELLE different from other series/films that focus on queer narratives?

Beyond diversifying the narrative that has dominated a lot of LGBTQ+ media, we also looked at some trés apropos 2019 topics through a queer lens. When we started writing the second season in 2018, our new feeds were dominated with #MeToo stories. It was a topic we couldn’t ignore, and we wanted to address what that story might look like in a queer context.

What do you want audiences to take away from BARBELLE?

That Toronto is SO F#$%ING cool. Seriously though, we were lucky enough to work with so many talented artists on this project. Beyond the all Toronto local cast/crew, we also got to showcase a number of Canadian musicians, including Cat and the Queen, Maylee Todd, Bossie, Tika the Creator, Tush, Victoria Long (who also happens to be our DOP), and more. The music scene in Toronto has always been fire, but right now feels like a particularly hot time.

What can we look forward to in Season Two?

The series has definitely “glowed up” in many ways for the second season. A bigger audience meant more hot cash dollar dollar bills to make the show, so we were able to make our indie dreams shine just a little bit brighter for Season Two.

We also got to write in three new characters we think (hope/pray/dream) audiences are going to fall in love with. One of them is based off of Karen’s ongoing obsession with former My Chemical Romance frontman Gerard Way. The character started off as a bit of a joke, underwent many transformations, and is now in the entire season. Is it just a bid to finally get a Twitter acknowledgment from Way himself…? No, definitely not. Maybe. But BARBELLE’s Gerard (played by Xavier Lopez) has definitely become his own thing and a character we completely adore. 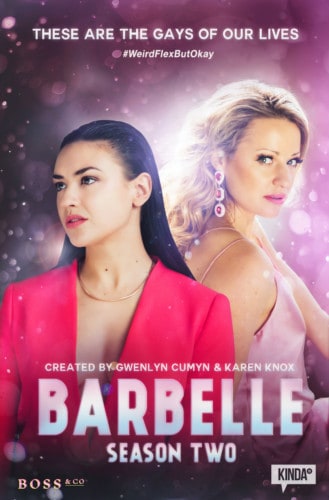