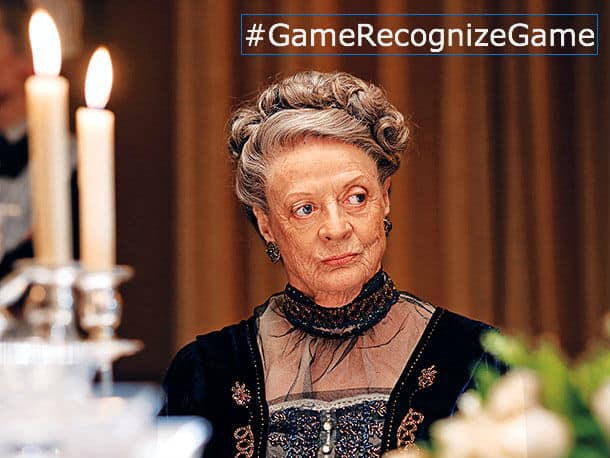 I have discovered, late in life, a team I can get behind. One with a strategy that thrills me in its deft execution but comforts me by adhering to a set of rules. A predictable rush, if you will.

Downton Abbey is my Playoff Season

I have never understood sports.

I mean, I understand why people like sports. I understand adrenaline and loyalty and the appeal of sharing those things with a large group of people in a structured system that involves no true emotional risk. These are things that make sense and seem appealing to me. But I have never been able to truly understand the decision to expend time and emotional effort to engage with a spectator sport in any real way, let alone more than one. Until now.

I never realized that loving something this way transcends decision making. This love—like all love—is not a choice. I have discovered, late in life, a team I can get behind. One with a strategy that thrills me in its deft execution but comforts me by adhering to a set of rules. A predictable rush, if you will.

Yes, I understand that sports fans may object to my comparing the matriarch on a scripted period television program with the theoretically unscripted games that take place in the “major leagues,” but give me a moment. First of all, the on-set conditions of Downton Abbey are said to be so harrowing that many actors simply can’t cut it. Only the best of the best can participate in this gauntlet of long-shot, heavily-beaded-garment-clad champions. Secondly, while I acknowledge that the predestined nature of a serial television program may lack the element of surprise inherent to a “sporting match,” I don’t know what’s going to happen on Downton Abbey any more than you know what’s going to happen on Sports. What matters here is that watching the Dowager Countess (Maggie Nation, y’all) manipulate people into doing things for their own good inspires in me the kind of uncontainable glee that makes me shout things at the empty air in my apartment and wish I had a Fantasy Downton Bracket (I am very good at predicting things that will happen on Downton Abbey).

Then I could lord my ability to see the Countess’ moves three steps before they play out (and my ability to see spoilers on Twitter before my British ex-pat mother, who doesn’t have Twitter) over someone other than… well, my mother, who is the only person who will talk about Downton Abbey with me. Except she was so upset by the end of Season Three (The real fans know what I’m talking about. This isn’t just about having something to talk about around the water cooler for me, you know? This is in my BLOOD! Were it possible, I would purchase hundreds of those temporary face tattoos in the shape of the Grantham Crest despite the obvious flaws in the class structure possibly endorsed by the program) that now she won’t watch it with me any more. But it’s okay, I just text her all the plot points in block capitals because I know, in her heart, no matter how much she tells me she’d really rather watch something else tonight she’s just as big a fan as I am. Well, almost as big. No one really loves Team Dowager like I do. #GameRecognizeGame