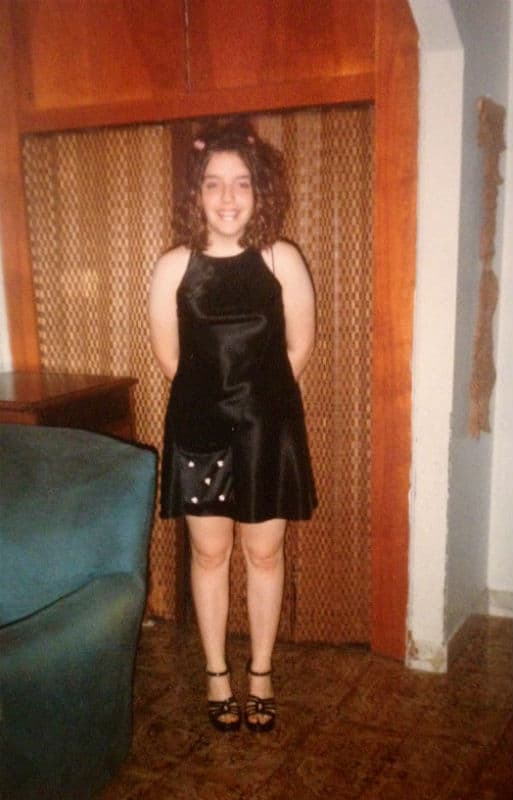 Failing at Prom and Winning at Life: An Introduction

The year was 1998. While Tori Amos sang about oral sex on her newly released From the Choirgirl Hotel, Bill Clinton attempted to redefine its significance to the world. Personally, I wondered how many of my classmates were going to have it in the near future since I was graduating high school and prom night, a delightful evening of sexual tension and undercooked meats, was fast approaching.

Everything I knew about prom was based on my subscription to TEEN magazine (luckily I’d yet to read Carrie), a publication I hated yet couldn’t resist. What that rag never mentioned is that prom-bombing is infinitely more fun than succeeding. So for any young readers prepping for a winning night, consider the joy that can come from failing at it. Here’s how I did it.

According to TEEN magazine, shopping for prom was the quintessential female bonding experience, in third place after bachelorette parties and group bikini waxing. And if group bikini waxing was ever a viable service, you could probably receive it at Montreal’s Boulevard Shopping Centre, an outlet mall on Jean-Talon and Pie-IX—dingy home to the pain of broken dreams lessened only by reasonably priced footwear. It was also the home to the Winners where I bought my prom dress for $40.00 on a day my girlfriend and I were just looking for new, uniform-regulation shoes. She’d never seen me in anything that fancy. The surprised look on her face and comment of “Wow… you have to get that” was only outdone a few weeks later by my grandmother saying “You look like a lady” when she saw me in the dress which was subsequently outdone by my mother’s “It’s too short” comment. (Loving clothes more ‘cause your mom hates ‘em is real female bonding.)

2. A DJ Almost Ended My Life

I remember getting stomach cramps after the prom DJ forced everyone to do high kicks to “New York, New York,” inadvertently proving my mom’s concerns about the dress’ length were legitimate. Three lessons learned here: a) Be picky about which DJ instructions you follow. b) Never dance after eating questionable steak. c) Your mom knows best but never let her know that.

I didn’t have a date and I didn’t have game, but I did have a game plan: my limo to the prom was going to have eight boys in it. All I needed was for one of them to fall in love with me and the night would be a success. I unfortunately hadn’t thought through this simple numbers game, only realizing once I got in the limo that most of them had hearts that belonged to other women. A bit of a bummer at first (remember, I’d paid $40 for a dress, guys) but as the night progressed and petty fights and jealousies broke out between couples, I thanked my lucky stars I got to be the omniscient voice in the John Hughes movie that had become my life.

Much like the Oscars, I figured prom was all about the after party. But instead of the rousing, impromptu game of beach croquet I’d been promised by TEEN, my post-prom activities centred on having to take the worst piss of my entire life. After ditching a tacky dance club in Laval my limo group of gents had set their sights on, I went to a nearby café and got an Irish coffee. Cut to an hour later, when the combination of liquids hit my bladder with full force. Cut to me, running down Saint-Catherine at 3am, practically crying over how much I had to go, finally settling for the dirty washrooms of the Burger King next to Phillips Square. Relieving myself was pure elation. I’m smiling right now remembering that relief.

My need to stop prom proceedings to pee, along with our group’s indecision and a lost limo driver meant that we just missed our friends at every location we’d tried to converge at. From Mount-Royal to the Old Port, we kept arriving after our classmates had left. A bit annoying, sure, but there was something humbling and magical about being at those city landmarks in the dead of the night without worrying about getting stabbed. It’s also one of those memories I know the ubiquity of cell phones has rendered impossible to re-create, i.e. one less thing for you to worry about, my dear prom-goer. You’re welcome. 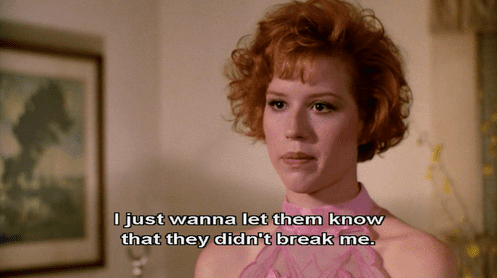