In between Halloween and the Obama celebration dance, there was an event in Toronto that brought forth several hundred Hitchcock-ian do-gooders, along with their shoulder perched birds, to the bowels of the convention centre.

With net profits of over $10, 000, 000 since its onset in ’86, Fashion Cares (this year Fashion sCares) is our city’s most fabulously fashion fundraiser for the Aids Committee of Toronto. A night of parading, posing, dragging and dancing; this was certainly the most attended adult costume party in Canada last weekend. 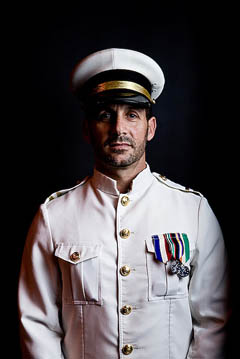 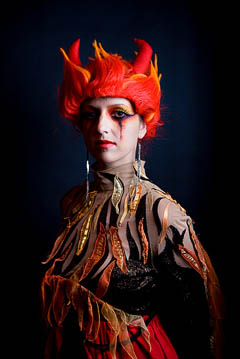 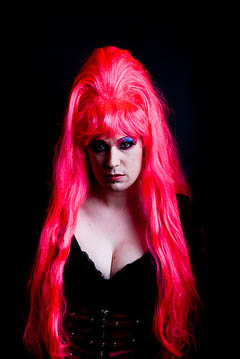 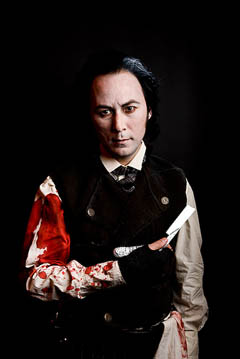 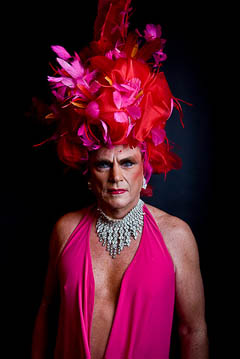 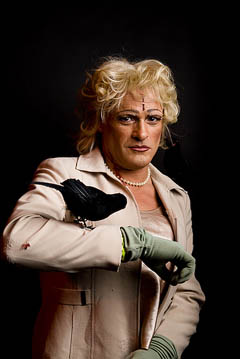 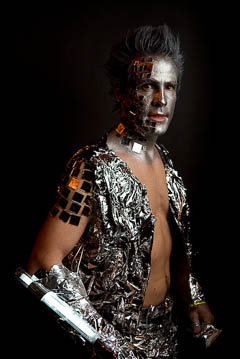 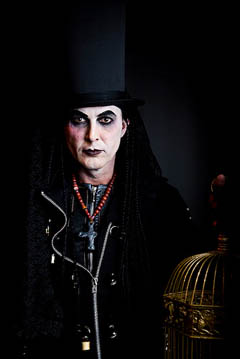 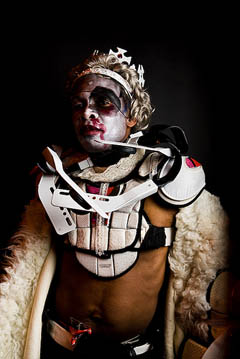 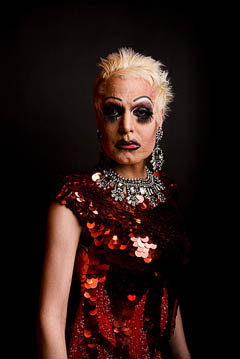 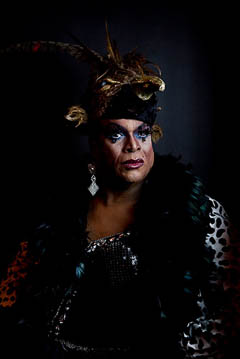 The night began with a panic on what to wear. Cursing myself for tossing out those fake black crows six months prior – the only Hitchcock plan I could devise in short time was to rip the shower curtain off the rod – wrap it around my naked body, wet my hair and  pour blood from head to toe while constantly appearing to scream for dear life. However, since we recently invested in a new curtain this idea was swapped for plan B: Axl Rose.

Arriving at the Metro Convention Centre with MAC makeup lining my lips and teeth, I expected a dizzying amount of fluttering spooky costumes but was instead met with jackass number one:

Was I in the wrong place? I approached a security guard and he advised me to take two sets of escalators and a tunnel, and a staircase and a bridge. After what seemed like a mile long walk in an airport, I finally knew I was in the right place when found a drag queen wigging out (literally), while being escorted by six guards and an EMS crew on stretcher. It appeared that the most distressing part of her meltdown was not in fact being pushed out horizontally into ambulance but being forced to remove her long locks. FASHION FIRST PEOPLE!

We followed Edward Scissorhands down the escalator, wondering if we’d ever in fact find the party…but finally after walking the red carpet we were met with not hundreds but thousands of fun-d-raisers.

Arriving just in time for the costume contest, we seated ourselves four hundred feet away from the stage and squinted our eyes to clarify the Planters Peanut man get-up, or in this case Monsieur Peanuse (pronounced ‘penus’) We will excuse the fact that a peanut in French is actually an ‘arachide’ and let the strutting peanut man pretend he is a walking, talking Parisian penis of sorts.

Having neglected to bring our binoculars, those with us who had swapped glasses for succubus wings were sorely disappointed.

The best part about a caddy costume contest run by electro pop tarts Fritz Helder and the Phantoms and statuesque model Yasmin Warsame, was that judges decisions and audience applauds aside, results were somewhat ignored. After fifteen minutes of parading, applause meters, etc, Warsame just crowned someone else; bitchy but humourous.

Katy Perry then stormed the stage with her naughty number “I KISSED A GIRL”. This was followed by some other song that evoked remarks such as, “Oh, she has more than one song?”

In much need of wine, we hobbled in our asinine high heels to the bar and were met with a few awkward hetero men – clearly feeling out of place.

Hunched over with looks of disappointment, they tried to pull us into their misery: “I don’t really get this.” Sorry straight man – we are here to have fun!

Following their claims of non-engagement, they admitted that there was no point in attempting a costume realizing that next to a guy bending over and flexing his ass in silver butt-hugging shorts and three inch pumps – they got nothing. Agreed.

Once the overly long show was over, those high on spirits moved to the narthex of the convention centre for a dark and debaucherous after party. Things started to feel like a grade ten semi-formal when our noses caught wind of wafting marijuana, while our eyes grew bigger watching drunk vampires attempting to bite the necks of hot young sailors.

We bumped and grinded next to Sarah Palin, John McCain and skipped down an imaginary yellow brick road with a demented version of the Wizard of Oz gang. After a poor attempt to take over dance circle with an Axl Rose worm dance we decided to make the long and overly lit journey back to Front street.

Ascending up the escalator, we noticed a familiar face from behind the window. Drag queen who had been escorted to hospital three hours prior was now being whisked back in a cab. Opening the door she boisterously slurred to cab driver “I HAVE TO FIND MY BOYFRIEND”. We watched as she flew into the convention centre and attempted to go down the up escalator; once again stopped and aided by caring guards.

Yet another reminder that organizing a battle of decadence between Shedoesthecity and Church Street drag queens is definitely in order.