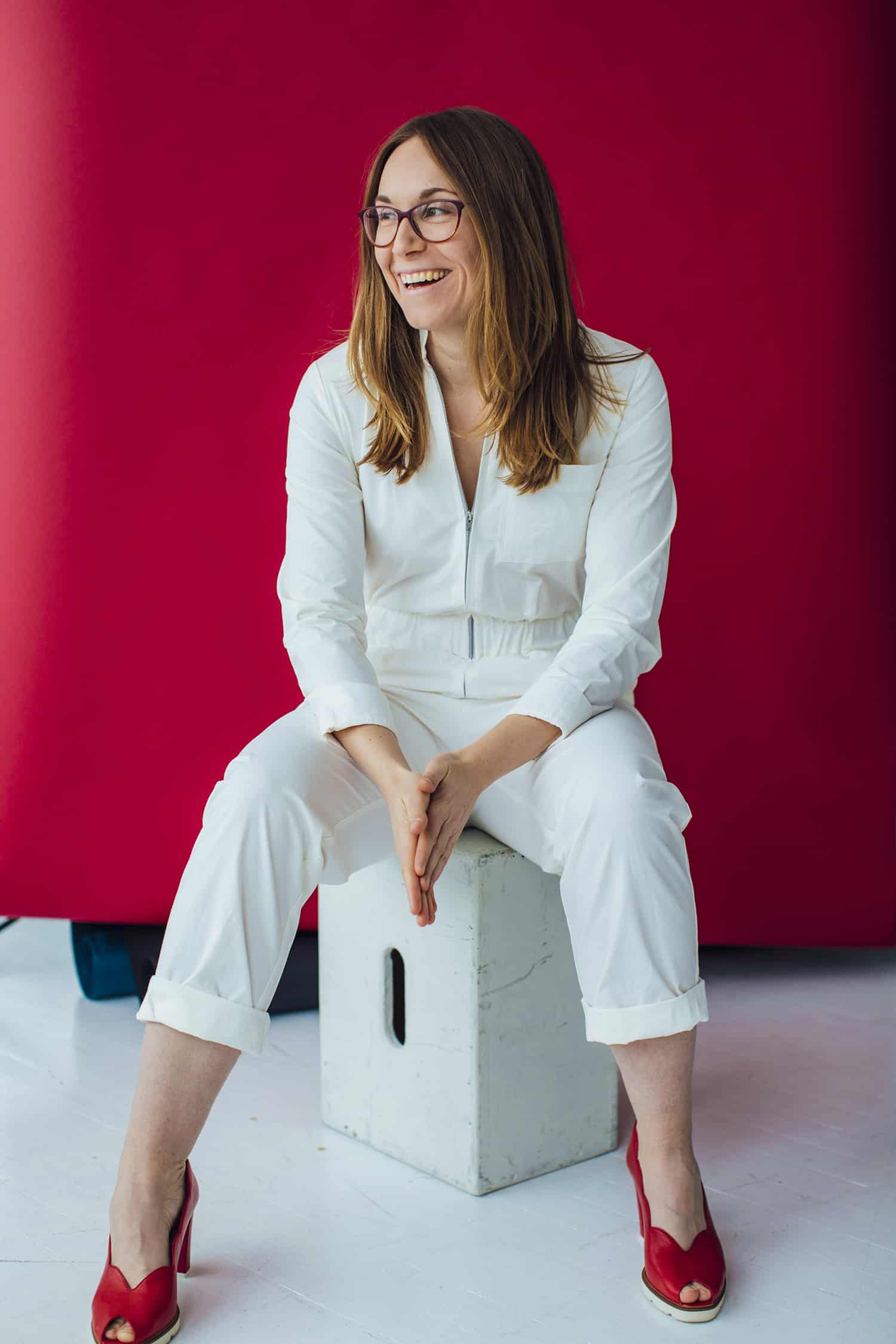 Award-winning director and filmmaker Jordan Canning is best known for her multitude of work on major film and television productions, including Schitt’s Creek and Burden of Truth. Her short films have played at festivals all over the world, including the Tribeca Film Festival, the Toronto International Film Festival and Interfilm Berlin.

She was recently nominated for the 2019 Canadian Screen Awards (happening March 31) for Best Director for her work in the third season of Baroness von Sketch Show.

SDTC: Congrats on your nomination for the Canadian Screen Awards Best Director award! How did you find out about your nomination, and what went through your mind in that moment?

JC: Thank you so much! It’s such a huge honour and I feel very thankful and proud to be part of the Baroness team. When I found out, I was on my computer in the middle of a big script rewrite, and an iMessage popped up from Jeremy Lalonde (who directed the other half of BVSS Season 3) saying, “Congrats!” Honestly, I had totally blanked on when the announcements were being made, so I was momentarily confused. But once the fog cleared, all I felt was giddy excitement!

Having worked on women-heavy projects like Baroness Von Sketch, how do you feel about the status of women film directors and their progress?

I’m incredibly lucky to work on a show like Baroness that honours female voices and puts women at the centre, and I do believe that more shows—at least in Canada—are making a concerted effort to hire more women to direct. Compared to even five years ago, I can see a change.

But that’s not to say it’s time to dust off our hands and declare “Okay, we did it!” We need gender parity across the board. Producers and creators have to continue actively hiring more women, people of colour and diverse voices, or any progress we’ve made could easily backslide.

What do you love most about working on shows with a female-centric cast?

I’ve been fortunate to work on a number of projects with a female majority at the helm, both on screen and behind the camera, and there is 100% a different energy and tone on set. The bullshit and ego you can often encounter in film need not apply, and a priority is made to ensure that everyone on the team feels like their voice can be heard. It’s very supportive and inclusive, and that makes for a more open, welcoming environment, and that leads to better work being made. And then there’s just the general awesomeness of getting to work with so many incredible, inspiring women every day!

I’ve struggled for a long time with life/work balance. I have a tendency to overload myself, to say yes to everything and take on as much as I can handle (sometimes slightly more than I can handle). I think there’s a fear surrounding saying no to things, whether it’s just FOMO, or a deeper worry of “What if the offers stop coming?” But I try hard not to let either of those anxieties rule my decision-making.

Directing is an amazing job, and I feel very privileged to be able to do it for a living. But it does take a lot out of you. I have felt the edges of burnout, and I don’t want to let myself get too close again. I’m working on being okay saying no to things—even things I would love to do—to give myself the time and space to recharge between projects. I have a lot of ambitions and goals I want to achieve, but I try to remind myself that I don’t have to do them all at once. Keeping healthy and sound is more important.

Do you have any advice for women who want to break into directing for TV/film?

Be assertive. Know what you want and communicate it clearly. Don’t be afraid to ask for help, but also don’t be afraid to stand your ground if someone is trying to undermine your confidence. Trust your instincts and don’t let anyone sabotage you.

Currently, I have episodes of Schitt’s Creek and Little Dog airing on CBC. I also have two music videos with Tim Baker coming out in the next couple of months. I’m working with amazing Toronto animator Howie Shia on a short NFB animation called Four North A. And later in 2019 I will hopefully be shooting my newest feature film, Oddly Flowers.