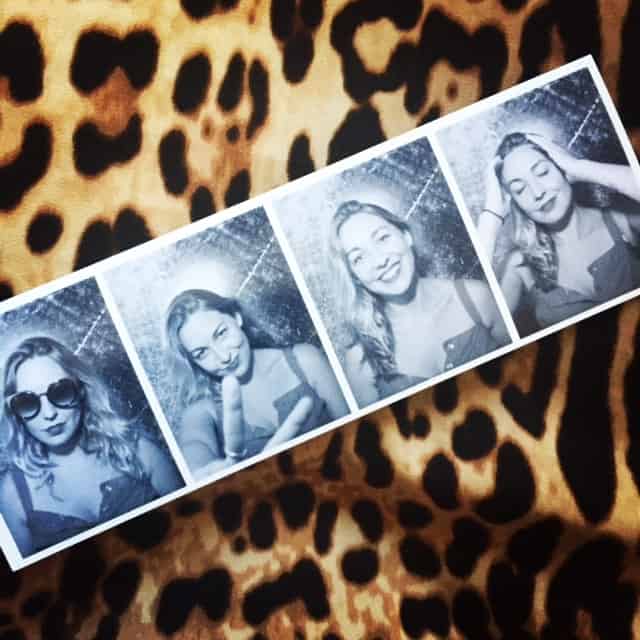 Filmmaker Molly McGlynn on Threesomes and Finding Your Confidence to Create

Whose tongue goes where first? What happens when only two out of three orgasm? After that, is it over?

Threesomes can be quite awkward. “After you and your partner have sex with a stranger, what does that moment look like?” It’s a question that Molly McGlynn set out to answer in her short film, 3-Way (Not Calling), which premiered yesterday at TIFF and stars Emma Hunter, Kristian Bruun, Emily Coutts and Marnie Van Dyke.

“If you are a successful creative, you will have been rejected at key moments during your career,” says Molly over tacos at The Drake Hotel. “Success is very much about endurance.” It’s been a marathon to get where she’s at and it was only possible when she mustered up the nerve and confidence to begin.

Ten years ago, Molly was an intern at TIFF. Although she had completed her undergrad in film, the idea of actually being a filmmaker didn’t seem to be plausible. “If you are a creative person and you are working in facilitating a cultural organization, you get this itch and you’re like, ‘I think I can do that,’ but you just don’t have the confidence.”

When she left TIFF to work with revered filmmaker Deepa Mehta (whose film, Anatomy of Violence, will also premiere at TIFF), her itch became red hot. “Working for someone prominent and established really motivated my own work.”

While she made her first short during the time she worked for Deepa, it still took Molly a couple of years to find her voice. “My friend Marnie Van Dyke, who is a writer and producer, wrote this short called I’m Not a Weird Person about a period of depression where she was often with my black cat, who she hated. She asked me to direct it, and I was like, ‘We’re not ready, we don’t have time, we don’t have money.’ But we made it, and it did really well. That was the thing that gave me some confidence and made me say, ‘I can do it.’”

It was the kick she needed to keep making films, and as she continued to toil away, opportunities began to arise. Beyond having her short at the fest, Molly is also a finalist in TIFF’s Pitch This competition for her upcoming feature, Mary Goes Round, which was recently selected as a Telefilm Micro-Budget film and supported by the Harold Greenberg Fund.

She admits to me that with all the exciting things on the horizon, she’s nervous, but when she starts to freak out about pitching her project on stage, or entering the festival now as a filmmaker, she recalls advice given to her by a friend: you have to trust that you have the right to take up space in places.

As someone whose known Molly for years, who also spent time after university as an intern for TIFF, seeing her on stage pitching or at the premiere of her film is both joyous and invigorating.

For those who aren’t sure where to start or how to find their own voice, the answer is simple: keep at it! Eventually, something has to happen. For Molly, it’s happening all at once. How very, very cool.