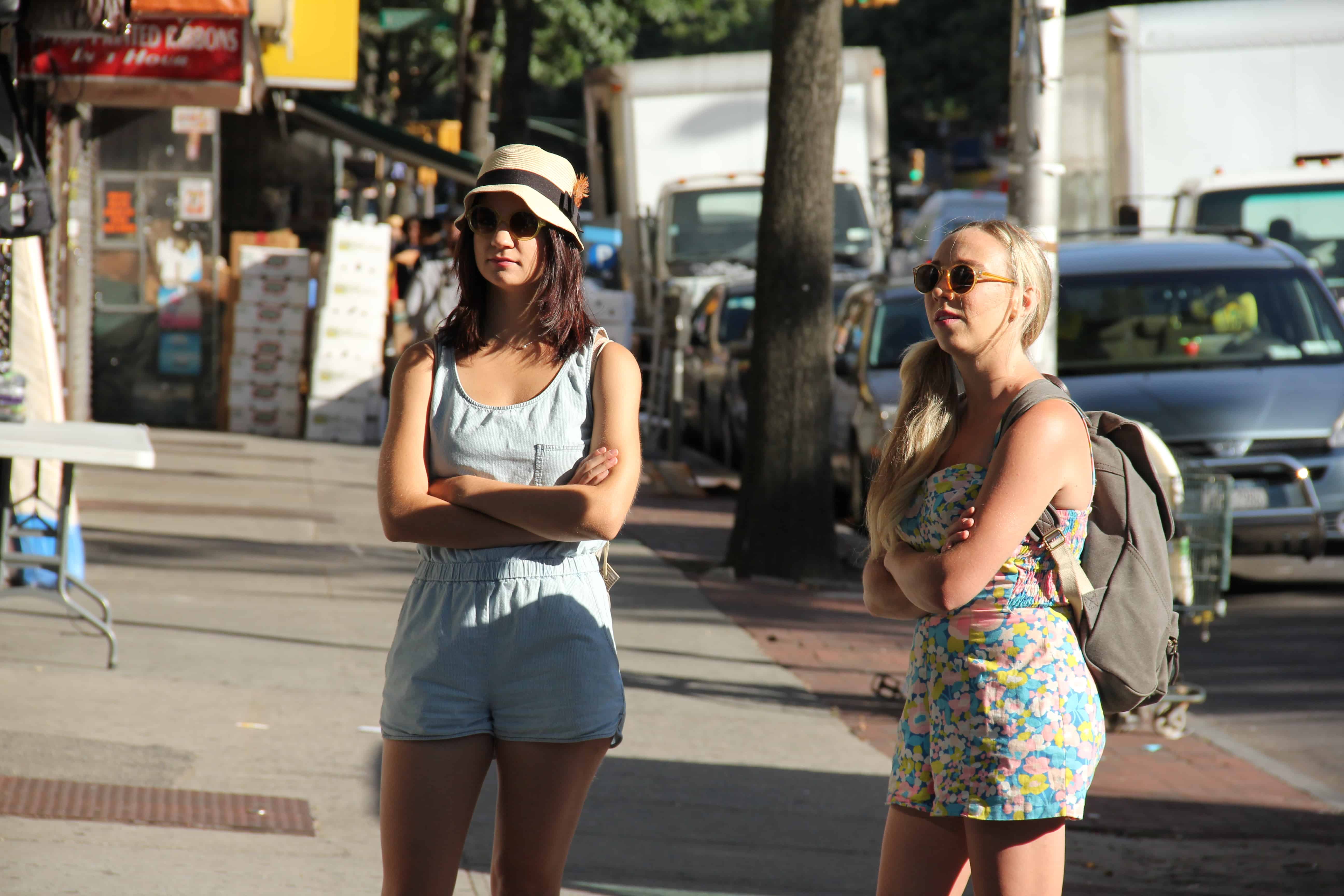 "I think when you confront things about life that you'd like to believe exist, but don't, then the reaction is to cringe."

First, they hit the park to score some Molly, and then, leaving the comfort of their Brooklyn bubble, they are met with one obstacle after another, as they pedal their way to the coastline.

Fort Tilden is the indie breakout film of 2015 that will have you simultaneously cringing and laughing. With whip-smart dialogue and persuasive performances, the film captures the authenticity of an Instagrammed life that is steered by a constant quest to share our best moments and moods with the world.

On a crackly call, we caught up with writers and filmmakers Sarah-Violet Bliss and Charles Rogers to talk about their first feature length collaboration that is winning over audiences and critics alike.

SDTC: Who are Harper and Allie? I see them everywhere bicycling around in rompers and oversized shades.

Sarah-Violet Bliss: They’re a combination of a lot of people that we know, and for better or worse, parts of ourselves. When we thought of the idea of two girls trying to get to Fort Tilden, we both inherently knew what that meant. They are the kind of girls who have a hard time even just getting out of the house, and so everything else they encounter that day is going to be much harder. 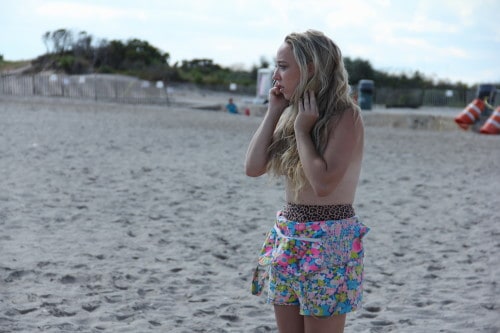 SDTC: Harper and Allie make a lot of irresponsible and selfish decisions, while also being likeable characters. Are they self-centered, spoiled bad people? Or are they just lost and confused?

SVB: They want life and things to be more comfortable than they are and want to do great things in the world but that’s not really what they’re made out of. They’re mostly just having a hard time figuring out what they’re good at and what it is that they want to contribute to the world, if anything.

SDTC: Do we all go through a period like Allie and Harper when we’re young? Where we are trying to figure out what to do, but in the process we’re not really doing anything?

CR: I think it’s a frustration specific to twenty-somethings and being at a crossroads in your life. A big theme in the film is lying to yourself, and that’s a universal thing. I think every generation has their version of this problem.

SDTC: What conversations do you want to inspire with Fort Tilden?

SVB: I think, like what you already mentioned, people will talk about whether they’re bad people, whether they can relate to them, and how the movie makes people feel about themselves. I think it’s fun to talk about that co-dependent relationship that isn’t necessarily good or bad, but maybe stalls you.

SDTC: After some of the messy situations they inflict upon themselves, and some of the interactions they have during this forever day to the beach, will they grow and change?

CR: A lot of people say that the movie is cringey. I was thinking about what makes something cringey. I think when you confront things about life that you’d like to believe exist, but don’t, then the reaction is to cringe. Part of the conversation around this movie is whether these characters find redemption and whether they’re able to change. I think that’s interesting because it means that people would like to believe that everyone changes for the better.

SDTC: I think we also cringe because we see parts of ourselves in these characters, in this particular subculture of society. The question is, what is messed up about our Instagram culture that is literally obsessed with sharing photos of ourselves and every single freaking experience?

CR: By nature, entitlement and identity are complicated, and there is something messed up about selfies, but at the same time, there might be something healthy they’re exploring in terms of identity. For me, I’ve been thinking lately that what’s messed up in this generation is there’s too much defensiveness, and that’s why identity matters so much. That’s why there is so much irony, as you’re trying to second guess the response you will have in the world, and I think that prevents you from flowing with your true nature.

Are we sharing and posting to give meaning and value to what we do? Do we choose experiences based on the images they’ll project to our audiences? What in God’s name is steering our lives – our wants and desires, or our social media presence? Likely (and sadly) it’s both. Now go watch Fort Tilden, laugh until you piss yourself, and share your thoughts with #FortTildenMovie.