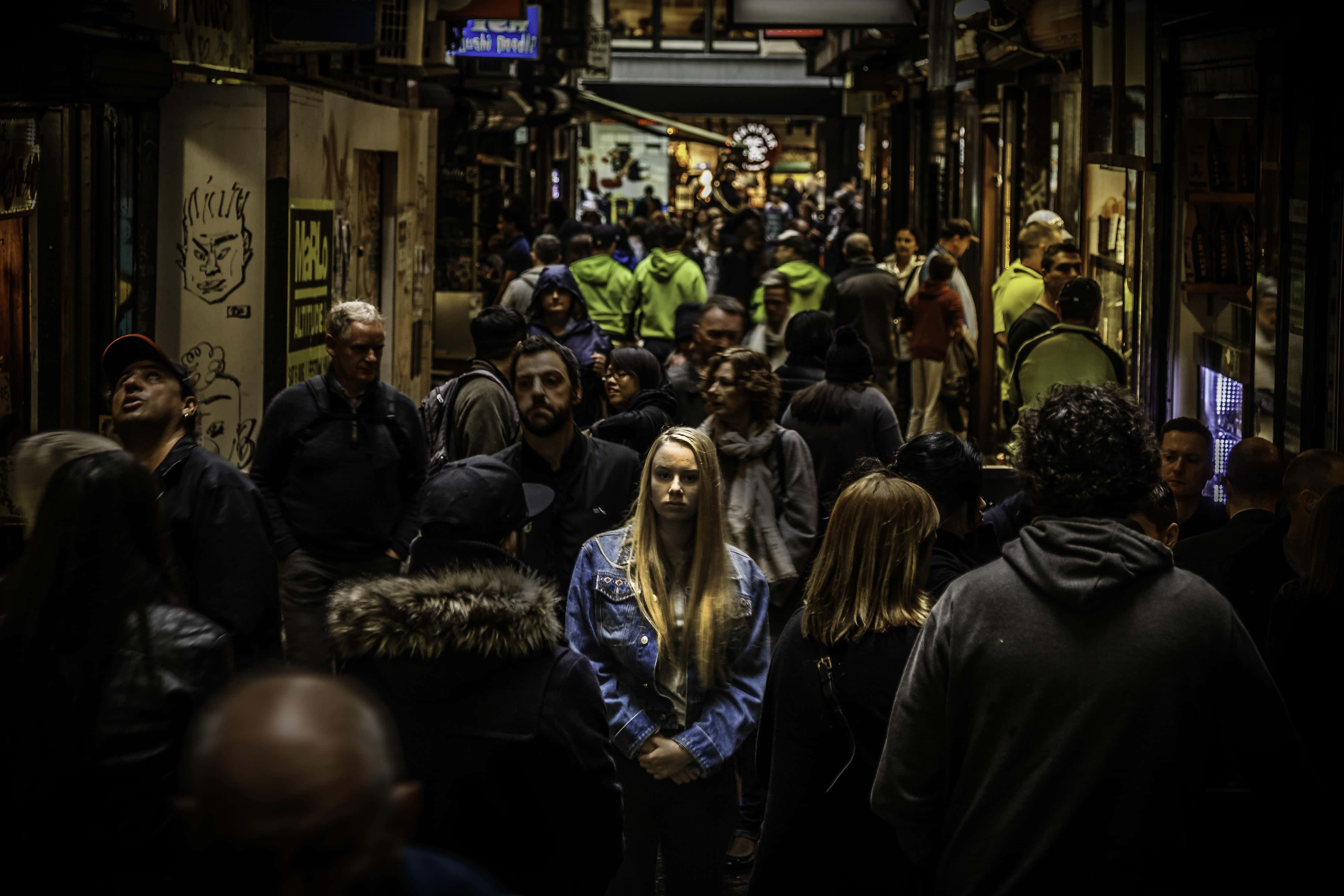 From Leaving Home to Shopping for Crackers: My Struggles with Anxiety

Grocery shopping is supposed to be a very mundane activity; however, if you’re like me and you struggle with anxiety, a simple Sunday morning shop can land you in a full-fledged eyes-welling-up-in-public panic attack. What a treat!

When did they change the layout? I can’t believe I forgot my list at home. Maybe I should just start with crackers? Why are there so many kinds? What goes best with baked brie? Have I been standing in front of the crackers for too long? Are people looking? Maybe I should loop over to produce and come back when I’m ready? Okay, I’ve been in here for forty-five minutes. How am I ever going to amount to anything if I can’t even get groceries? Sea salt and rosemary chips? Sure. I don’t even care what I get. I just need to get out of here and go home.

These are the kinds of thoughts that race through my mind every single day. Even the simplest of decisions like picking a box of crackers can feel like climbing Mt. Everest without oxygen.

I went home and unpacked my groceries and then proceeded to plop myself on the couch, which I was unable to get off of for the rest of the day. I was utterly physically and mentally exhausted. However, despite how tired I was, I still couldn’t stop my brain from questioning basically every decision I’d ever made. I covered everything from the three words I said to someone three months ago to whether quitting my job and moving to Toronto was the smart choice. I know it’s ridiculous and I know I should just make a decision and move on, but I can’t turn it off.

A very common misconception about anxiety is that the people with it don’t know how absurd the things they are worrying about are. Guess what? We do. But that doesn’t make it any easier to not worry about them. In fact, for comedy-inclined individuals such as myself, it actually makes it that much harder.

I once had a panic attack and collapsed on my kitchen floor in tears because I couldn’t decide whether I wanted tea or coffee. The comedian inside of me thought this was hilarious, which made it that much more frustrating to be crippled by the inability to decide which beverage I wanted.

I have always been an anxious person, but things got very dark very quickly when I moved away from home and went to university. I was taken away from my support system and my busy schedule and now had ample free time, which ended up just giving me time to focus on how unhappy I was. I desperately tried to be someone I wasn’t and when that didn’t work I became a hermit and barely left my room. I gained weight, skipped classes, and cried around the clock. I became someone I didn’t recognize. These weren’t exactly the best years of my life, like every college movie told me they would be.

Luckily, I was able to get myself out of my funk and found my own balance through healthy eating, running, making plans with friends, and giving myself downtime to recharge. This doesn’t mean that my anxiety is cured; it is simply how I manage it so that I’m able to go out (most days) and live my life.

About a year and a half ago, I took a leap of faith and got myself involved with Second City. I have now performed on stage dozens of times and have even dabbled in stand up. These are things I never thought I’d be able to do and what most people with anxiety fear the most: going on stage and not being allowed to plan anything. Not to sound like a total cliché, but the whole “yes and…” mantra is something that I try to apply to my daily life, and it helps.

Very few people in my life know about my anxiety and I’m generally a happy person, but days like Sunday in the grocery store remind me that despite how far I’ve come, my anxiety will always be there. It may be really hard at times, feel painfully lonely, and make me wish I could runaway and live on a boat somewhere, but I never want my anxiety to stop me from pursuing the things that I want to do.

So, be kind to those around you as I am a prime example of how you can never really tell who’s having a tough time and in case you were wondering, the sea salt and rosemary chips I purchased paired perfectly with the baked brie. Sometimes it all works out.