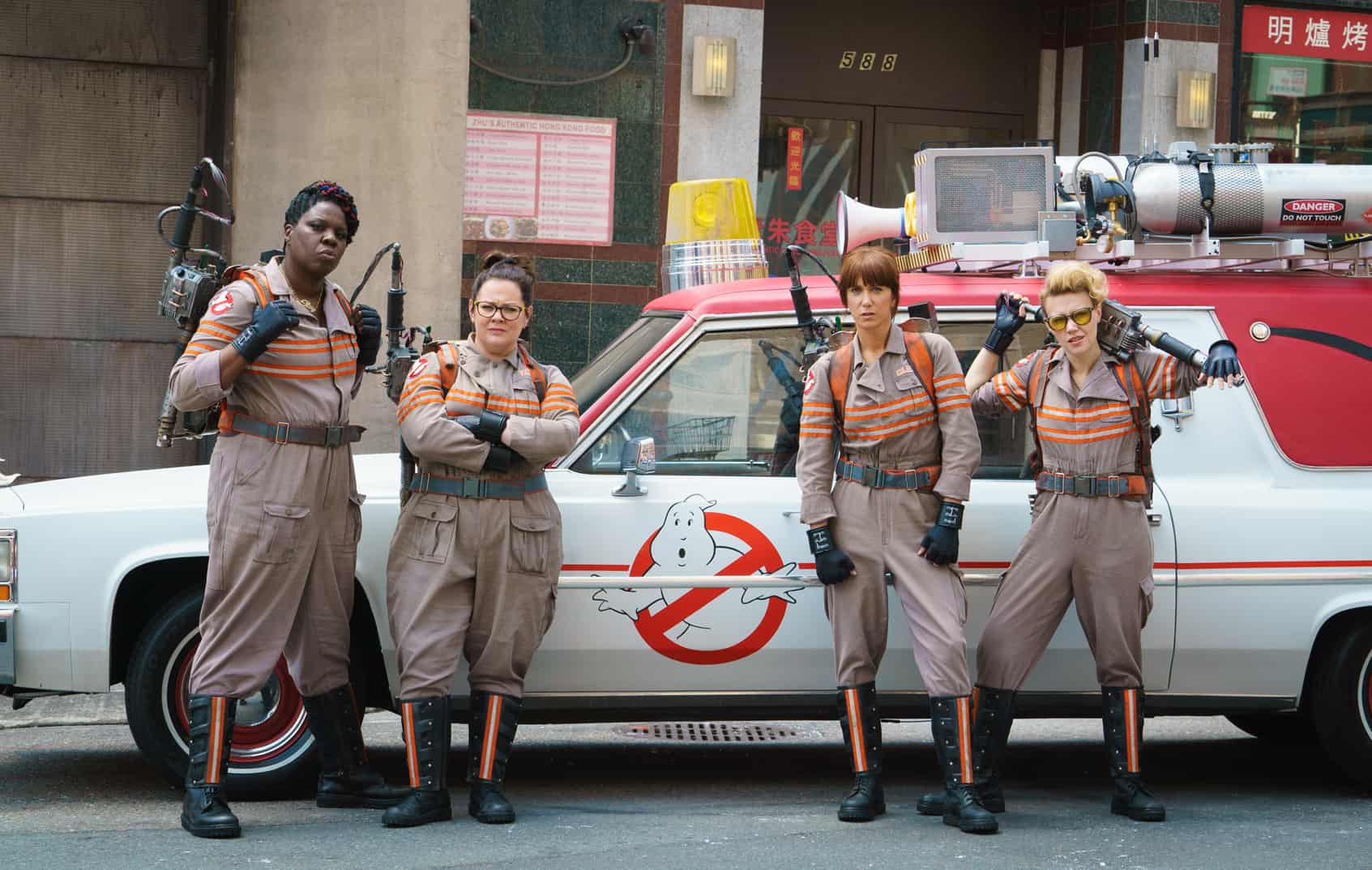 Haters Gonna Hate: Why We Still Think the New Ghostbusters Is Worth Your Time

“I hear the new Ghostbusters movie won’t have proton packs, the women will just bitch at the ghosts until they fuck off.”
“All-female cast burns me out.”
“Ghostbusters is now a chick flick wtf?”

Scraping the depths of YouTube and Twitter for these comments wasn’t fun, but since so much of the press surrounding this year’s Ghostbusters reboot focused on the backlash, it felt pertinent to include some of the very bad and terrible opinions to contrast them with the success of the film.

Thanks to the team behind Sony’s new Xperia phone, I got a chance to attend a screening of Ghostbusters at Scotiabank Theatre. Sony Movies made the film and the phone. (When I die I would like to be reincarnated as a multimedia tech conglomerate please and thank you.)

Self-aware yet silly, Ghostbusters includes enough material to please legacy fans as well as newcomers. The script even included a throwaway line about what a waste of time it is to listen to the opinions of comment board strangers (yet here I am: showing them to you).

The film is a rare feat, and one that movie distributors and studios ought to work hard to reproduce: a true family film. Parents can appreciate the fan service, and chuckle knowingly at the many cameos. There’s a broad scope of humour that can be appreciated by children and teens, without being crass or gross. The wide appeal could be pandering, but it avoids falling into that trap due to the knowledge of comedy alum Paul Feig, the man responsible for Spy, Freaks and Geeks, and Bridesmaids.

The camaraderie among actors is tangible, and a huge part of what makes the movie so enjoyable. It’s easy to forget that a film set is where people go to work, and that most actors don’t get to relax with their castmates because of the long hours. This is the second film that Melissa McCarthy and Kristen Wiig have starred in together, and the familiarity lends warmth to the film.

Rounding out the unit, we have SNL alums Kate McKinnon and Leslie Jones – both comics who got their acting chops by hashing out skits in the writer’s room. Chris Hemsworth looked like he was having the most fun in his role as an incompetent secretary, surely revenge for that old trope of the dumb (but hot) office help.

If you’ve got a couple of hours to kill on a hot afternoon, and a gaggle of people from different ages and backgrounds, consider this film.