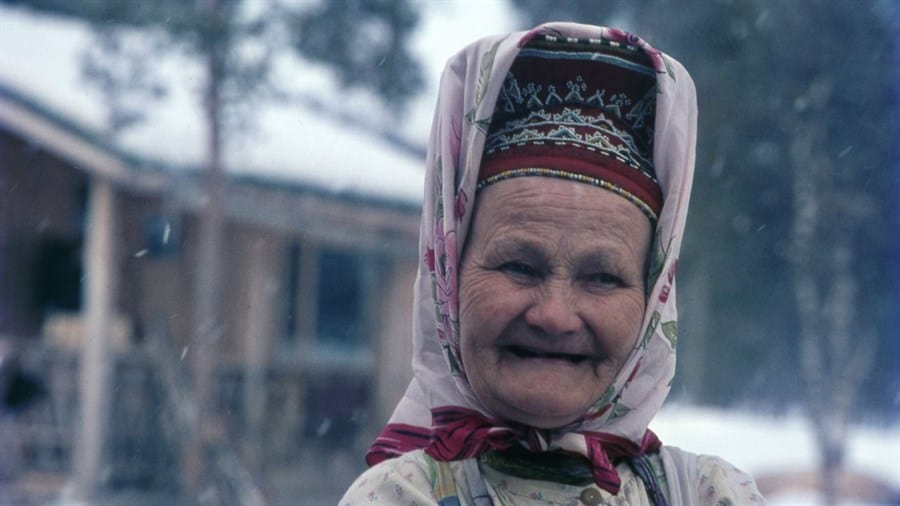 Kaisa’s Enchanted Forest takes place in 1935, where feverish dreams magically beckon a Swiss writer to Finland’s enchanted forests. There, he discovers a spiritual kinship with a remote Indigenous community. Forging friendships and embracing traditions, he finds himself an ardent advocate for the rights of Sámi people. We spoke with director Katja Gauriloff about the project.

SDTC: What are the 3 biggest misconceptions about Sámi people?

KG: That all the Sami are reindeer herders. That Sámi people still live in lavvus (sámi teepee). Nowadays people live in modern houses with cars and snow mobiles and all technical devices as all the people here. Most of Sámi people live outside of traditional Sámi areas. And lastly, that all the Sámi people are small, dark eyed and with black hair, with an Asiatic look. There are also blondes and tall Sámi. We look more like rest of the Scandinavians. There are many misconceptions left from the ethnic discrimination era. Still the Finnish government doesn’t teach much about Sámi in the schools nowadays.

What are the Sámi famous for?

I hope many things, but I mention only these three things now: