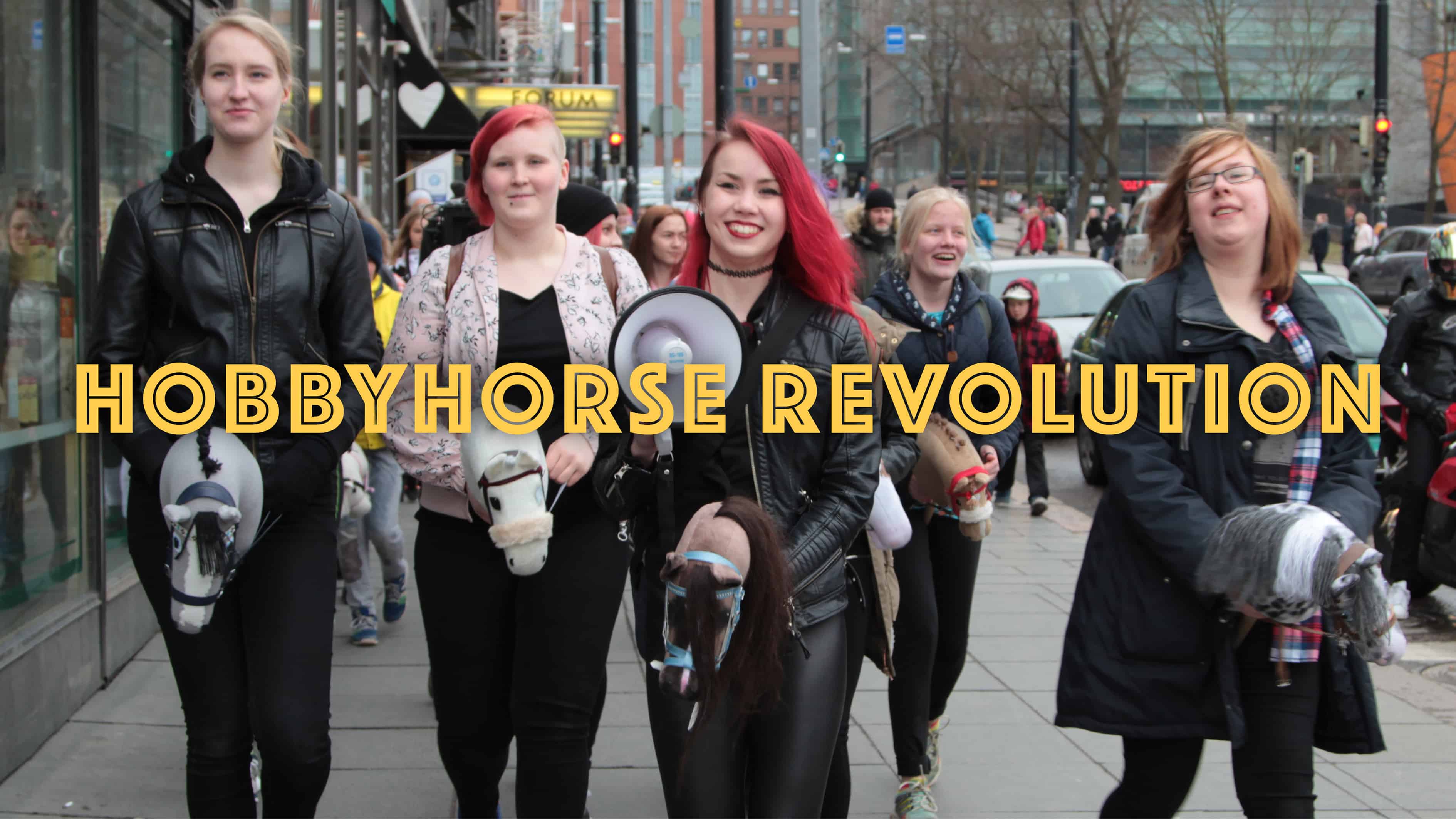 Hobbyhorse Revolution is a whimsical, touching (and surprisingly punk) film about a trio of young hobbyhorseists. Despite being bullied and mocked, these girls spend hours each day perfecting dressage and showjumping on their hobbyhorses. The horses are crafted by hand, named and imbued with their own personalities. This unusual hobby has drawn nearly 10,000 practitioners – predominantly girls – from across Finland.

We asked the Hobbyhorse Revolution director, Selma Vilhunen, what drew her to this unusual hobby, and what she learned from the girls who love it.

SDTC: What did you think when you first encountered this sport?

SV: I was amused but at the same time I was really charmed – and very curious. I really wanted to learn more right away. I caught this video clip of a showjumping contest – dozens of girls jumping with their horses over these elaborate tracks. I was impressed by the quality of the competition, and how much effort went into it.

I started to Google and found a lot of things about the hobby. Pretty soon I knew I had to make a film about this. It has a punk, radical aspect to it. That was really something I was drawn to in the beginning. They just don’t care. 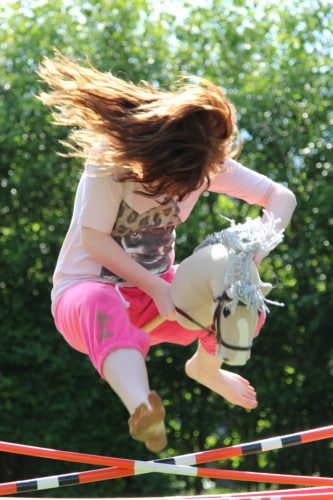 Why do you think this is so popular in Finland especially?

Maybe people are still somehow in touch with nature more than in other places. There is this DIY kind of thing, so maybe kids are not so much into their gadgets. They still know how to create things themselves and use their imaginations.

There are a number of interesting hobbies in Finland that require some imagination. Even though people say that, on the surface, Finnish people are inward, quiet and serious…underneath that surface we are really quite crazy people! We like to have a lot of fun. For example, theatre as a hobby – it’s very common in Finland. A lot of “normal’ people” do theatre in their local communities. And we have the championships for air guitar.

Also, horseback riding is really popular in Finland, especially among girls. It’s quite accessible here, as it is in Sweden. It’s not cheap but it’s not very expensive either. The majority of these hobbyhorse people ride real horses as well. People love riding horses so much, they don’t want to let go of this idea of riding a horse! These hobbies go hand-in-hand.

What surprised you about this community?

Something I found really admirable and beautiful was the diversity and the inclusiveness of the community. How embracing they are of differences in people. I never really quite witnessed something like that before. The fact that they are kids made it even more admirable. Grownups have a lot to learn from them.

I was also surprised by how good they are at organizing pretty much anything. I could hire many of these kids to my company because they are so skilled at organizing things. They are very democratic in everything they do. They discuss every detail painstakingly, and it takes a long time to come to a decision. They really want everybody’s voice to be heard.

Did you try it?

Yes! It’s so much fun. When you see people do it, and you see how happy they are every time they hop on their horse, you want to try it too. When you hop on your hobbyhorse, it does feel a little bit like anything can happen! You can go anywhere. It actually feels a little bit like you’re on a magic horse. You just start to smile.

Is it more difficult than it looks?

It seemed the overall level of the hobby went up, especially when these new talents come out. They can practice hours every day. I’m in awe of how they can jump tracks where all of the fences are 120 cm tall – that’s really amazing. Also, some of the people who do dressage – they are like dancers. The movements are more and more precise. And the judges are a little bit harsher every year.

What do you want filmgoers to take away from Hobbyhorse Revolution?

I kind of think of this as an exercise in cleansing one’s prejudice. Broadening one’s world view a little bit. I think it’s good to be surprised at how big the world is and how diverse and surprising people can be. I would like people to think they don’t have to understand everything and they can still respect things even when they don’t understand.

Also, I want people to somehow get in touch with their own hobbyhorse, their own playfulness – whatever that is. And get some kind of courage to go out there and just make a fool of yourself and just don’t care, because I think it’s healthy. It helps people be a bit more gentle to themselves and to each other. 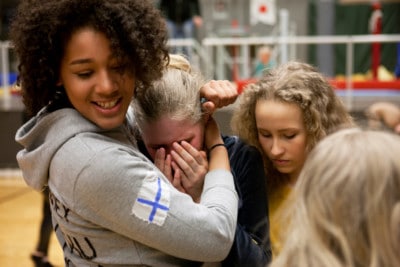 Hobbyhorse Revolution premieres on May 3 at 5:30PM at the Scotiabank theatre with two more screenings on May 4th & 6th. Get tickets here.