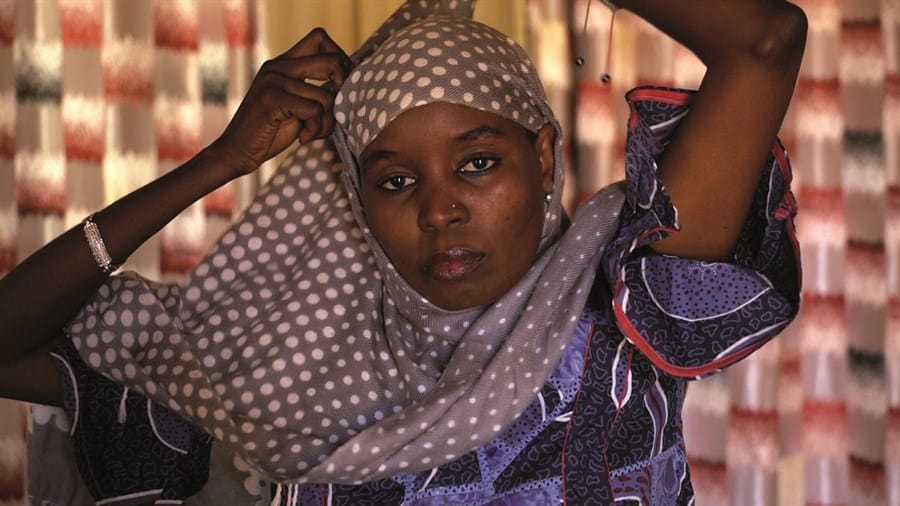 In The Fruitless Tree, director Aicha Macky turns the lens on herself and her struggle with infertility. Married but childless, her circumstance is judged unacceptable in her native Niger. Doctors haven’t been able to determine why she can’t conceive, but in her conservative Muslim society, women are always getting blamed for infertility, while men are rarely diagnosed.

Macky bravely addresses the taboo of childlessness and the stigma Nigerian women like her must endure while finding a way to affirm herself as a fulfilled individual among mothers.

SDTC: What do you want people to understand about infertility?

AM: I want to draw people’s attention to the existence of the problem first. To make it known as a public health problem that must not be overlooked – especially in Niger where a woman cannot be simply a woman without being a mother and a wife. Where an inability to conceive a child is treated as a woman’s problem and never a man’s problem. I want the audience to be aware of the situation facing women in Niger and all over the world.

Have you been surprised at the response to your film?

At each screening, I’m surprised. I realize that my story, and that of other women from Niger, is a universal one. At each country I visited, there was a woman giving a testimony on the taboo issue of fertility – even though it is at different degrees. When in the USA, a Ghanaian woman told me that in a village not far from Accra (the capital), her aunt was burned alive simply because she was considered a witch because she had no children. All the deaths and misfortunes of the village were put on her back. I was flabbergasted.

Women in Europe also tell me that there is pressure. When a child is not born to a couple, society does not understand or accept this fact. Simply put, the issue of giving birth is a universal and existential issue everywhere.

In Niger, where we have the highest birth rate in the world (7.5 children per woman on average), not having one is simply abnormal. These women are held in contempt.

You have made a film that is deeply personal. Did the film help to unburden you at all?

Making this movie was therapy for me because it made me become an outspoken advocate for other women in the same situation. I have a fabulous tool – the cinema – that allows me to tell stories that only the cinema could allow. That is the taboo of infertility.

I could write a book to talk about it, but my country will be less affected by the simple fact that more than half of the population is illiterate. To make this film in the local language has allowed many people to understand that there can be violence without necessarily seeing blood or a weapon. Verbal violence marks us for life and prevents women from emancipating themselves. It is this violence that makes a woman lose all self-assurance. It makes her marital status very precarious simply because the “guarantee” of a birth will never come.

I do not pretend to change the world with this film, but I wanted to start a debate and start shifting the mentality.

What do you want audiences in Canada to take away from your film?

There is inevitably a woman in Canada who suffers due to this problem of infertility – even if it is different from the suffering of a woman from Niger (where a popular song advocates that a childless woman doesn’t deserve a home, or whose husband makes her cry all day because she is childless).

I want Canadians to understand that it’s a film that comes from an African country where reality is different; where, after nine years of marriage, a woman is supposed to give birth to a child or have at least be pregnant. A country where being a childless woman among mothers is a cross to bear. A country where it is the woman who is always blamed for the inability to conceive – never the man.