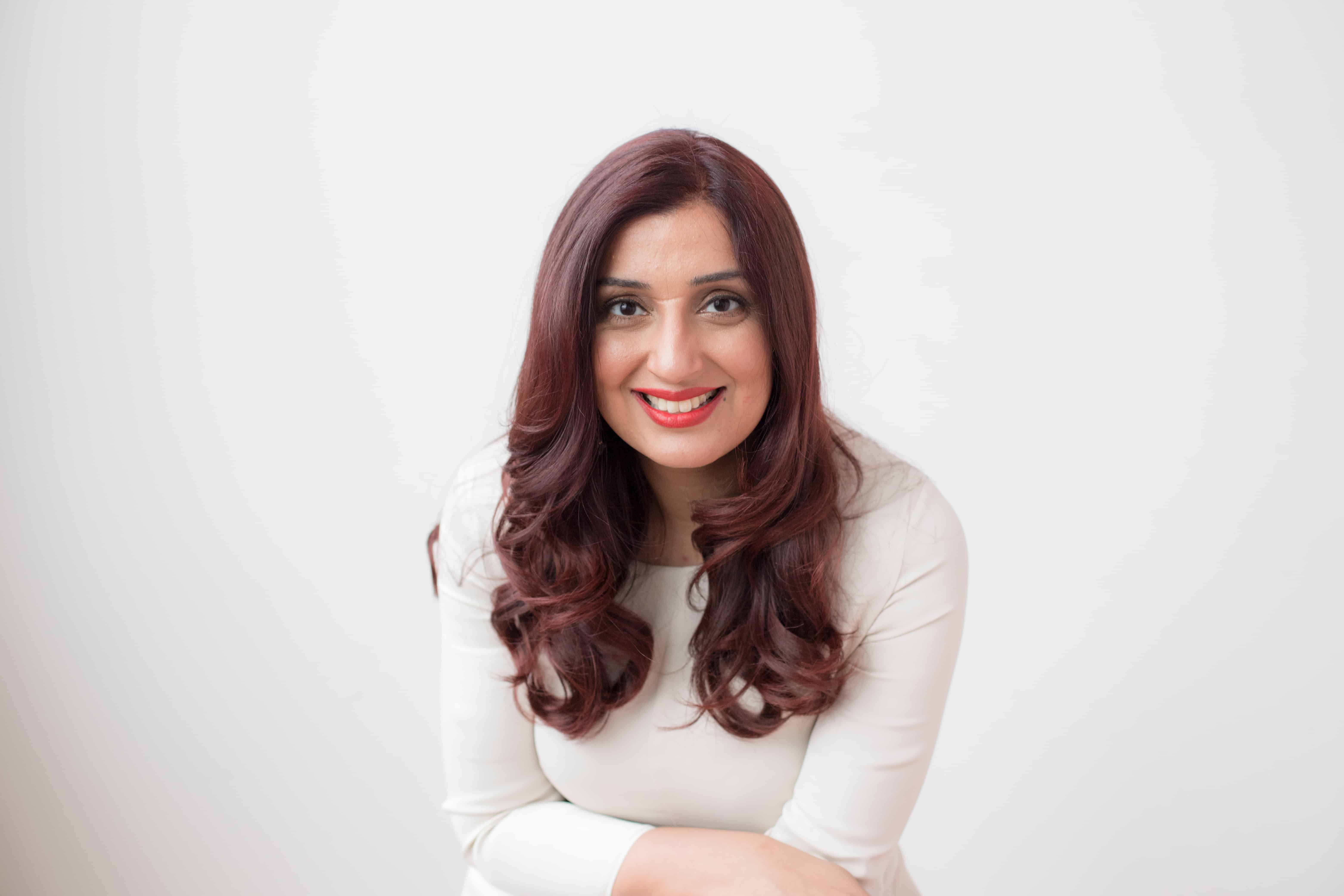 When she should have been going to concerts and applying for university, Samra Zafar was forced to get married. And when Canadian officials approved her immigration application, they didn’t bat an eye at the fact that she was only 17 and he was 28. In Canada, Zafar would endure more than a decade of gut-wrenching physical, mental and emotional abuse before she eventually got free.

Zafar is the author of A Good Wife, which recounts her own experience of escaping abuse as a child bride in a forced marriage to an older man in Canada. Today, she is an outspoken advocate for women and girls who face similar exclusion, abuse and gender-based violence. Later this month, she’ll be telling her story as part of a Q&A and book signing at the Toronto International Festival of Authors.

The eldest of four girls, it was inevitable Zafar would be married off to lessen the burden on her family. When she turned 16, her mother befriended a woman whose brother lived in Canada, he and his family were very interested in having Samra become his bride. She repeatedly refused, but the pressure eventually got to her; plus, it looked like her best chance to be educated abroad.  “Everyone around me were like; oh you’ve got such an amazing opportunity from God, don’t turn it down–or you’ll be ungrateful, you’ll upset God and he will punish you. All of those things,” she recalls. “As a 16-year-old, you look up to adults to tell you what’s right and what’s wrong; I didn’t want to be the ungrateful child who gets punished by God. So I just stayed quiet. And a few months later, I was married to this man, and shipped off to Canada to be his wife.”

The man was a textbook abuser, inflicting a familiar cycle of torment followed by periods of calm. But the further she got into the marriage, the harder it became to extricate herself. It wasn’t until she started secretly attending counselling as a university student where she learned what she was experiencing was in fact, abuse.

She learned that she had rights, and there were resources she could turn to. These connections underlined and reinforced her resolve to leave him and not look back. “Knowledge is power. Education is power. Realizing my true value as a human being and as a woman and as a citizen of this country — that’s what made me take that next step,” she says. “Children grow up exposed to family violence — it normalizes it. I didn’t want my daughters to grow up thinking that it was OK,” she says. “That was the biggest factor; I wanted to do it for the sake of my daughters.”

Zafar says that child marriage is all-too-common here in Canada, particularly in the South Asian community. “Every time I speak somewhere [in Canada]; women write to me and say that this has happened to them, or that this is [currently] happening to them,” she says. “Teachers tell me how girls will go home for summer vacation and disappear–then they’re return after a couple years and they’ll be wed. Or carrying a baby. A teacher in Cambridge, ON was telling me there is a grade 11 girl in her class who has a family coming over every week to assess her eligibility as a bride for their son. They make her vacuum to demonstrate that she is a good housekeeper,” she says.

Girls who refuse to marry — or who try to leave an arranged marriage — are at risk of being alienated by their families, or regarded as a disgrace.

“The government is putting so much effort into eliminating child marriage outside of our borders,” she says, “ but the law here is [you can be married at] sixteen, with parental consent,” she says. “No kid at that age [can consent to that]; when they’re being preconditioned and pressured that that’s their destiny. There may not be a gun held to their head, but if your father is saying if you don’t marry this person, you won’t be a part of this family – what do you do?”

Zafar says politicians and lawmakers are reluctant to wade into this area as they don’t want to be perceived as culturally insensitive, or racist. She wants the law changed so that the minimum age for marriage is 18. “You can’t buy alcohol before you’re 19, you can’t get a credit card or hire a lawyer before you’re 18,” she says. “You can’t enter into any legal contract. But, a girl can enter into the biggest contract of her life — which she can’t even get out of because she can’t hire a lawyer to get a divorce or get custody of her children. It’s a recipe for disaster.”

“I spent ten years stuck here because I thought if I left my marriage, I would be deported. Because he’s the one who sponsored me. I didn’t know otherwise.” Zafar wants to see the policy changed so that when women arrive here as refugees and immigrants, they attend a mandatory course. They would learn about their rights in Canada, basic knowledge about family law, domestic violence, as well as resources and support services they can turn to if they are in need. “They should know what is acceptable and not acceptable, because what they have been told is acceptable is not acceptable in this country, and should never be.”