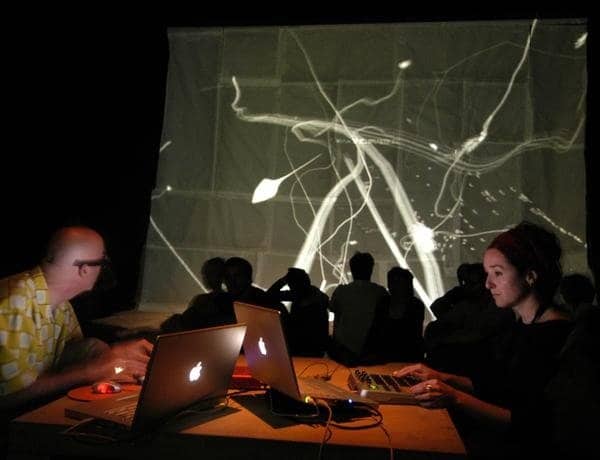 Montreal’s foremost digital art and electronic music festival, MUTEK, has evolved significantly since its incarnation in 2000. Every year, numerous artists, musicians, and producers of local and international origin have drawn increasingly larger audiences to the city for five days of performances.

Arguably, it has only been in the last two to three years that the genre of electronica and the long list of subgenres (trap, chill, new wave, etc.) have grown in popularity at, well, light speed. My iPod is full of Soundcloud playlists, remixes, and new jams that I haven’t had a chance to listen to yet. This is what my friends and I listen to during dinner parties, pre-drinks, post-drinks, and brunch. Maybe Mutek’s success has something to do with the open-minded, musically-inclined individuals who populate Montreal?

Either way, in its 14th year, MUTEK brings an incredible international line-up to the city. Highlights include Deadbeat (Canada), the North American premier of Emika (UK), Jamie Lidell (UK), Laurel Halo (US), and many more from Denmark, Netherlands, Sweden, Japan, Spain, and France.

Check out the festival’s program and ticket packages for more information!