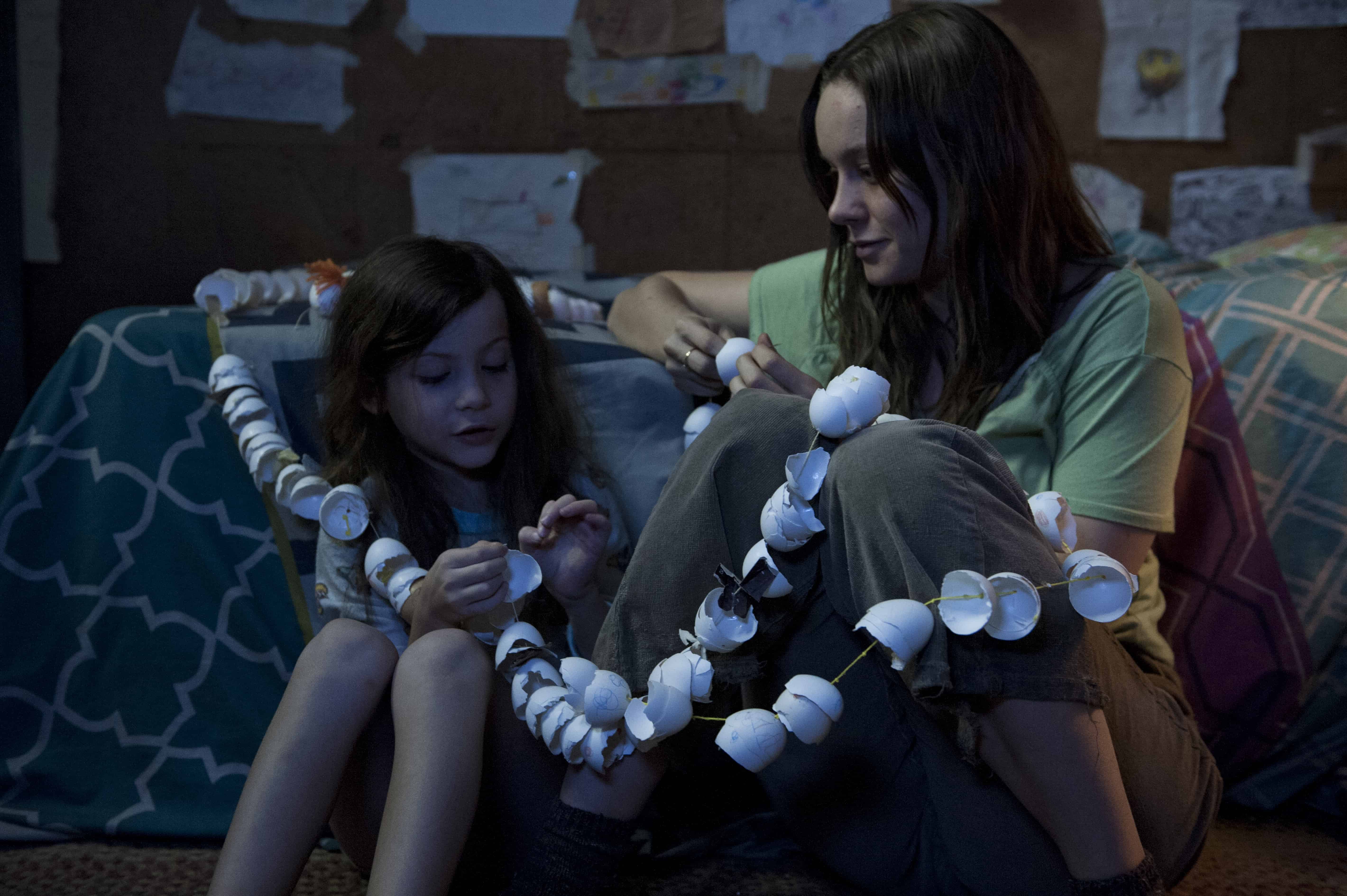 A story of a mother and child held hostage for years, Room is horrifying while also managing to be a tender, and beautiful story, eliciting countless smiles. The book, and now the film, teach us about human resourcefulness and reminds us that the strength of love between mother and child can shine warm light into the most dire of situations. Never underestimate the power of the imagination.

Fascinating, and wildly original, we were desperate to speak to author and screenplay writer, Emma Donoghue, about how she was able to get inside the mind of five-year-old Jack, where the idea for Room originally came from, and how she built such a vivid world unlike any other that we’ve visited in literature.

While sipping her afternoon coffee, from a field of ripening lemons in the South of France, Donoghue answers all our questions, while also imparting wisdom on both the life of a writer, and the struggles that come from being a mother.

Motherhood, basically. Even though I absolutely chose to be a mother, it really shook me up. I found that it had really wonderful and intense qualities, but then the next minute could feel downright confining. When I heard about one of these kidnapping cases, in which children were born into this situation, there happened to be a dreadful case in Austria, it seemed like the most concentrated, intensified version of what we all live through anyway. With children, one minute they’re heaven and the next minute they’re hell. I thought this situation was the perfect premise from which to explore the parent-child bond.

How old were your children when you started Room? How did being a mother help your creative process?

They were 4.5 and 1. The 4.5 in particular, I followed him around and by the time I was drafting the novel, he was 5. He was just the perfect test subject (she laughs). I actually marked up a copy of the book for him, to try to separate my memories of his childhood from the book. Sometimes when you use your own life for books, you remember the book first and better. I marked up a copy, and there’s something from my son on every page. There are entire exchanges of dialogue that came straight out of conversations he had with me.

Were there particular exercises you did when trying to write your characters and create the room in Room?

I didn’t do anything like lock myself in a room, because as long as you have the key to the door, you’re not really locked in. Mostly, I paid close attention to my son. You’re having to learn those rules of the world, all of those rules you’re teaching children and the arbitrariness of it, like at home if they don’t finish their food, you just take it off their plate but in a restaurant you never do that! I sat around and thought of exactly what kind of culture Jack and Ma would have built up in Room. It was a huge advantage to me when writing it, that I knew every object that they had. I had a complete sense of what was in there, what was in Jack’s head, I knew exactly what he had lived through. I knew what songs he’d know. I knew exactly what textures he had touched what pictures he had seen, so then, when bringing him into the outside world, I just had to apply my son’s mindset, “How does this work? What are the new rules?”

There are many lessons we are taught, or reminded of, in Room. What do you consider to be the greatest takeaway?

What kids really want is our attention. Of all the things we do with them, it’s not really about the toys, the games, or the ice cream we buy them – it’s the attention. They thrive on our attention, like plants sucking up sunlight. They’re designed to be selfish, because the more attention we give them, the more they learn. I remember reading some very old science books and it pointed out that the sheer weakness of human children is a huge advantage in evolution because they stay with us. If you’re Bambi and you’re able to run by yourself, you’ll leave your mother behind. If you’re a helpless human child, you stay around and you pick up a lot of lessons.

You chose to have your main character be 5 years old. What is it about that age that you love?

I love babies, but I think I love it best when they get old enough to start talking. If they’re too old, they’re a lot like adults. If they’re too young, they don’t have many words. I have to say that the age of about 5 is ideal for me because they have enough words to put together sentences, but what they say is so genuinely odd, I love the fact that they don’t learn the world in a systematic way. They learn different pieces and stick what they know together. They’ll learn something about Neanderthals, and then something about Napoleon, but to them, they exist at the same time and they probably think that you were alive back then too! Probably my loveliest memories are conversations in the car because you’re both looking forward, or out the window.

What was it like to watch Room on the big screen?

It was such a thrill. You see, what every writer tells herself is, “Remember, it probably won’t get made.” Of all the films that are optioned, only 1 in 100 actually get to the screen. You constantly say to yourself, “It might not happen.” It was a huge relief to get to the point where it was made, but also I was so proud of it, so happy with it! It doesn’t have to be the same, but you want to feel like it’s doing the same kind of work, the same kind of magic. I’m so happy with this film.

Reading Room, how you’ve personified things like spoons and lamps reminded me of children’s literature. Do you have favourite kid books?

I’ve been thinking a lot about this because I’ve just written my first kids book for the 8- to 12-year-old market and in writing that, I thought a lot about what makes good kids books and bad ones. We as parents have to suffer through so many bad ones that our children inexplicably like. You know, the Thomas the Tank Engine books are so badly written, they make me grit my teeth after reading them aloud, but then I’d say Julia Donaldson’s picture books, every single one of them, rhyme so well that they sound like folk songs. You read them aloud over and over and never get sick of them.

The subject matter of Room is incredibly tough, how did writing it make you feel?

The difference for me is between the research and the writing. The research for Room was deeply distressing. It was the most distressing research I’ve ever done, because it’s present tense. In researching Room, I read so many horrific living situations for children nowadays, and it was gruelling. However, as soon as I started writing the novel, I felt much better. I was creating a best case scenario; this is not an average kidnapping story. Writing Jack, in a way it’s kind of like a fairytale, with the danger of an enemy, but also with all the tools he needed, and an utterly loyal mother. It felt as if I was walking in a dark wood, but towards a bright light. When you’re writing, you are doing something; it’s action. As long as the writing is pushing forward and going well, I’m happy, even if I’m writing about sad things.

Room is now playing at theatres across Canada. You have GOT to see this film. And you should DEFINITELY read the book, too! Emma Donoghue is a genius.