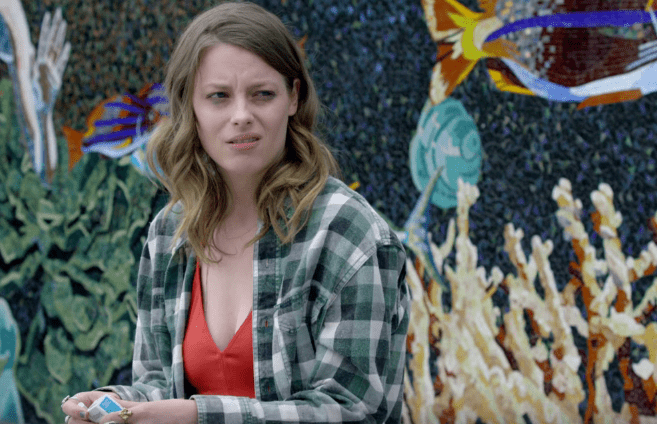 Love and the Rise of the Unapologetic Female Protagonist

I am really digging Judd Apatow’s new series, Love, which debuted on Netflix last month. Gritty, often unpleasant, and stubbornly unapologetic, I did not particularly like the show at first. Maybe because Gus (the male lead) is grossly contrite, a fact I found tedious, or because Bertie is only a secondary character when she is clearly the best part of that show, or (most likely) because Mickey, in all of her impulsive, self-destructive, explosive ways, reminds me so much of myself I could barf.

Isn’t it the worst when you identify with the least likeable characters on TV? Like Marnie Michaels from Girls: self-involved, narcissistic, oblivious, and so deeply insecure it’s jarring. When I look at her, with her pretty yet vacant deer-in-headlights eyes, I feel recognition that bares strange likeness to self-defeat. I find her character cringe-worthy, but I see myself in her, so what does that say about how I view myself?

What we’re seeing more of – especially in TV sculpted specifically for millennials – are female protagonists who are so imperfect that it’s not endearing anymore. There was a time when the biggest perceivable flaw a female lead would exhibit was klutziness (in a totally cute way though!) or perhaps some ill-conceived bangs. Now shows are depicting women who self-hate to the point of substance abuse, deteriorate under the mortar and pestle that is depression, and sleep around recklessly because they value themselves so minimally.

These characters are made to model real-life women – those of us lost in ourselves and our vices, making bad decision after bad decision, blindly trying to find our way in a world that doesn’t let us forget our mistakes. At a certain point, all that’s left is a mess, and modern TV is reflecting that messiness.

So what’s the purpose of all of this? Is it a rude wake up call from TV producers, writers and directors everywhere: “Wake the fuck up! Stop making drunken fools of yourself and be someone of value!” Or is it simply a conversation happening? A we-are-what-we-are so embrace your imperfections kind of shtick?

Here’s what I’m taking from it: Self-defeat is an epidemic and you are not the only one struggling, so stop wandering around in a haze and find a way to shake the idea that you are somehow below the other girls who have better jobs and appear to sleep around less.

TV nowadays is unapologetic, that’s for sure. It speaks to our flaws, not just as women, but also as people. Just look at Orange is the New Black. This is a show built on humanizing criminals – murders, drug lords, rapists. It’s a show that teaches us to look at people who have done so much wrong and consider the reasons why. If we can humanize the murderers, why can’t we humanize the demons in ourselves? Why can’t we humanize the fact that we are desperately insecure, self-hate to the point of self-destruction, and self-medicate to the point of unrecognition? Why can’t we be more forgiving of those parts of ourselves that we hate and accept that it’s okay to be a little messed up?

Love shows us a girl who has done everything wrong, and though so desperately wants to fix herself, she can’t, because she fails to fight her own demons. She is her own worst enemy, but aren’t we all?