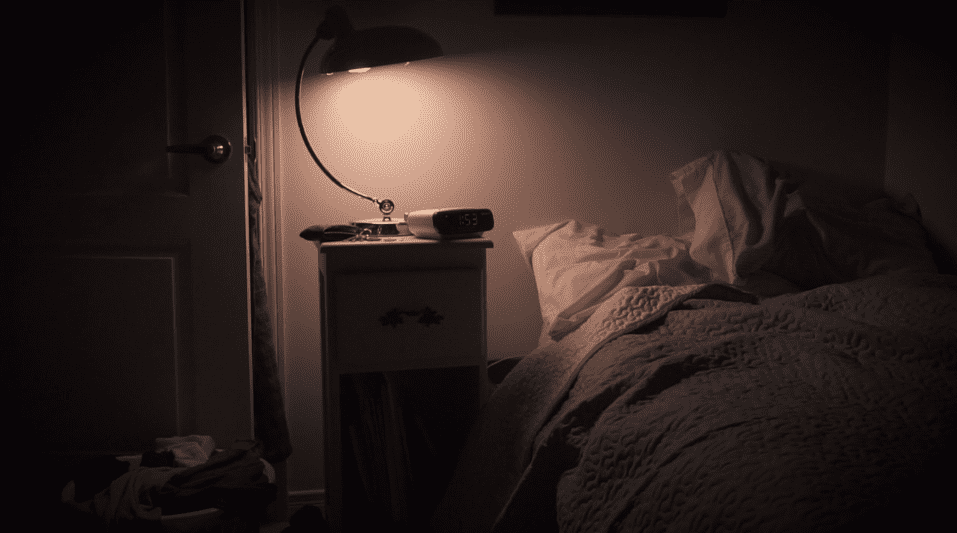 Maybe if it were a nice room: The Story Of My Rape

When Alicia Harris set out to make a film about rape culture, she didn’t anticipate that the story she would be telling would be her own.

The filmmaker initially wanted to come up with a concept where she could integrate some set design ideas that had been flitting through her head; a genteel, opulently appointed room adorned with photographs and leather-bound books. She began to brainstorm. She wrote “rape culture” down on a piece of paper. But when she tried to come up with a screenplay that talked about rape culture through poetry, it seemed hacky and trite.

It was then she decided she would have to make a film about her own experience. “I didn’t know if I was really ready to tell my story,” says Harris. “But I only had access to this location for a limited time. I thought, oh well, I’m making it anyway. I’m going to have to be brave enough.”

The resulting 90-second film, Maybe if it were a nice room, pulls no punches.

We spoke with Harris about the film, her healing process, and why we need to call rape what it is.

SDTC: Can you talk about what happened to you?

AE: I was 19. It was four years ago. It was NYE. My friends and I were going to this party at a hotel. I was driving but I also wanted to drink. So this guy I was seeing and I got our own room. Knowing how this would be interpreted, I told him ahead of time that I’m a virgin and I don’t want to have sex. I said even if we drink a lot, I don’t want to do it. This is not what this hotel room is for – we are just getting it because we want a place to sleep. He was like, “Yeah, of course.” This was a guy I was seeing – it wasn’t a random person.

I wake up the next day. I had blacked out. I found out we had had sex.

I was helpless the next day when the person told me what had happened. I felt like I couldn’t even get mad. It made me feel like my ‘no’ was less meaningful, because it had been ignored so easily. Later, I definitely got into some relationships that I would not have – it made me more easily manipulated. It eroded my confidence in myself.

What did you do?

Why do you think that is?

Rape has such a specific definition in mainstream culture, but that is evolving. People want to support the perfect victim of rape – they were attacked by a stranger in the middle of the day. But the type of story I have, people view that as a grey area. Because I knew the person, I chose to be there, I chose the person I was with – so people are more willing to blame you. It’s difficult for me to call it rape.

How have your friends and family responded?

To be honest, a lot of them don’t really know that the film is about me. I finished the film in four days, so there was no turning back. But I kind of held on to it for a few days, thinking I’m not quite ready to share this. A couple days passed and I was like, I can do this. I posted it, and got a lot of positive feedback. The most important feedback I got was from one of my best friends. I didn’t tell her I was making this film and she said, “Thank you.” For me, that was the best.

What still needs to be done to confront rape culture?

We need to redefine rape to the masses. I didn’t tell anybody about this situation when it happened. I can’t imagine going to my 19-year-old friends at the time about it. I don’t think, at the time, they would have said, “You were raped.” Because we were all so naive about this type of thing.

Our treatment of victims needs to be completely different. It’s so difficult to be a rape victim. You come forward and everyone is already questioning you. Whenever someone is raped it’s either questioning the victim – “What did you wear? What time was it? Did you drink?” Or it’s thinking about the guy and whether he’s being falsely accused. It’s never like, “Something so horrible happened to you – we should do something about this.” Instead it’s “How can we break this person down?”

I think it’s a general disrespect towards women that is spread across so many different areas of our lives. If we were a society that truly respects women, then rape culture would have never existed in the first place. Men should never feel entitled to another person’s body. If they are so afraid of being falsely accused of rape – because they didn’t know if the woman was consenting or not – it’s so simple to just not have sex with them.

Where are you at now?

I’m still learning how to talk about rape culture and relate it to myself. I’m getting used to talking about this situation. It’s my story, but I’m still afraid that people are going to tell me isn’t valid. But that fear is outweighed by my desire to make art and be a filmmaker.

Since I’ve made it, I’ve forced myself to evolve so much. It’s really helped my own healing process. This was hanging over me until I acknowledged that it happened to me. Healing for me came with making the film and getting it out there and receiving messages like, “I’ve been through this too.” I know I’m not alone in this situation. I made this film knowing that almost every woman I know has a story like this.