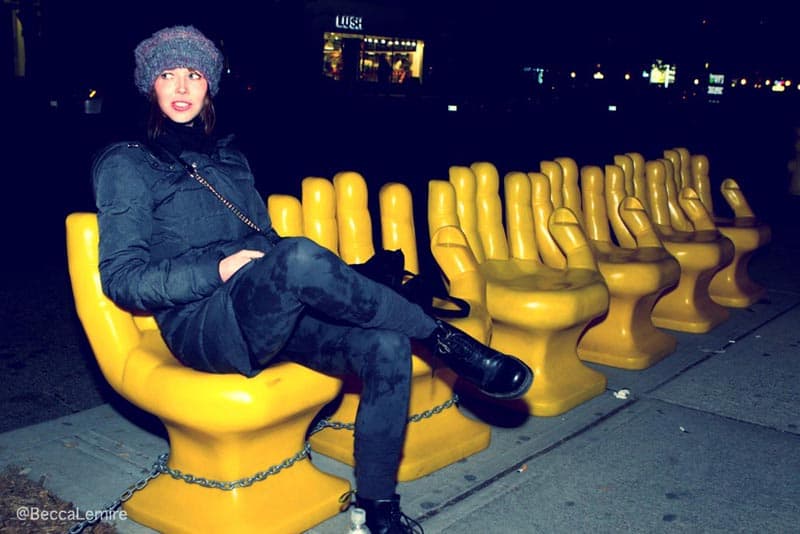 In the summer of 2007, a group of friends plunked themselves around a picnic table in my backyard. We cracked open cold beers and discussed the launch of Shedoesthecity. At that point, it was just an idea.

It was pre-recession, George Bush was still in office, and only a few of my friends had something called Facebook, Apple had only just released the first iPhone, and it would be another year before the world was introduced to a man named Don Draper. It wasn’t long ago, but things have changed.

I had left my full-time job as a Project Manager for CBC Sports because I was itching to do something more creative. (There are a lot of people in this country who love hockey; I’m not one of them.) But it was at CBC that I began hearing a lot of chatter about the internet.  “Ad sales are moving to the internet! Everything is moving to the internet!” Hmmm…sounds interesting…maybe I’ll move to the I-N-T-E-R-N-E-T. But what should I do on the I-N-T-E-R-N-E-T? I thought about it, doodled at my desk, and decided that I wanted to start a sort of online magazine for women. I loved my city and I felt like there was something missing in Toronto; nothing really spoke to me the way I spoke with my friends. Sure, I could find weekend happenings in NOW Magazine, and Sweetspot had captured the trendsetting women demographic, but I felt there was still a void. I wanted something culturally driven but edgy for young women. Being a project manager, I drafted a survey and held a couple focus groups in my living room. And then I began to write.

I called my friend Rachel and said, “Hey, I’m going to send you a small story in an email every day. You don’t have to read it, but I need to have someone to send it to or I won’t write anything.” At that time, I was a heavy drinker; poor Rachel would often receive emails scrawled at 2am about weird shit I was doing at dodgy dive bars. Then I added my sister to the email list. A few friends became curious. Some ex-coworkers from CBC inquired. My dad requested he be added, as did the guy I met in the pool at a Best Western in Vermont. Within 30 days, that daily email was being sent to about 100 people. Within 60 days, it grew to 600. I knew many of the subscribers, but there were also a lot of names I didn’t recognize. Everyone was basically receiving stories about me eating 7/11 hotdogs at 3am after a night of nonstop tequila. (One time there was a plastic glove in my bun.) When I think about that time, it makes me cringe. The late night hotdogs, the glove in the hotdog, and just, well, the things I so openly shared with hundreds of people when I was shitcanned, making out with some girl while grinding to Sexy Back. WHY? UGH. But something was working.

I began to meet with creative friends: “I’m starting a website called Shedoesthecity and I think you should take photos of stylish people on the street;” “I’m starting a website and you should write about all the dirty sex you’ve been having,” “Oh hey, you’re into music, right? Wanna write about local bands?” This sort of thing continued until we had a pretty solid girl gang. And so, it was time to announce ourselves properly. I got my friend Deb Goldblatt and her team at Rock-it Promotions to help spread the word, and had a party at The Social (R.I.P.) with a handcrafted kissing booth and a Drag performance by Heaven Lee Hytes.

For the next few years, there was a lot of experimentation, growth, and learning. We have a wedding blog! Yeah, um, no. Oh look, we write restaurant reviews! Shortlived. Whoop-whoop, we’re in Vancouver! Maybe again sometime. The point is: we just kept going.

It was tough. I cried. I got wasted and surfed job listings late at night. But it began to work, and our numbers spiked to 50,000 unique monthly visitors. Suddenly we were working with companies we love like H&M, Bacardi, Dove, Random House, Gap, Nestle Chocolate, Vitamin Water, Sony, Universal, American Express, Kodak, Canadian Club, Diet Coke; movie distributors, perfume brands, make-up, breakfast cereal, condom companies—the list goes on and on. I realized that what had begun as a blog between close friends had become a trusted voice for young Canadian women. Ohhh shit…I have some responsibilities.

Over the years, the site grew up. And so did I. This past summer, I shared a bit about my personal journey since launching Shedoesthecity. My drinking had become insane. I got sober in 2010. I got divorced in 2011. There is no denying that Shedoesthecity has provided me with an entertaining and vibrant life (the UPS man consistently showers me with surprise packages that range from mascara to frozen Indian food, to vibrators. I have so many vibrators!). But it has also not been easy.

However, my friends: As we approach 2013, I have a newfound strength and a much clearer vision, and have stacked the deck with one helluva team. So, where are we going? What is this change about?

We evaluated what was important to us and combined that with a careful analysis of our numbers to really understand what our readers enjoy and respond to. We will continue to keep you informed on everything cool and inspiring when it comes to cultural happenings, fashion, and nightlife, but we will be putting more effort into growing our career and sex sections. We have added a Life Stories section that will share both humorous and serious posts that will touch on everything from daily life in Yellowknife (Whatzthatlike?) to dealing with heavier topics like mental health, loneliness, and substance abuse.

We’ve always made promoting female entrepreneurship an important part of our mandate, but we’re going to take that further by putting forth a real effort to share stories of local businesses, professionals, and successful brands by introducing you to the innovative women behind them. We’re interested in how to live life to the fullest while also finding balance, and we know that there are excellent lessons to be learned from influential risk-takers in every field.

Beyond writing, we are experimenting with video in a regular webseries called, “The Product Show” It’s a little bit ELLEN but perhaps more Peewee’s Playhouse (did I just date myself?). It might be a little bizarre, but we’re going to try.

Six of our new writers are also working improv comedians (SDTC comedy troupe, anyone?). One of whom is Alice Moran, whose open letter on Facebook to Krista Ford (Rob Ford’s niece) regarding her insensitivity towards violence against women went totally viral. Heck, it even made headlines in the National Post. Alice will be writing an open letter for us each week.

Bringing some glam to the table, Jen Kirsch, who has made a name for herself as Toronto’s Carrie Bradshaw, will pen a weekly relationship advice column geared at our younger twenty-something audience. And in another advice column, I will take a crack at tackling tough questions about Big Life Shit: family issues, work-related problems, the legalities of separation, and whatever else is keeping you up at night. Got a question? Ask away! (Don’t worry: if I need an outside professional to weigh in, I’ll find a smart one.)

In 2007 I knew nothing about running a website. WordPress didn’t exist (Tumblr meant whiskey not web), so we were operating on something called Drupal. I suppose back then it was cutting edge, but at the rate that web technology changes, it now feels archaic. A change was necessary. I’m so excited, and proud, to show off all the fun features that our brand new site offers. It even looks sexy on an iPhone!

Okay, you ready? Let’s do this.

I hope you enjoy. You are, after all, why we’re still here. 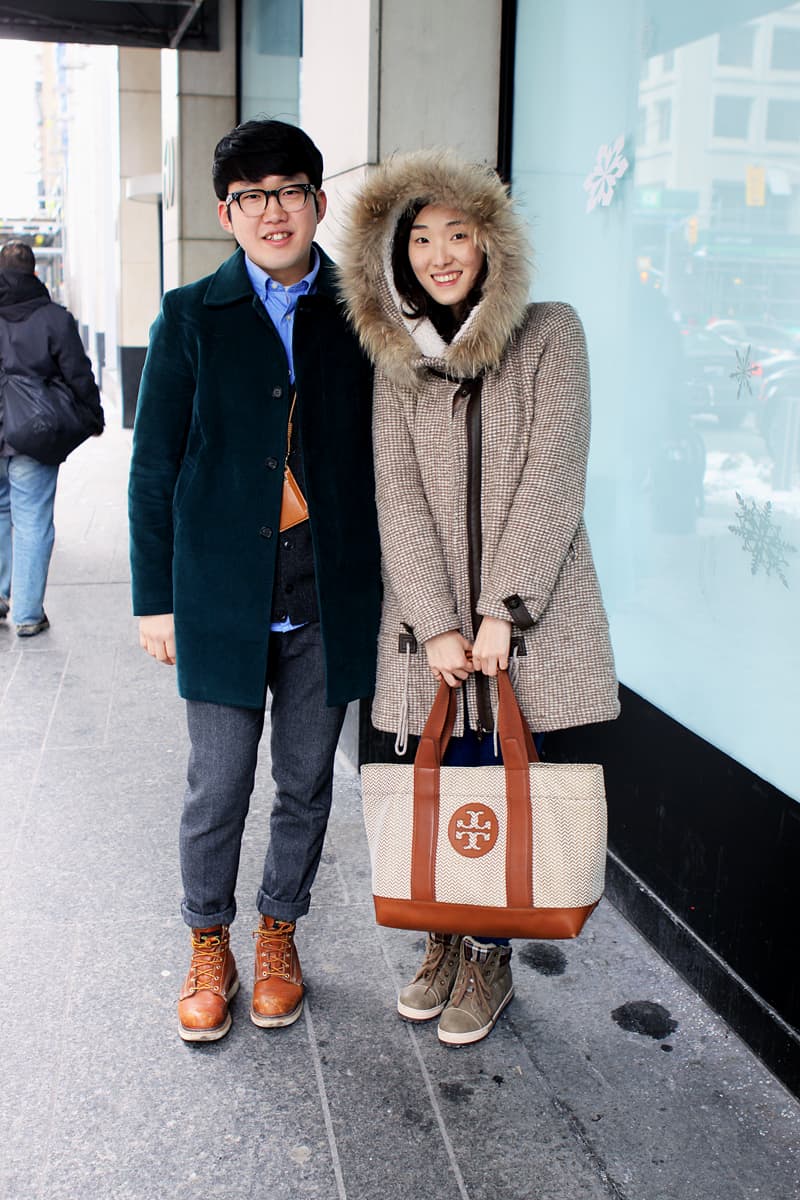