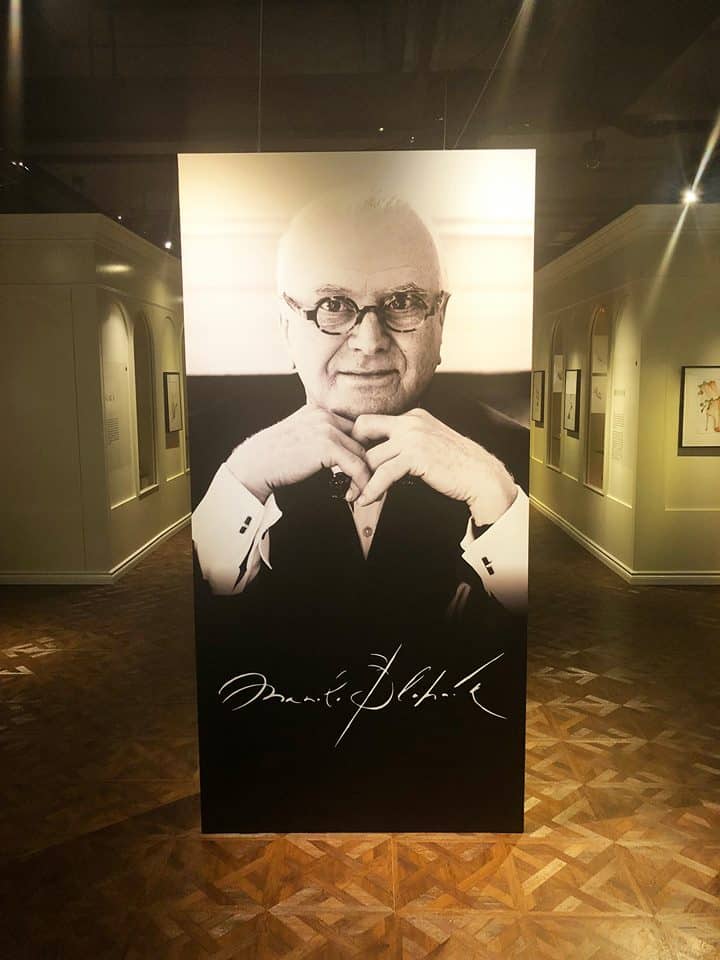 Our Pick of the Week: Manolo Blahnik: The Art of Shoes

After making stops in Milan, Prague, St. Petersburg and Madrid, the travelling exhibition Manolo Blahnik: The Art of Shoes touches down at Toronto’s Bata Shoe Museum (327 Bloor St. W.) this week for the final leg of its world tour.

Running until January 9, 2019, The Art of Shoes is a stunning retrospective that showcases over 200 of Blahnik’s favourite shoes and 80 original sketches and drawings spanning four decades, along with video footage of the Spanish designer at work. Additionally, the museum will offer special guided tours and talks led by guests from the fashion world, including Randi Bergman (host of Capsule ’98 podcast), Jennifer Wallace (designer footwear buyer, Holt Renfrew) and Elizabeth Semmelhack (Senior Curator, Bata Shoe Museum).

Since his career began in the early 1970s, Blahnik’s shoes have been worn by the likes of Bianca Jagger (who famously sported a pair of Manolos to her birthday party at Studio 54 in 1977), Princess Diana, the fictional Carrie Bradshaw of Sex and the City, and Rihanna. He also designed the shoes for Sofia Coppola’s 2006 film Marie Antoinette, which will be on display at The Art of Shoes.

General admission is $14, with various prices for special events.