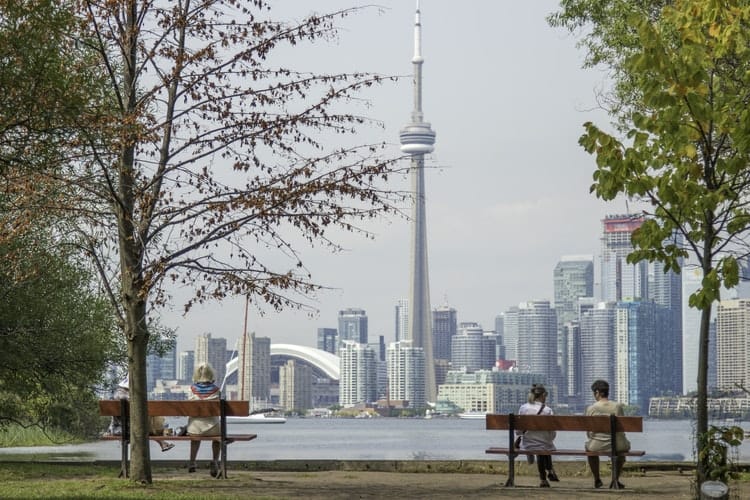 We both know that I owe you an apology, and I’m sorry it’s taken me such a long time to write this.

Leaving you for him was a mistake. I know that now, and it’s been biting me in the ass ever since. I feel like I owe you a proper explanation for what happened, because ever since we got back together, there’s been a white elephant lying next to us in my cramped double bed. I wasn’t honest when I ended things three summers ago, so maybe after this, we can finally move forward.

I’ll get right to it—you were a dating nightmare. After just a few reckless years, I felt like I’d already dated every softboy in the west-of-Spadina Rolodex. I was sick of running into a ghost in horn-rimmed glasses every time I braved 7/11 in sweatpants. I was bored, pissed off, didn’t trust your taste, and figured you had nothing left to offer me.

So I started dating somebody far away. And for a while, it was nice. I had a legitimate excuse to take time off work every few months, after all. By the time I got a job offer in Los Angeles, he and I weren’t happy, but I went anyway. I had it in my head that once we were living in the same place and I’d buried you in the past, everything would work itself out.

Well, I was wrong. Within a few months, I suddenly found myself alone, homeless, my life savings and five-year-plan obliterated, and virtually nothing to my name except a packed suitcase and a work visa.

Perhaps you’ll take comfort in the fact that I suffered as a direct result of leaving you. It’s okay, I deserve it. I slept on a couch for a month (thank you, Dana). Then on a twin air mattress in an empty, cockroach-ridden studio with a broken fridge for a month. Then I stayed in that same studio for another year, swapping the mattress for one with slightly less guest-repellent. My rent tripled overnight and I fell, for the first time in my life, into debt (thank you, office snacks and Amazon Prime non-perishables). The obvious option would’ve been to ask you to take me back, but I was embarrassed. How was I supposed to know that you wouldn’t reject me the moment I walked through arrivals at Pearson? Returning so soon would’ve meant admitting failure.

So I stayed. And I worked. And I worked some more. And I got a promotion. And I built my career. And for a while, that was enough. I convinced myself that I was happy, living a fulfilling life in a glamorous city full of opportunity. I lied to my friends and my family and after a while, I believed it. And then one morning, I woke up and saw Los Angeles without its makeup on. I saw every wrinkle, every crumb sandwiched between yellowed teeth, every piss-scented tent lining Sunset Blvd., every aspiring actor using Tinder to network, every hateful Uber driver, every stupid ray of sunshine, every fucking cloudless sky.

After two long years of near silence between us, I worked up the courage to ask you for a second chance. And begrudgingly, you agreed.

Here we are, one year later. I like to think that we’re in a better place. The past few months have been especially good. Different—quiet—but good. I go to the local farmer’s market every Sunday, I take my dog to the park often, I chat with neighbours about their gardens, I sleep well at night. You’ve changed quite a bit too, which I must admit I’m having trouble with. It was undoubtedly foolish of me to expect every part of you to be exactly where I left them. Best friends now have conflicting work schedules, husbands and babies are everywhere, and everyone suddenly lives in a condo. Change is ultimately a good thing and I’m embracing it, slowly and surely.

I think our time apart helped me view things more clearly. I blamed you for a lot of things that you had absolutely nothing to do with, and were more so just a twenty-three-year-old trying to figure shit out. Running into people from your past comes with the territory of being part of—and accepted by—a city-wide community. Dating the same type over and over again means you’re dating the wrong type. Getting frustrated and wanting to bail is a normal part of most long-term relationships. Sometimes you don’t realize how great something is until you’ve lost it.

Maybe our relationship will always be a little complicated, but maybe that’s just the spice we needed. I’ll try my very best not to fuck this up. I love you, Toronto. 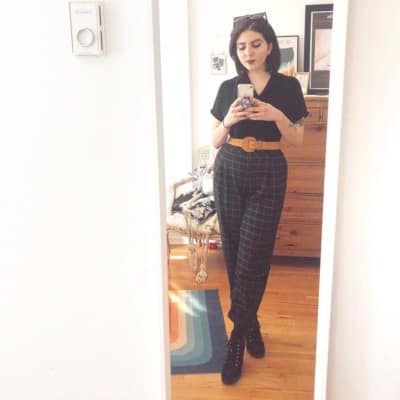