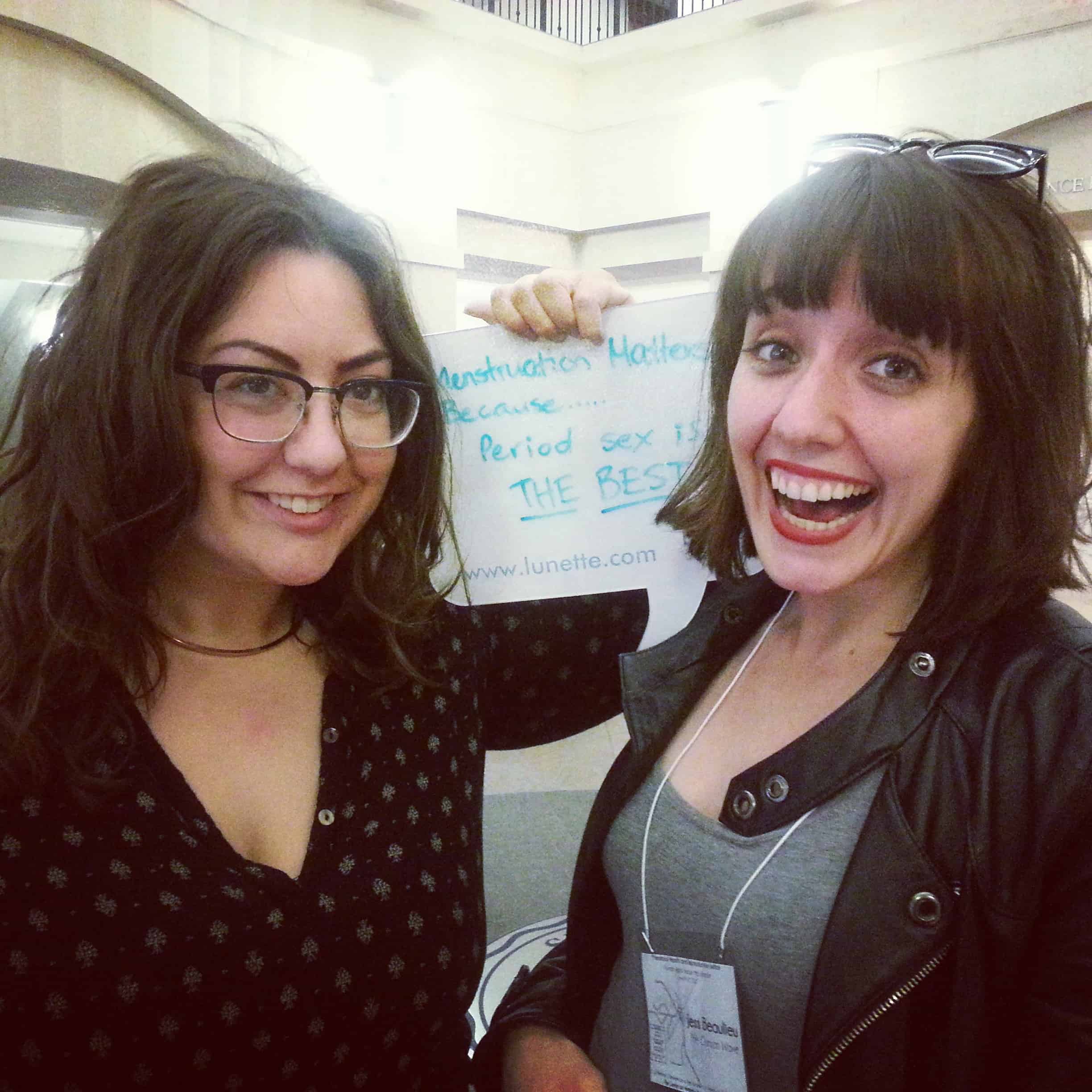 I haven’t had a romantic break-up in over two years and up until recently I had forgotten what it felt like to have a long-term relationship end. My single brain had temporarily erased the sensation of heartbreak from my memory, partially as a survival tactic and partially because it simply wasn’t a possibility in my life. I’ve been stationed in casual sex town for quite a while now and my train will not be traveling to a committed, monogamous city any time soon.

But then, unexpectedly, I had a break-up; an epic one of drastic proportions that shook everything inside of me. But I didn’t say goodbye to a dude I was sleeping with or a man I seriously loved or a boy I was kind of dating. I said goodbye to my best friend. She was a person I had known for years, who I worked with professionally and who no one could replace. She was my number one non-relative human and was just as important to me as any sibling was.

She wasn’t simply a pal. She was THE pal. The kind of pal that you text every day to inform them of what you ate for lunch. The kind of pal who Facebook assumes is in your photos because of how often you tag them. The kind of pal who you call regularly just to chat. Yes. You use your phone as an actual phone for this pal. Your bond with them is that intensely special. It’s like something out of the magical 90s when bracelets were exchanged and sleepovers were frequent and everyone wanted their own version of Central Perk.

And when a friendship of this caliber and relevance and meaning disappears, it hurts as badly as a divorce does. There is a family of mutual chums that you need to demand custody of. There are properties scattered across the city that you want to claim ownership over. If you’re also colleagues, as in my situation, there is paperwork to be signed and money to be divided and serious decisions to be made. You have to inform everyone in your circle that you’re no longer bosom buddies and that the birthday party invites should be sent only to one of you.

There is an entire sad process to dismantling years of companionship and it can be even more delicate and complicated and heart wrenching than the termination of a romantic union. It’s less common vanquishing a friendship so you often don’t even know if you’re making the right choice or if you can work through it. Maybe you need a break or another conversation or a bit of space. Or maybe you need to look out for you and that includes removing certain individuals from your day-to-day existence who may be contributing negatively to it. But, you don’t remove friends… they’re supposed to be around forever, aren’t they? I was taught at a young age that men do not last but my sisters from another mister would be by my side until I died. They’re guaranteed to never leave me.

So, when that friendship cord is cut, it’s surreal and confusing and isolating. When you break-up with your best friend, you can’t run to your best friend for comfort. You can’t weep on their shoulder when they’re the ones who caused the weeping. You can’t eat calming ice cream beside them or watch garbage movies or get late night Korean food together because they’re doing that separately, across the city, with someone else, who isn’t you. They can’t help you heal ‘cause they’re doing their own healing for the same reason. You can’t turn to your bestie to make you laugh and to dry your eyes and to tell you that you deserve better than… them.

It doesn’t work like that, and I didn’t realize how this mourning stage would play out until it actually happened to me. I sat in my bedroom, sobbing, looking at her Facebook profile, hoping I hadn’t been replaced yet, and wondering if we would maybe reunite. I hoped that we could mend the broken bridges at some point and go back to how things used to be in the good old days. I closed my eyes and imagined us running into each other’s arms, smiling ear-to-ear, and hugging for a solid ten minutes straight. I was delusional and miserable and lonelier than I had ever been before. I can honestly say that I have never felt as tragically alone as I did when my platonic soul mate left my life… for a month.

This was one bridge that could be mended, with a lot of discussion, a lot of listening, and a few therapy sessions. Yes, we attended couples therapy and it was the greatest idea she’s ever had. We needed a mediator. Someone to stand between us and point out what was actually going on in order for us to see it and fix it. We needed to have an honest, open conversation about our flaws. We needed to search for solutions to this conflict. We needed to look into each other’s eyes and say, “I still love you and I miss you and I want to eat late night Korean food with you again.”

I am thrilled to say six months later we are back to being best friends and we could not have done it without counseling. When we told people that we were going to see a therapist, some friends of ours laughed hysterically in response. They thought we were being ridiculous and melodramatic and acting like children. I, on the other hand, thought we were doing the complete opposite. We were behaving like mature adults who, instead of deserting a relationship, attempted to make amends and rebuild what we had lost. Children run. Adults stay. Therapy isn’t for everyone, but for us, it was totally necessary.

People often forget that friendships are still relationships. When you have to say goodbye to a person who you deeply love, it doesn’t matter what type of love you have for them. It’s painful regardless and sometimes you don’t reunite at all. Sometimes the cord is permanently cut and no therapist in the world can help you. And even if you do make up, everything doesn’t remain blissful forever. You continue to make mistakes and get mad at each other and occasionally fight. But for us, we manage to talk about it frankly and rationally these days. We have a good understanding now of where the other one is coming from. Luckily, like romantic relationships, you can seek guidance and improve the situation and rekindle the spark if you so choose. You can leave the past behind you and move forward as stronger people, smarter colleagues, and closer best friends.

Tags: Featured, Friend Breakup, Friendship, How To Get Over A Friend Break-Up, Personal Essays