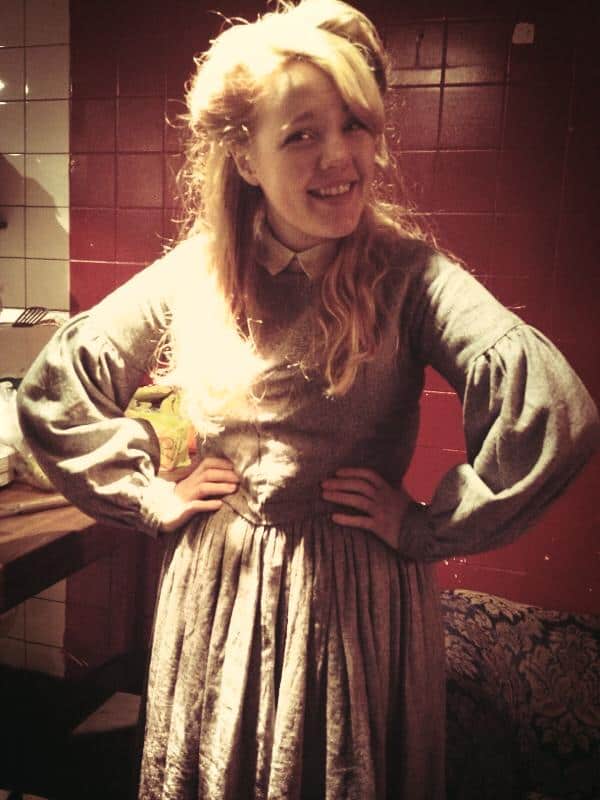 The Grown-Ass Woman’s Guide to: Ways my body is being sneaky right now

You’re a Grown-Ass Woman, so let me ask you this: has your body been acting…sneaky lately? Mine is. Hormonal changes are skulking around in the night, bumping into rogue hairs doing that Pink Panther creeping move, elbows and knees bouncing up and down to comedy sneaking music. My breath is being shifty, having quietly developed problems processing coffee that were not previously there. And my armpits, good lord. They’re in a secret sweat club with the backs of my knees (!), and I do not know when the meetings are but I would like to attend and object.

Look, I’m not ungrateful. Aging is a beautiful gift, in that it is the opposite of being dead, and life is a gift, therefore, thanks, world, for aging! I am deeply pleased not to be dead, almost every day, and thankful for the wisdom and depth that each passing year is bringing to my life (give me two seconds, I’m just buying some crocheted cat-cozies on etsy to go with this statement), but also what is going ON with the way my butt fits jeans now? And a hundred other things. These are some of them.

I had some nice pictures taken of myself the other day, for the purposes of accompanying articles or comedy stuff or whatever, and while they are very nice photos and will certainly serve their purpose, they also did something unexpected and kind of rude: tap me on the shoulder and whisper in my ear, “You’re not 19.” I know this, of course. This has been true for six full years, and, in the adapted words of Hannah Horvath’s gynecologist, “You couldn’t pay me to be [19] again.” However. I think in my head I just thought I was gaining life experience and a deeper appreciation for my friends and family and an awareness of the value of Investment Bras while maintaining the tight, bright skin of my teens and HI, no I’m not. I still get ID-ed at the LCBO sometimes, but when I smile I have crinkly eyes and I have a new, real love for products that combat “dark circles.” OH AND: I found my first wrinkle. My first, “Hi, nice to see you, I am the spectre of your body’s inevitable decay,” real wrinkle. It is a sarcasm crease above my right eyebrow from raising it like a snarky emoji, and I LOVE IT. Because that’s the thing about your body and face, it shows how you’ve used it! Isn’t that cool? I have used my face to be incredulous a lot, it turns out. This jerk-wrinkle has made me excited about further wrinkles, and especially laugh lines; what a LOVELY idea laugh lines are. “Oh these? This is how much happiness I’ve had in my life. Just on my face, every day.” (K but really get me to etsy I have some motivational kettles to buy.)

I don’t even want to get into the hair issue

JK I want to get into all the issues, all the time. Not “the issues,” obviously, because I am not the person to talk to about Syria or green infrastructure, much as I wish I was; but when it comes to the (un-)important (non-)issue of Rogue Body Hair, I am your girl. May I start this off with a brief memo to moles: ATTN: MOLES, what is going on with your hair production, man? Why is everything so wiry and dark and frighteningly rapid? How did a previously hairless mole sprout three super-sonic pitch-black friends within the last year that need to be carefully tended to at all times because they apparently grow OVERNIGHT? Urgent. Plz respond ASAP, I have a strapless dress I want to wear next week.

Related: 25 seems to be the year of the long, lone chin hair. This has been confirmed by friends the world over, it is fact. A single, dinglin’ chin hair just happens for us all at 25. Having passed this milestone just last June, I am now the proud owner of a solo hair on my neck that ripens like an avocado: not ready, not ready, BOOM, RIPE AND YOU MISSED IT AND NOW YOU ARE OUT IN PUBLIC WITH A MINI-BEARD EMERGENCY. This thing is too short to pull out for weeks, hanging out quietly stubbly until all of a sudden I reach up and it’s a visible, lengthy strand, and I’m on the TTC, desperately yanking at the world’s sparsest long white beard, like a crap wizard.

Something is going on with my breasts.

This is not an emergency of the chin-hair variety, although if we’re perfectly frank there has been a lone nip-hair sighting (my boyfriend, thoughtfully, both pointed and plucked it out like the goddamn gentleman that he is). I feel like I still have some time, here. But I can also feel my sweaterfriends doing… something. Shifting. Widening. They are heavy in a way that they were not before. I mentioned this to a friend in her 30s who said it was “only the beginning,” and then suggested that her entire body was in a race to pool at her feet, like JELL-O in a bag, and then we went quiet and decided it was probably time for a nice glass of wine.

In addition to, “You need to pee after sex,” “Your neck might just go weird and there’s not much you can do about it,” and, “No one can take pretty eye colour away from you, cling to this forever,” I wish someone had told me: “Your pubes do not stay shaped like a triangle in perpetuity, but rather creep outwards towards your thighs over time like out-of-control ginger-y vines, and please when describing this phenomenon later in your life on a women’s website do not make a red sea/high tide metaphor, it will only serve to gross everyone out.”

Anyway, we’re all going to shit and I think it’s kind of beautiful. See your decrepit bods next week!