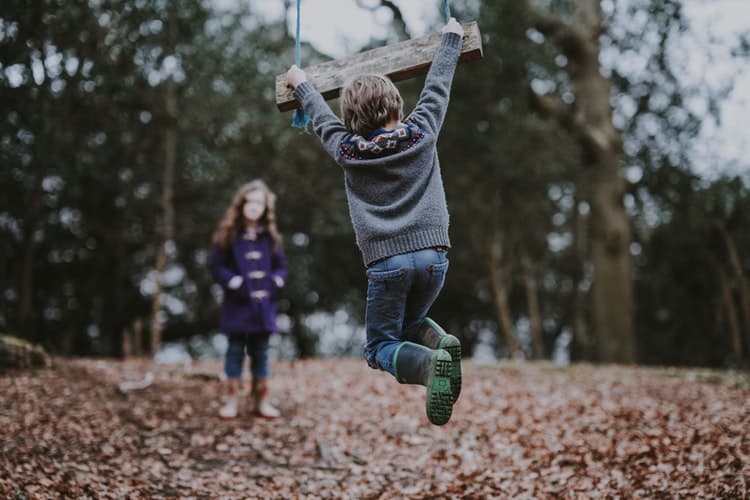 4 Ways My Parenting Is A Reaction Against My Own Upbringing

My lesbian moms taught me many positive lessons—they pushed independence and self-sufficiency. Like most children of the seventies and eighties, we were free-range and without a lot of restrictions. Now that it is my turn to parent, in some ways my parenting style is a reaction against the way I was brought up.

Here’s what I’ve decided to a do a little differently as a result.

When it comes to news and politics, take your child’s maturity level into account.

Find the happy medium where you can educate them to think critically about current events but can still make their emotional safety and comfort a priority.

I grew up in a very politically active family. The Cold War was going strong and my family was committed to nuclear disarmament. We wrote letters to President Reagan (someone at church suggested I write mine in crayon to appear younger). We travelled around western New York performing a peace play (that was fun, I can’t lie). We watched the news together every night while my stepmother swore at our elected officials and lamented the eminent destruction of our world. And we went to the Women’s Peace Encampment at the Seneca Army Depot to protest their storage of nuclear weapons. I crossed the line and gave a rose to the MPs when I was nine years old. They had machine guns and green uniforms. I had pink sneakers and a wilted flower. I cried all the way home.

Now, I have taken my children to lobby our US senators and I encourage them to think deeply about current events, but I protect my children’s innocence. They don’t watch the news. I want them to be informed without the fear mongering popular in the US media. I don’t want my children to grow up like I did—awake in the middle of the night, terrified about things I had no control over.

Likewise, I don’t take them to political rallies. I am grateful that there are people marching for causes I believe in, but we don’t join them as a family. Sometimes things go very wrong at protest marches.

Teach children that their bodies are special, and cultivate healthy boundaries.

When I grew up, my family was a naked household. We went naked camping every summer. The bathroom door was never closed, and using the bathroom while someone else was in the shower was no big deal—as long as you warned them before flushing, because the shower would scald them otherwise. I was supposed to get the message that it was all very natural. Instead, I got the message that my body wasn’t anything special or worth protecting. To be clear, this was not my parents’ intended message, but it is the message I took from it nonetheless.

My boys were allowed to run naked as toddlers, but not once they reached school-age. They are allowed privacy in the bathroom, even if they seem to be taking a really long time. My kids don’t see me naked anymore, and I don’t stay in the room when they get dressed. No one is allowed to chide them if they want to wear a shirt to the beach or change clothes out of sight—they get to make the rules for their own bodies.

Like my mother, I am a divorced parent. I leaned on my two moms as I went through my divorce, and it was incredibly helpful to know that they supported me without judgement. But so many women—my mother included—turn discipline over to the man of the house. (Or male-identified lesbian, in my mother’s case.) I understand the impulse—if you don’t mete out punishment, the children always like you more. The step-parent becomes your fall-guy. But this doesn’t foster a healthy relationship between the children and the new addition to their parental team. I brought these children into the relationship—I have to be the bad guy. I’m not good at it and I don’t like it, but it’s my responsibility.

Be the parent you always wanted to have.

My mother worked and I missed her. My brother and I walked home from school to an empty house every day. I decided to be a stay-at-home mother when I was ten years old, and although divorce necessitated that I cobble together part-time jobs and work-at-home jobs at various points in my life, I found ways to be the parent I wanted.

I’m not knocking anyone who chooses to work outside of the home, but for me, this is the way I always wanted to raise my kids. I love that I can stay at home with my children. We ride bikes together to school. I bake fresh cookies every time they have a friend over. I don’t even care if my kids appreciate it—though I think they do, at least sometimes. I’m not saying these little things matter in the overall scope of life, but it is a nod to my childhood self. A promise kept, a hug across the decades.

And in those early years of divorced parenting, it was my parents who helped make that possible. They rented a house to me at a below-market value. They gave us memberships to museums for Christmas. And in spite of their failings, they raised me to be someone good at creative thinking, determined to find a way to make my dreams a reality.

Lara Lillibridge is a graduate of West Virginia Wesleyan College’s MFA program in creative nonfiction. Her book, Girlish: Growing Up in a Lesbian Home, comes out in April. She is currently writing a memoir of parenting her sons. Connect with Lara Lillibridge at www.laralillibridge.com or on Twitter.