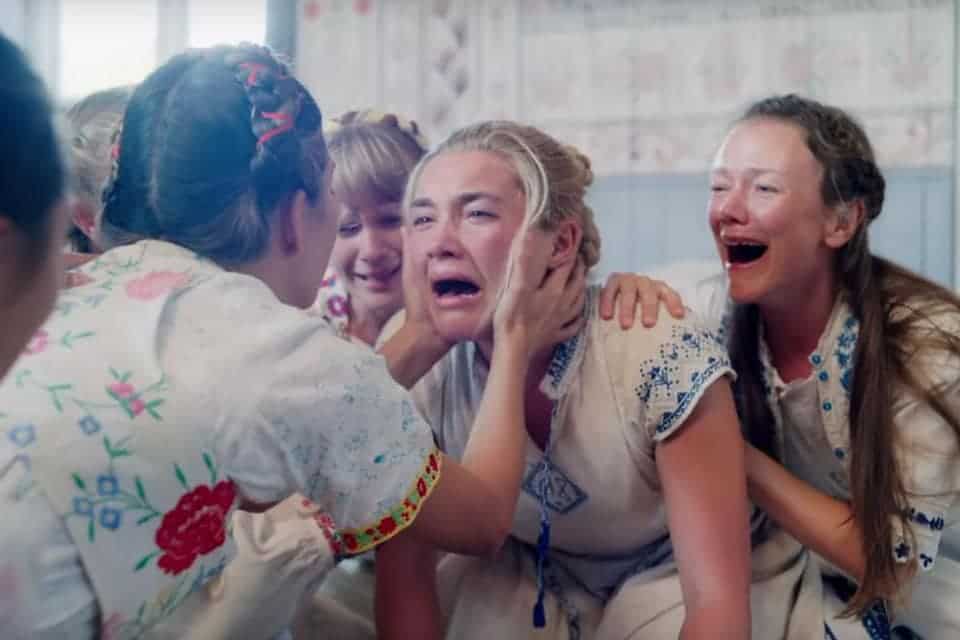 This Sunday: A Midsommar Cry in the Park Over Men Who Have Wronged Us

Have you been burned this summer? Are you about half-past give-a-shit when it comes to your dating life? You’re not alone! Join with other spurned lovers and commune in nature (well, Christie Pits) for a hearty Midsommar Cry in the Park Over Men Who Have Wronged Us! 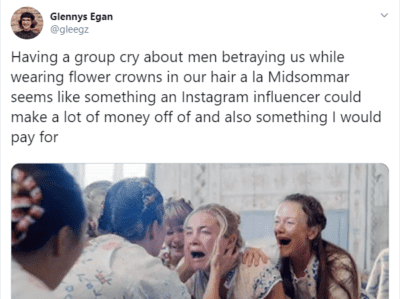 …she decided to make it happen in Toronto, because horror stories, and “also it’s summer and this is a time to sit in parks and have communal experiences,” says Aujlay.

She has noticed an uptick in bad behaviour from men over the last few years. “I think the difference is that since the movie Midsommar came out, it’s helped to represent the kind of shitty behaviour that a lot of women experience in their relationships with men,” she says. “I think almost every woman who dates men has dealt with a guy like the one in the movie (who provides zero emotional support and takes advantage of the woman’s emotional labour). I think seeing it acted out on the big screen (along with what happens later in the movie) was very cathartic for a lot of people.”

Although this event is geared toward women who have had relationships with men (since that seems to be where most of the grief comes from), it is open to all genders and non-binary folks and people of all sexual orientations. She hopes that people can come together to share burdens and help one another heal. “As long as everything stays safe, people are welcome to do whatever they want to get over their relationship grief whether it’s crying, reciting poetry, or even airing out their worst text messages. I want people to express what they are feeling in all its ugly realness,” she says. “I think it will be nice for people to feel seen and heard.”

The emotional outpouring will commence at 2 p.m. on Sunday, August 25 in Christie Pits. Get the deets here.