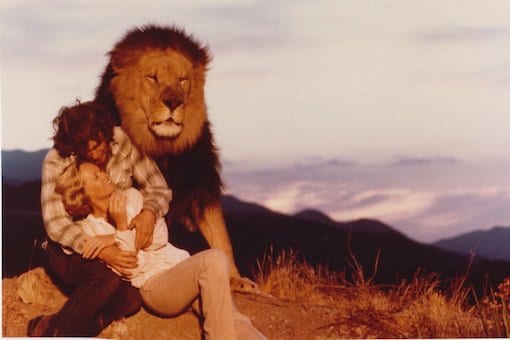 Tonight At The Royal: The Most Dangerous Film EVER Made

Get your weekend started off right with Ryan Gosling and some real-life maiming! The Royal (608 College St) is screening both Gosling’s directorial debut, Lost River and the MOST DANGEROUS FILM EVER MADE, Roar.

Lost River is the tale of a struggling single mom who takes on a gig at a bizarre local cabaret to pay her loans. It smacks of David Lynch, Harmony Korine’s Gummo and Drive. Crave Online called it “an intriguing, sometimes haunting surrealist drama.”

Roar follows wildlife preservationist Hank who lives harmoniously alongside over 100 untamed animals (including cheetahs, elephants, lions and tigers). “When his wife and children arrive for a visit, a long-brewing battle for dominance between the lions erupts and threatens their very lives.” No animals were harmed during the making of Roar, but 70 members of the cast and crew were!