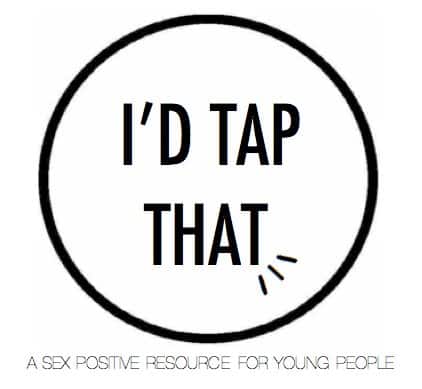 Sometimes being a straight cis sex-positive feminist and finding a local scene that I fit into can be hard. That’s why I was so thrilled when I first heard about I’d Tap That and their monthly #CrushTO parties!

I’d Tap That is the brainchild of Jesse Rae West, Khadeja Wilkinson, and Caitlin K. Roberts. Khadeja and Caitlin were working together on Body Pride workshops—small, intimate events to encourage women to get in touch with and appreciate their bodies—when they met Jesse. Together, the three of them wanted to build a community for people who are sex-positive and trying to navigate their way in the queer community. Under the umbrella of I’d Tap That, they throw parties, hold workshops, and organize projects for anyone who is interested.

The first thing that the ladies want to get straight about #CrushTO is that it is NOT a sex party! While there are designated rooms for play, the main point of a #CrushTO party is to meet with likeminded people, have fun, and shake your ass on the dance floor. And who is likely to show up at a #CrushTO party? Well that’s the beauty of it because unlike many events in Toronto, these parties are truly open to anyone. Gay, straight, bi, trans, cis, kinky, vanilla, polyamorous, and even plain ol’ monogamous people are welcome.

The ladies of I’d Tap That recognize that while anyone can be sex-positive, they don’t always fall neatly within the confines of any one specific group. If you’re new to the whole scene and feeling a bit intimidated, they highly recommend attending one of their Puppy Love parties, a slightly smaller, more intimate event where you can meet other people and play old school party games like Truth or Dare, Spin the Bottle, and Twister!

The I’d Tap That crew agrees that our society has a lot of work to do in becoming more open minded and having honest discussions about sex. While society seems to be inundated with images of sexuality, the mainstream attitude still seems to be one of moral outrage at anything deemed too sexual. Jesse believes everyone needs to work on their sexuality.

“It’s not something you’re born with,” she says. “You have to educate yourself about why you’re making the decisions you’re making, and not just accept everything that’s fed to you.”  Khadeja also says that we need to take a healthful approach to sexuality: “Until we start liking our bodies, there’s no way we’re going to like our sexuality. We need to stop eating all the crap we eat, stop having all the bad addictions we have, kick ourselves in the ass, and be better to ourselves.”

Caitlin adds that education is the key to healthy sexuality. “The missing link is the education and conversation,” she says. “Allowing more and more people to become aware of what a grounded and informed sexuality actually is and looks like will help tenfold. The key is not to give up our naughtiness. If we can talk informatively about it and still be naughty, we’ll all be joyously loving all over the place (however you personally chose to do so).”

Refreshingly, these women also believe that men can have a positive place in their community. While other sex-positive spaces generally frown on single men (such as clubs that only allow men to enter if they are part of a couple), #CrushTO truly strives to be open and welcoming for everyone, no matter their gender or marital status. On Sept. 24, they’ll be holding an event to facilitate discussion amongst feminist and sex-positive men, helping them explore some of the roadblocks they face.

Moving forward, Jesse, Khadeja, and Caitlin have some big dreams. “If we had no budget,” says Khadeja, “I would love to build one huge, accessible venue that suits all our needs. It would have a club, multiple play rooms, a dungeon, tons of bathrooms, everything!” Jesse adds, “And it would have a ridiculously good sound system!” Caitlin has an even grander vision: “If there was no budget, I would rent out a park, get a giant tent and some elephants and giraffes, and we could all wander around naked and just have a giant orgy. It would be weirdly biblical, but I dreamt it, and it was epic.” In the meantime, the ladies want so reassure us that #CrushTO is a truly open and inviting event. “There’s a community for everyone; you don’t have to feel isolated,” says Jesse.

Adds Khadeja: “You just have to dig!”

Shedoesthecity is giving away two free passes to the #CrushTO Tight and Bright party! If you want to go, enter on Twitter by tweeting: “Hey @shedoesthecity, I want to get #TightandBright with @_idtapthat at #CrushTO!”