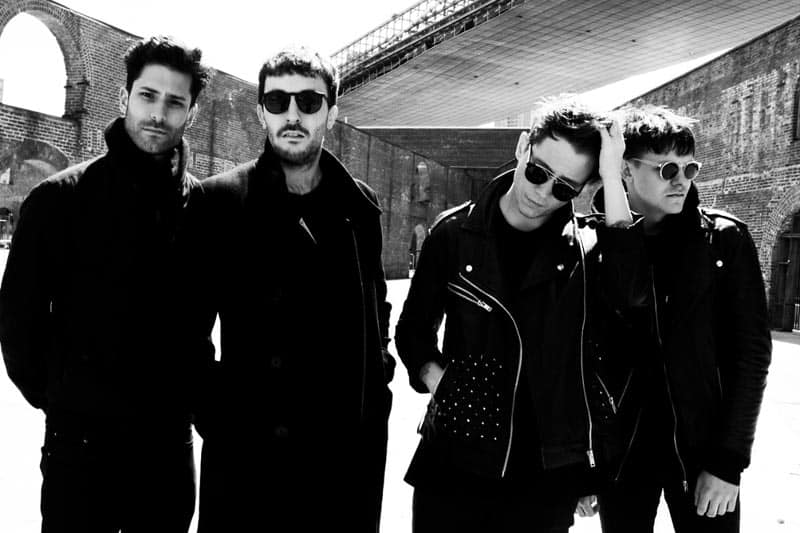 “Essentially, we’re a pop band. But that doesn’t necessarily have to be a dirty word,” Lee Newell says through the phone from a parking lot somewhere in Boston. He is talking, of course, about his band Lovelife, who are currently touring across North America with Capital Cities and Gold Fields before joining The Neighbourhood.

Hailing from London, England, Newell and bandmate Ally Young (previously of Mirrors) moved to New York City last year to carve out a name for themselves. With their current tour in full swing and a recent appearance at SXSW, Lovelife is doing exactly that.

“We saved up what we had; the scraps from the sofa,” Newell says of the relocation. “It turned out to be the best thing we could have done.”

Lovelife chose NYC because of its vastness, but amidst the much-needed isolation, they also found new friends and a music scene much bigger than the one back home in the UK. “Everything is bigger in America,” Newell laughs. “The quality of the smaller up-and-coming bands is a lot better.”

Before forming Lovelife, Newell was a part of a somewhat up-and-coming band himself: Viva Brother, who received plenty of press both before and after their split in 2012. “It’s a natural thing; you shed your skin every so often,” he says of his evolution since then. Current bandmate Young was the catalyst for that evolution, for which he’s very grateful.

While Viva Brother was pure indie rock, Lovelife isn’t as easily defined. Synth-pop is what their music is commonly referred to as, but there’s certainly some R&B in there, too. Their lyrics often centre around failed relationships and a lack of love life—not unlike The Smiths who, along with ’90s pop music, Newell lists as influences. (He credits the latter—both “the really good songs and the horrible, horrible shit”—to growing up with Top 40-loving parents.) As for their musical process, Newell says that it varies song-to-song. The popular “Your New Beloved”, for example, was written in their Brooklyn apartment (while Hurricane Sandy was raging outside, no less) as a sort-of afternoon throwaway song.

Lovelife will be releasing their new EP Stateless next month which, as they’ve done with their previous EPs, is named after the place it was written – in this case, across several different states and continents over the past four months. (Their previous EP 4th Floor was written in their fourth floor apartment while El Regreso’s origin is in Brooklyn.)

“A platinum-selling, number one,” Newell jokes when I ask him what we can expect from the new EP. But with hype building and his band’s first full-length album on the horizon, he might not be far off.

Lovelife play the Virgin Mobile Mod Club next Monday, May 13 ($16 tickets are still available both online and at the door).