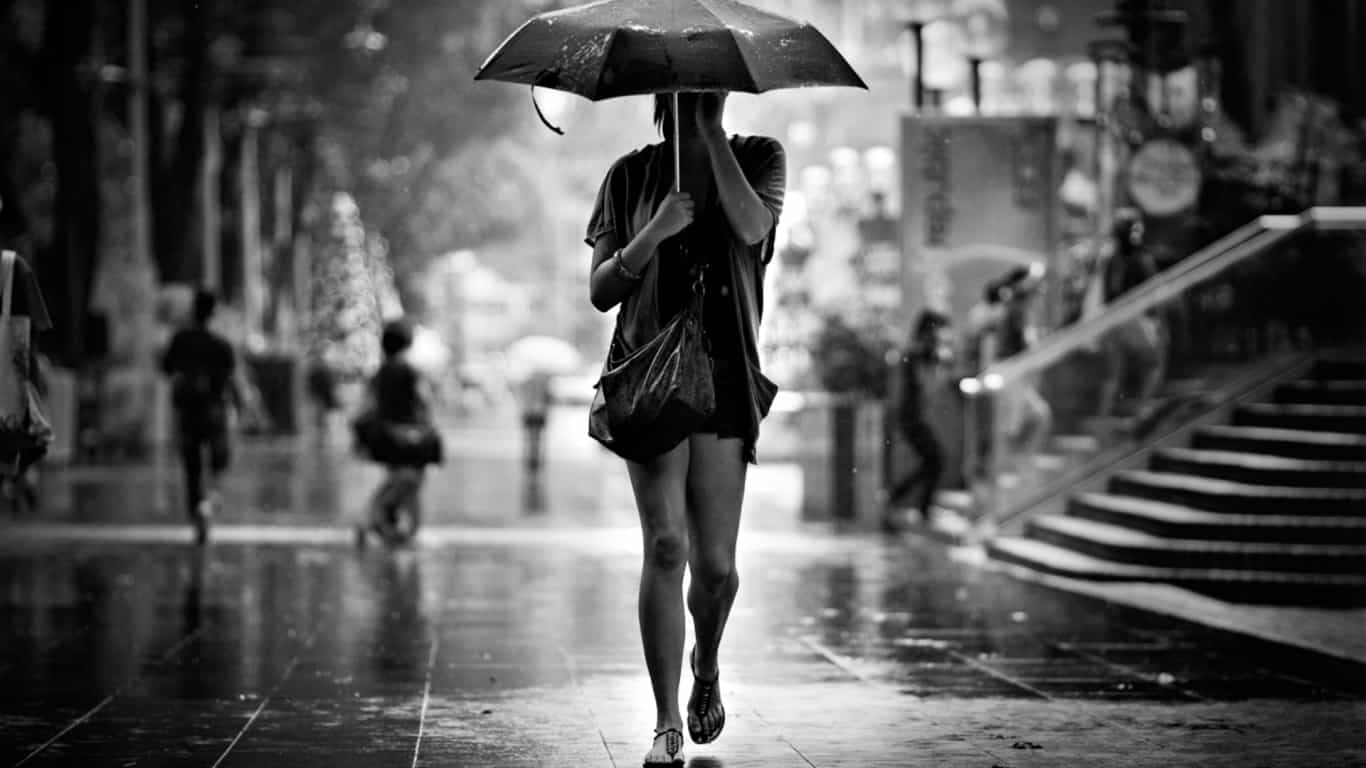 Last night I got caught in a sudden and deadly downpour. One minute I had my shades on and the next I was taking cover in Tequila Bookworm, watching people huddle together under storefronts and umbrellas blowing down the street. It lasted long enough that it was impossible to get an Uber but not too long that it put a damper on the evening (no pun intended).

Suddenly it ended, and as I continued on home I passed two people shaking hands beneath an overhanging.

Two people, thrown together by nothing more than a desperate attempt to stay dry. I thought about them a lot that night. I thought about the fact that sometimes we happen to meet people. And maybe it’s planned and maybe it’s natural. Maybe it’s a friend of a friend or a run-in with someone we once knew or a lazy right swipe. Maybe it’s been a long time coming and maybe there’s nothing to it other than the fact it simply started to rain and we were too attached to our hair and our cellphones to continue walking.

For a long time I’ve been hung up on the same person who I know isn’t right or good for what I need in my life, but there’s something I can’t shake. And it’s so fucking frustrating to continually wake up at 3am and feel the need to cry for few minutes before falling back asleep. It’s stupid and draining and frankly, quite pathetic.

But when I came across these two strangers, I felt this lovely sense of peace. They hadn’t planned to meet, nor would likely ever meet again – but for whatever reason the world decided to throw them together. And maybe it was for nothing more than a fun and meaningless ten minutes – but regardless, they met and there was nothing they could do about it.

I thought about my situation and how perhaps, there is nothing I can do about it either. Maybe the world had thrown US together for a reason, too. And maybe the reason was to make me stronger. It was letting me learn about life and myself and it forced me to seek solace in friends and places and things that mattered so much more than 3am tears. And perhaps the world was keeping him in that ol’ brain of mine because I wasn’t quite yet done learning and loving and finding myself and distracting myself with wonderful things.

I thought about the last guy who broke(ish) my heart. It was rough and my ego took an overwhelmingly large hit. But the next day I started writing, and I knew had he stuck around I never would have taken the time to do that. We would have curled up in sweatpants and watched TV instead. And although I looooove me some sweatpants, I love what writing has done for me even more.

I thought about the fact that perhaps, cliché as it is, everything happens for a reason. And maybe when we get dumped or lost or simply can’t find the brand of salad dressing we want to buy, it’s because our life is simply meant to take a better direction – be it as a whole or simply down a different aisle of Loblaws.

Last night I got caught in a sudden and deadly downpour. And somehow, the whole situation allowed me to suddenly let myself free.