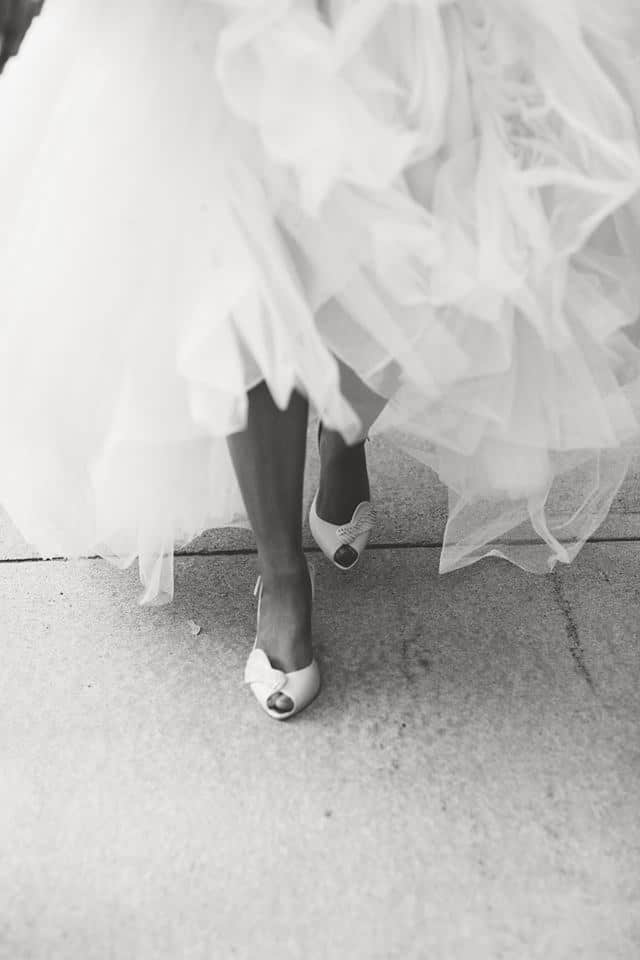 Why get married when none of your friends are doing it?

There are numerous reasons why marriage seems outdated. Millennials are broke and in debt, and there just so happens to be a huge income-related marriage gap in Canada. People are getting married when they’re older, ideologies clash, divorce rates soar; the list goes on. I get it.

I was a non-believer for a long time. As a kid, I didn’t dream about the perfect veil. I never draped myself in a white tablecloth to create a makeshift wedding dress. My parents only got married to please a crazy, albeit wealthy, aunt so that they could get money to move from Vancouver to Quebec. Their wedding was at the town hall. My oldest brother was present.

However, there’s something fundamental about weddings that I hadn’t given much thought to before my own. I’m going to try not get too “live, laugh, love” here, but without weddings, we don’t get many opportunities to celebrate the good things. Yes, there are birthdays, but a wedding is like a birthday party on steroids and ten cups of coffee, and it’s about more than you and your partner. When you take weddings out of the equation, you’re eliminating a joyful opportunity to have all your loved ones in one place at the same time. Another opportunity, most definitely not joyful, is a funeral (and God knows the food won’t be as good).

My husband first thought of asking me to marry him two-and-a-half years ago after my uncle died of cancer. My whole family was together at the funeral for the first time in a long time. It was awful, but it was also great to be with them, the entire ordeal then laced with guilt for acknowledging the fun. Over Skype, my father-in-law mentioned to my husband that the family “could sure use a wedding,” (hint hint, nudge nudge). Turns out he was right. It also turned out I really agree that we should celebrate being alive and in love.

It’s an occasion to find out who your greatest friends are (and not in a Hunger Games kind of way). This is especially important if you have the brilliant idea of planning most of it yourselves and you’ll inevitably be endlessly in their debt, in a really good way. My dad and his girlfriend proved to be superhumanly gracious and helped us get married in my childhood backyard. There was a clan of our friends and family stringing lights, tying bows, setting tables, picking flowers and putting up the hundreds of damn paper cranes we’d folded while watching The Sopranos in its entirety. It meant that 112 people descended onto my tiny hometown of Frelighsburg, Quebec, because we’d pretty much made them. The thing is, everyone was more than happy to be there. It was like an exclusive club without golf or animal sacrifice.

The promise of a meal and one hell of a backyard party certainly sweetens the deal, but there’s more to it: it’s the kind of event that thrusts sincerity onto you. In a great age of cynicism, it’s unexpectedly refreshing to see your friends, sardonic and sensitive alike, weeping. Who doesn’t want to make their friends cry?

But seriously, as a fairly sarcastic individual, I suddenly found myself crying in front of everyone I cared about, telling most of them how much I loved them. I promised to give them paper cranes and other things I don’t remember from my sincerity blackout. It was like MDMA without the serotonin hangover. Now it’s kind of like we share one big secret: “Remember when we cut all the crap and saw tears in each other’s eyes? Yeah, I won’t mention it if you don’t. Deal.” Still, once you peek behind the thick curtain of irony and cynicism, something changes and you can’t un-see it.

Then there’s the whole part about telling your best friend you want to spend your whole life with them. You want to see their hair turn grey and watch wrinkles form on their face from every time you made them laugh and pissed them off. It didn’t feel quite real until it was actually happening, as this person I loved stood there saying beautiful things to me. Stress about dresses, seating plans, cocktails and sound systems disappeared because there was suddenly an actual point to all of it. We were two people who were incredibly lucky to have found each other, lucky to be able to make the biggest promise of our lives, standing strong. There wasn’t a cloud in the sky. There were only infinite possibilities.

Also great is the first time you answer your spouse’s phone for something official and say, “This is his wife speaking.”

It’s fun to play grownup until you realize you accidentally became one.