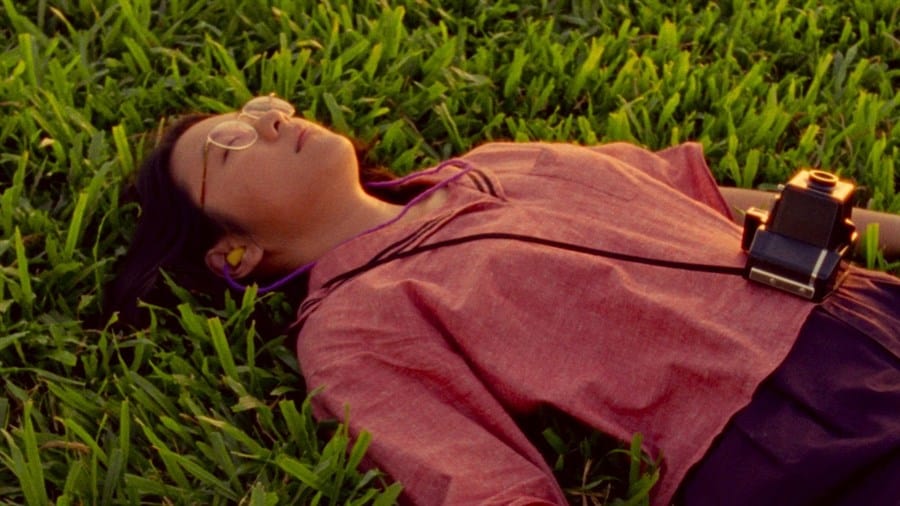 10 Powerful, Timely, Weird & Wonderful Films You Should Check Out at Hot Docs 2018

The 25th year of the Hot Docs International Documentary Festival kicks off April 26 and runs until May 6. As a former Hot Docs volunteer and employee, I feel blessed to live in Toronto and have the ability to peek into the lives of others through this film fest. Hot Docs exposes us to different corners of the globe, teaching us that the world is bigger than ourselves; it nudges us to think about other perspectives, languages and ways of being. For that, I feel so grateful.

This year’s lineup is one of the best in recent memory, and it was no surprise when I learned this schedule marks the first time gender parity has been achieved at the festival, meaning half of the participating filmmakers are women. It hasn’t been easy narrowing down our faves this year, but here’s our hot take on the top films for #HotDocs25. 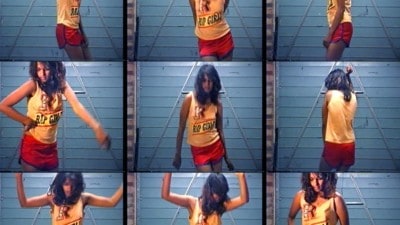 “Two decades’ worth of personal footage capture the complex evolution of M.I.A., the musician and social justice activist whose outspoken rhymes tore up the charts, stoked political fires and captivated fans and critics worldwide.” – Gabor Pertic

Why we want to see it: This might be the year’s most anticipated music doc for fierce females (and those who love them). The Sri Lankan London-based artist always has something pointed to say, and we can’t wait to see what she’s up to next as she communicates her message with pop, style and innovation. This film is part of the Big Ideas series, where M.I.A will appear for an interview in Toronto.

I Used To Be Normal: A Boyband Fangirl Story 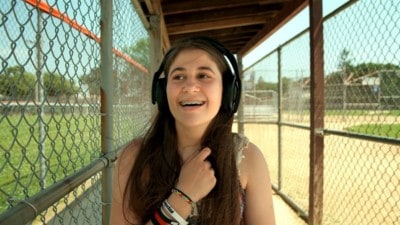 I Used To Be Normal Directed by Jessica Leski

“From the Beatles to the Backstreet Boys, One Direction to Take That, three generations of zealous boyband fans reflect on the objects of their obsessions and explore how the thrills, fantasies and roller-coaster emotions of fandom have changed and challenged their lives.” – Angie Driscoll

Why we want to see it: If you grew up in the 1990s, this one’s sure to resonate, but we love that it spans generations. We imagine we’ll be feeling pretty nostalgic at this screening as we watch fandom change throughout the ages and learn about the deeper and darker sides of it along the way. 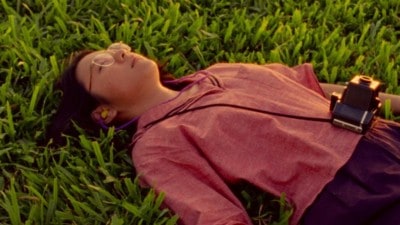 “A young writer from Singapore shoots the country’s first indie road movie with her mysterious American mentor, who then disappears—with all the footage. Decades later, the reels resurface, reopening the mysteries of the film that could have been.” – Artscapes

Why we want to see it: Shirkers was supposed to be a 1990s teen girl cult film from Singapore. And then all the footage disappeared. Whaaat? We’re sold. Need to know what happened, ASAP. The mysterious, zany indie film is already a hit: it won the World Cinema Documentary category at Sundance and has supposedly been picked up by Netflix. 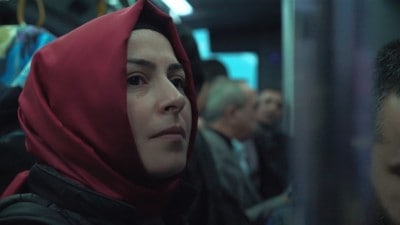 “Three long-distance commuters in Los Angeles, Istanbul and Mexico City question their quality of life and reflect on the hours they’ve lost as they traverse congested highways and crowded subways on their way to and from work.” – Heather Haynes

Why we want to see it: This doc on living and commuting in megacities might have you either rethinking your disdain for the TTC or reinforcing it. We suspect hints of existential disparity and heaps of frustration. By the end, you’ll be asking critical questions about how we can improve urban design, traffic and transit for everybody. 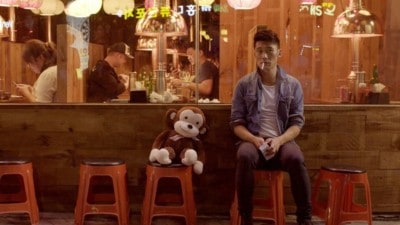 “Two Danish-Korean adoptees return to their birthplaces, searching for their mothers, their identities and their destinies in a disorienting emotional journey that blurs fact and fiction.” – Angie Driscoll

Why we want to see it: Because the trailer is striking, contemporary and otherworldly. Because, did you even know that documentaries can use fictional elements, scripted scenes and performances to make a story come to life? Because whether or not you were adopted, you’ll relate to the story of these characters who feel frustrated not knowing where they belong, as they navigate between two cultures, longing for something they don’t know how to define. 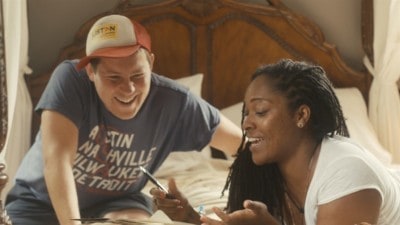 “As an upstart slam poetry team from NYC prepares for national championships, their coach challenges them to take risks and write from the soul. Can daring poems about racism, homophobia and cultural appropriation compete with crowd-pleasers for the title?” – Angie Driscoll

Why we want to see it: It’ll be interesting to see how the writing process works for these twenty-somethings who are pushed to communicate from a place of vulnerability–never fun or easy! But worth it. Given the current political climate, this doc is timely and makes a statement in a creative way. We reckon it’ll inspire you to get your pens and notebooks out and start Googling the next writer’s workshop. 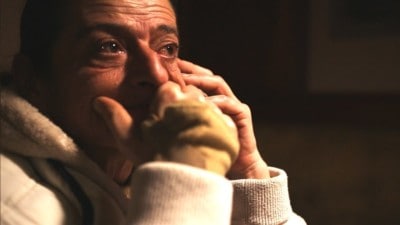 “Overworked, starved and mistreated, a middle-aged woman has been trapped in domestic slavery for over a decade by an affluent Hungarian family—but as trust grows between her and the filmmaker, she makes a heroic bid for freedom.” – Heather Haynes

Why we want to see it: The fact that this story is non-fiction is mind-blowing, and works like this consistently leave us in awe of the documentary filmmaking process. Director Bernadett Tuza-Ritter masterfully inserts herself in the home and in the story of Marish, perhaps even helping her make an exit to find her eighteen-year-old runaway daughter. But will Marish actually escape? We are dying to find out. 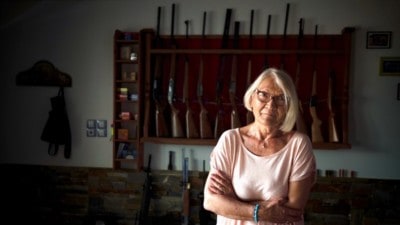 “When the notorious leader of Greece’s right-wing, ultranationalist Golden Dawn Party is thrown behind bars, his daughter, wife and mother—all eloquent, unflappable and ruthless—take the reins and reveal their true colours through a disturbing series of interviews.” – Heather Haynes

Why we want to see it: This one looks like it’s going to be very dramatic. We’re looking forward to seeing how filmmaker Håvard Bustnes gains access to this family and documents their pre-election plans, all while discovering something even more uncomfortable about what’s happening behind the scenes. We’re sure Golden Dawn Girls will have us doing some deep thinking as we discover how eerily familiar politics can be, even across the globe.

The Silence Breakers Program
This year’s special program, presented in partnership with Oxfam Canada, features films about women speaking up and being heard. The whole program is brilliantly curated and highly recommended, but these two films stood out to us. 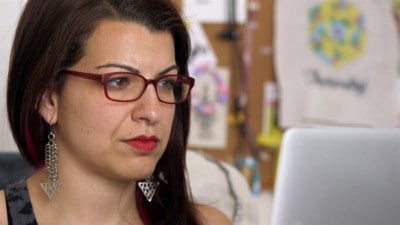 “Systematically silenced and terrorized by anonymous harassers, three women—among the many millions for whom the internet is a battleground—attempt to seek justice and spread awareness, taking back their power and their lives in the process.” – Heather Haynes

Why we want to see it: Digital abuse and online harassment have destroyed the lives of countless women. Now, Anita Sarkeesian, Tina Reine and Carrie Goldberg are working together to change Internet policy and make it a safer place. Lowen, Sarkeesian and Goldberg will be in attendance at the Big Ideas screening of the film. If you like Internet docs, also check out The Cleaners, which tells a shady story of Internet content moderators and censorship. 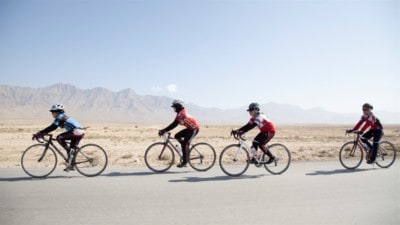 “Young Afghan women challenge gender and cultural barriers as they train with the Women’s National Cycling Team. Using the bicycle as a literal and metaphorical vehicle for freedom, they fight for empowerment and social change at the risk of their own lives.” – Heather Haynes

Why we want to see it: Historically, the bicycle has been a revolutionary vehicle for change for women around the world, but will it help them find autonomy in the city of Bamiyan? This doc highlights the challenges of feminism in the Middle East, but it also gives us hope that things are slowly changing.

Find out more information on #HotDocs25 screening dates, times and more at hotdocs.ca. Check out the RUSH list to see which advanced screenings have already sold out and how to get same-day tickets. Students with valid ID and seniors (60+) can get free admission to films that start before 5 p.m. Be sure to pick up your tickets at the venue box office on the day of the screening, subject to availability.