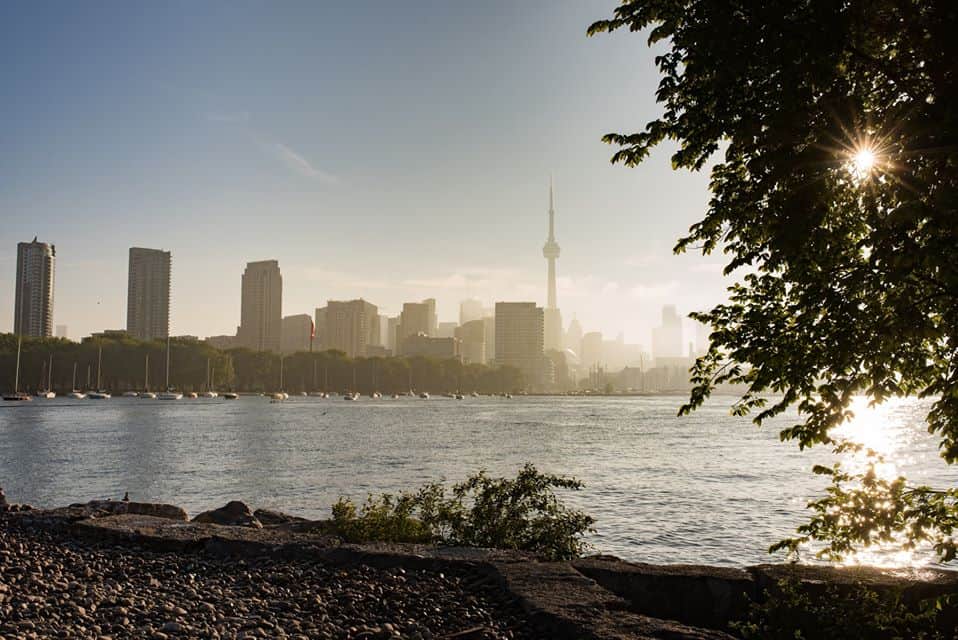 12 Things to Explore in Toronto While Keeping a Distance

As Toronto and the rest of the world continues to grapple with the COVID-19 outbreak, social distancing has become imperative in slowing the spread of the virus. Limiting contact with others and putting social events on hold can be difficult, but there are still lots of places across the city that can be explored while keeping a distance.

High Park (1873 Bloor St. W.) is one of downtown Toronto’s largest green spaces, offering 400 acres of mixed recreational and natural areas to explore. The park’s cherry blossoms have begun to bloom too – just make sure to keep a distance of six feet or more between yourself and others while snapping photos.

The Rosedale Ravine (450 Bloor St. E.) is a scenic forest trail that loops down to the Bayview Extension and north to Moore Avenue or Mount Pleasant Cemetery. You can also take it to the Beltline, a nine-kilometre trail that follows the former Toronto Belt Line Railway.

Enjoy a walk or run along Toronto’s waterfront at Trillium Park (955 Lake Shore Blvd. W.). The park, which includes the William G. Davis Trail, was transformed from a parking lot into 7.5 acres of green space filled with thousands of trees, plants, flowers, and boulders.

The Toronto Music Garden (479 Queens Quay W.) is another great escape located along the waterfront. The garden was designed by acclaimed cellist Yo Yo Ma and landscape designer Julie Moir Messervy, in collaboration with the City of Toronto’s Parks and Recreation department, as a “reflection in landscape” of Bach’s Suite No. 1 in G Major for unaccompanied cello, BWV 1007.

Located on an old railway tunnel in Moccasin Trail Park (55 Green Belt Dr.), the Rainbow Tunnel was created in the 1970s by Norwegian teenager B.C. Johnson as a tribute to his late friend. It was removed and repainted multiple times before being restored in 2013.

Explore one of Toronto’s most storied neighbourhoods with the guidance of the late urbanist and activist Jane Jacobs. This walking tour – a collaboration between the City of Toronto, CBC, and Jane’s Walk – takes between one and two hours and will introduce you to some of Jacobs’ ideas through the story of the Annex. Download the audio here.

Admire the architecture, culture, and history of Toronto’s Old Town on this hour-long walking tour. Stops include the city’s first public well, St. James Cathedral, the Flatiron Building, and more.

You may not be able to venture inside Toronto’s historic sites right now, but you can still admire them from afar. The Still Hip: National Historic Sites Walking Tour takes you from the Gouinlock Buildings – the largest remaining group of early 20th-century exhibition buildings in Canada – to the Gooderham and Worts Distillery.

If you love street art, there’s a good chance you’ve walked through Queen West’s colourful Graffiti Alley (Rush Lane from Spadina to Portland St.) at least once. New artwork is always popping up though, so it’s worth revisiting.

Continue west along Queen St. W. from Graffiti Alley and you’ll find another laneway covered in street art. The garages that make up the Ossington Laneway were painted black in error last year, but have since been reclaimed by local artists.