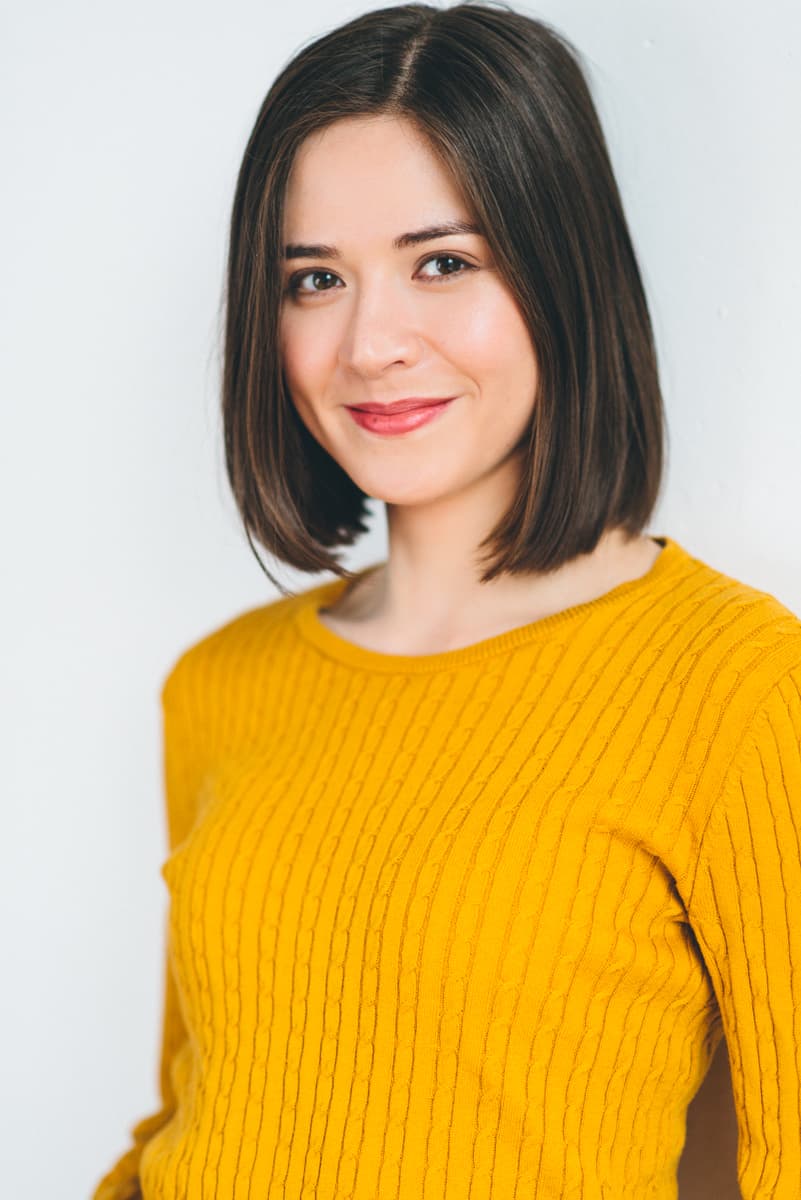 Courtney Ch’ng Lancaster is a UBC, Banff – Citadel, and Soulpepper Academy graduate. She is now a Soulpepper Resident Artist, is on the Soulpepper Artistic Directors Cabinet, is a founding member of The Howland Company, and is this year’s Shen Fellow.

You can see the culmination of a year’s worth of her performance development programming at The Shen Development Festival, coming up on November 19th.  Throughout the day there will be several performances of five different shows – Cassettes 100, Someone Between, Undercover Indian, Good/Don’t, and Love You Wrong Time, as well as a cabaret and a screening of CBC’s Kim’s Convenience (based on the play from previous Shen Fellow Ins Choi).

We caught up with Courtney this week.

CCL: I recently found a bucket list I wrote when I was sixteen, and I’m slightly freaked out to say I’ve completed nearly all of it, including travelling to my parents’ native countries, singing with a rock band, performing on a major professional stage, performing on Broadway (okay, 42nd Street counts, right?!), and finally owning ALL the boots (I just scored some black R.M. Williams ankle boots on Craigslist for so cheap!) So I guess I’ll…retire? Fortunately, my sixteen-year-old self really wanted to take a pottery class and I haven’t done that yet. So I guess that’s at the top of my bucket list!

Music is for road trips, contemplative moments and dramatic crying jags (when you’ll find me listening to Jason Isbell and Harrow Fair). If I want to get something done, I’m addicted to podcasts. This American Life, Death, Sex and Money, Planet Money, 99% Invisible, and Explain it to Jamie.

It’s all going to mostly work out. I promise. Just hang in there. I know your emotions and thoughts are all over the place right now – that’s going to settle down in a few years. Just keep breathing.

When I was training as an actor in the Soulpepper Academy, I worked with the clown teacher Leah Cherniak. She continues to make a big impact on my life, as a mentor and as a friend. Last year we joined forces with some friends and colleagues to sponsor some newcomers to this country, and that has been a whole new learning and bonding experience for us. She once told me not to “peak too soon,” which continues to make me anxious…”Am I peaking now? How about now?”

Guilt-free sitting around reading in the sun, eating and watching TV all day. I don’t think it’s ever happened – the guilt-free part, at least!

When I was in my twenties, all my thirty-something friends would tell me, “IT’S SO MUCH BETTER.” I totally didn’t believe them. But now that I’ve crossed the threshold, I can definitely say, “THE RUMOURS ARE TRUE.”

For me, my thirties mean letting go of notions of what I’m supposed to be and look like and do, and just gettin’ down to business to make the things I want happen. Apart from the crushing psychological weight of the impending climate apocalypse, my current age is the best.

My best friend is my husband and my favourite quality is his wonderful wacky sense of humour. My least favourite is his musical flatulence.

This spring I had the great fortune of working with the dance/theatre company Public Recordings. I was amazed by the company’s rigour and their gentle but persistent attempts to answer the specific questions they’re building the work around. In some ways it struck me as the most scientific process I’d ever been a part of, and it yielded amazing creative results.

I know so little about visual art! But I saw the Robert Rauschenberg exhibit at MoMA this summer and was blown away by his audacity and how he worked his way through every imaginable medium in his career. I’d like one of his wild taxidermy pieces.

Eggs fried with tomatoes with garlic, soy sauce and sesame oil, on rice, topped with green onions. GET IN MY BELLY.

I wanted to be an actor. Certainly a creative type. Though I did consider business school at one point. Glad I dodged that! I finished university in 2008 with a BFA in Acting, and I’m grateful that I was mentally prepared for financial instability in my life, while my business school pals graduated directly into the recession and discovered that their degrees might not be the pass to smooth sailing that was promised.

My favourite stuffed animal was a skunk. Named Skunkie. Guess I’m not as creative as I think I am.

Plumbing! Or general home maintenance stuff. Real, practical skills. Or coding! I wish I could code.

Given my response to the last question I guess I should say coding but honestly I would want to study clown.

What are you most looking forward to at The Shen Development Festival?

We have so many exciting performances happening all on one day, November 19th. I can’t wait see our audience members pouring out of all the shows in the different venues and meeting in the lobby exclaiming, “You have to hear about what I just saw” to each other.

What did you learn about yourself over the course of your involvement with the Shen Development Series?

When Soulpepper first offered me the opportunity to program the Shen Development Series, I didn’t think I’d have the organizational skills to make it happen. I imagined I’d have to do it all by myself. I quickly discovered that the key is asking for help and advice and fortunately I had the best team in my brilliant associate programmers, Rong Fu and Miquelon Rodriguez.

We also benefitted so much from the guidance of Soulpepper’s General Manager Tania Senewiratne, and producer Liesl Low. I quickly realized that the best way to program art is to simply make the space, open the door and just let the artists in to do their thing. Trust the artist!

The Shen Development Festival is on November 19th. Get info and tickets here.