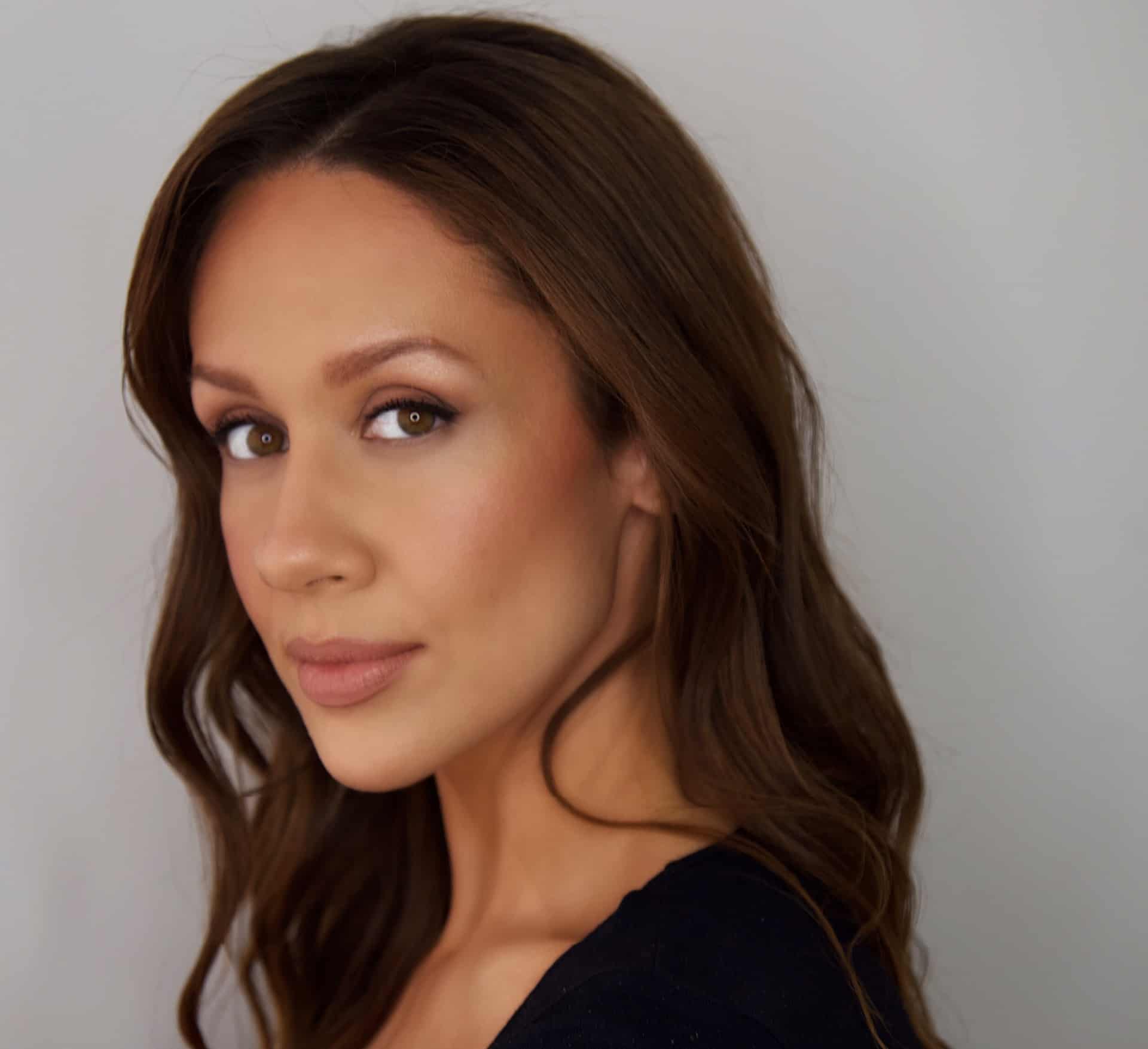 Classically trained, Samora Smallwood has played roles from Shakespeare to Tennessee Williams, won Best Actress for her raw portrayal of May Henning, in Norm Foster’s The Affections of May, as well as in many roles in film and TV. Samora’s most recent work includes an upcoming Recurring role on Syfy’s The Expanse as well as roles on Suits, Designated Survivor, and Shadowhunters. Samora’s emotionally complex role in The Shelter, a dystopian thriller, premieres on Amazon in early 2018.

Geez, I’m realizing I’m kinda super serious. But hey, in the spirit of my 2018 mantra, “Be Yourself.” I answered honestly.

Anything by The Clash. If a smokey eye is involved, “7-Eleven” by Beyonce.

Give a lot fewer s**ts about what other people think.
Be okay with spending time alone.
Get involved with community organizations.
STOP PICKING YOUR FACE!

To be really honest, all of the women who have been part of the #MeToo and #TimesUp momentum-building. It’s made me cry, holler and howl with glee. The best world is one where nobody is made to feel small by anyone for any reason. I feel like the Time is (actually) Up on at least the collusion and complicity of the abuse of these kinds of power systems of oppression.

On a lighter note, I recently watched Moana and hot dang that kid is inspirational! 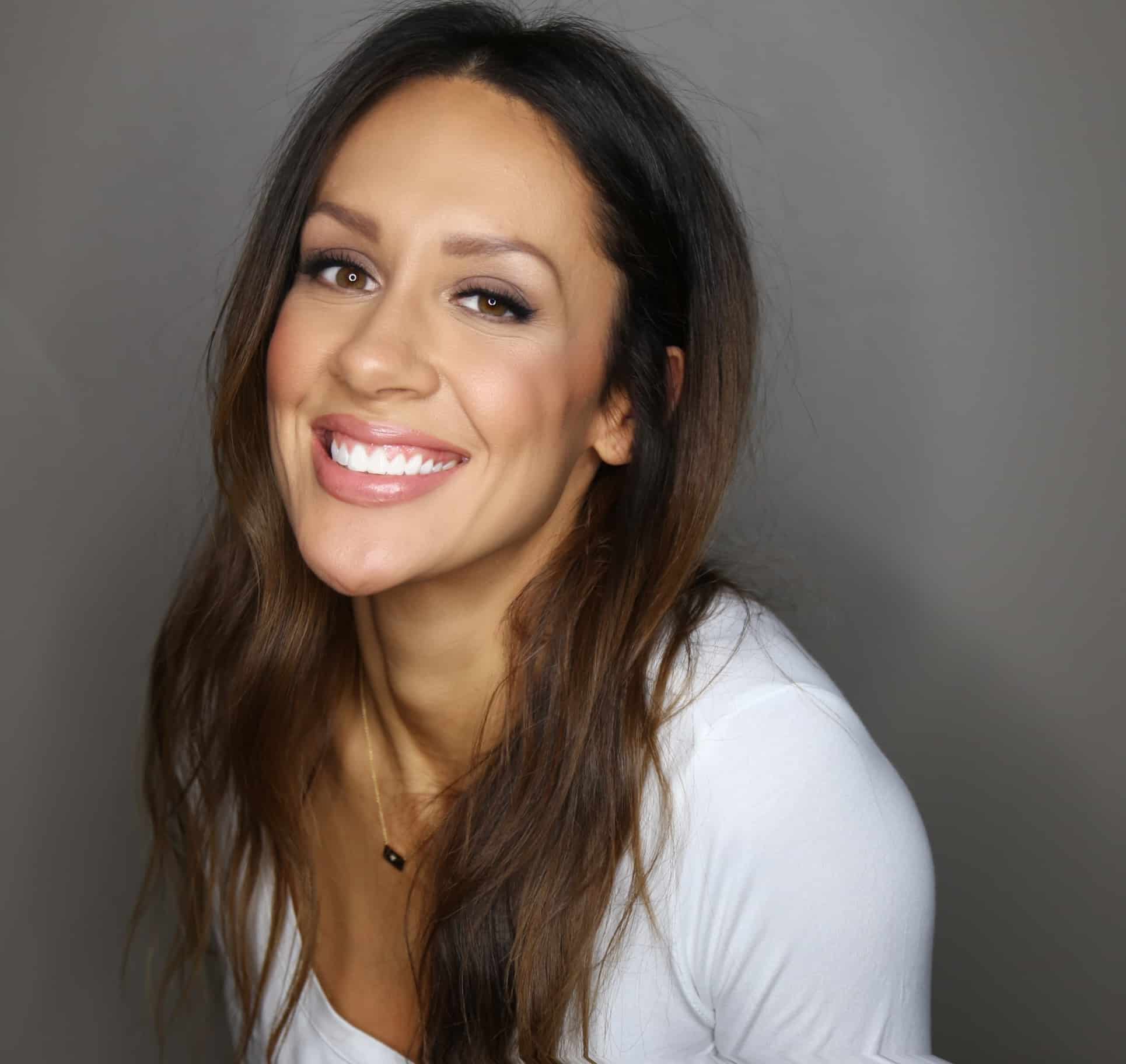 Sleeping in! An alarm-less wake-up would start off a perfect day that would include a workout, a movie, a snack (or ten), a friend hang, my lover, and ending with a candlelit, essential oil-infused bath and cue the relaxation.

Hands down it’s knowing myself well enough to stand up for what I believe in, fear no judgment, get silly, be serious, and go after what I want with focus and purpose.

Definitely someone who loves movies! I’m always watching or yakkin’ about ‘em, so it would be tough if they didn’t. A good listener is nice. A positive person. Someone who sees the light and wonder in the world.

I’m inspired all the time! Sometimes it’s the glimmer of resilience in the eye of a homeless teenager that makes me think, “They haven’t given up, I won’t either.” The writing of Ta-Nehisi Coates is constantly having me re-read mind-blowing passages, and the top top of the list for me, especially as a bi-racial actress, is seeing more diverse stories on screen FINALLY. There’s still a lot of work to be done, but watching Greta Gerwig win awards for writing AND directing and seeing a Black character lead a Superhero franchise has been truly inspiring. Oh, and James Baldwin is a constant source of inspiration for me, and his books are like my friends.

My all-time favourite is Basquiat. Not only because we share the nickname “Samo,” but because he was always saying something profound with the work and he started off making art using scraps he found around NYC! I love Kehinde Wiley – would LOVE to own some of his pieces. Check him out if you haven’t. I’m also obsessed with the work of Marina Abramovic, although I don’t know how you’d get that into your place!

Easy. I love to bake, so I’d make my (famous) Vegan Cinnamon rolls with almond milk, and re-watch a childhood classic film, like Now & Then or something.

I grew up in a family that so prized intellectual pursuits that I was always trying to impress them with my French language skills, what books I was reading, etc. So for a while I lied to them all and pretended I wanted to be an Occupational Therapist or something. But by the time I was seven, my Pop (grandfather for non-Maritime peeps) had discovered how good I was with impressions. He had a Canon video camera and would turn it on me and have me do Forrest Gump & the Queen of England ad nauseam. From that moment on I understood the power of holding an audience’s attention, and I’ve been desperate for attention ever since!

I was an outdoor-type kid so games came later for me. Scrabble, Monopoly, Scattergories… And then when Nintendo 64 came around I was full-on obsessed with the James Bond games and then Playstation changed the game forever with the Grand Theft Auto series. It’s seriously a miracle I passed any of my classes in those days.

I would like to get a handle on procrastinating. I don’t know if being kind to yourself is an adult task per se, but that.

Learning Spanish. And Italian. That’s an ambitious year, ain’t it?