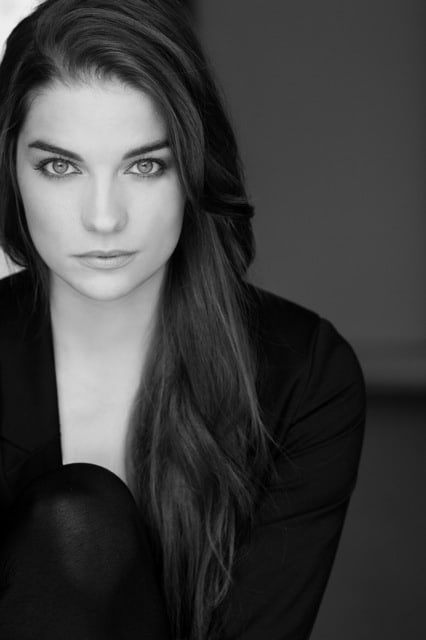 Just as their musical star begins to rise, The Plateaus unexpectedly lose their lead singer to a tragic accident during a band practice. Morgan, Tryke, and Davian – the remaining band members – are left to their own clueless devices to carry on without him. The result is a hilarious parody of an independent band trying to climb the ladder of success…and failing at every turn.

The Plateaus is a brand-spanking new digital series, which stars Annie Murphy (Schitt’s Creek). The series focuses on one band’s silly antics together. (It is partly inspired by what Annie has witnessed over the years being married to Hollardo front-man Menno Versteeg.) The first five episodes of The Plateaus will be live at on cbc.ca/plateaus on September 10. Look out for special celeb cameos including Elisha Cuthbert, Jay Baruchel, Sam Roberts, Kevin MacDonald, and Fred Penner, to name a few.

We got a chance to speak with The Plateaus star Annie Murphy and get her real thoughts on today’s indie bands.

Most often, my breakfast time looks like, “Well, it’s lunch time. Better eat some soup.” Or “I’d like a water, an orange juice, a coffee, a Caesar, and your finest scrambled eggs please.” BUT! I am making a concerted effort to make it look more like, “Oooh, 8:15 am? I’ll just jog over to my local organic grocery store, grab some kale, hemp hearts, and Vega, jog home, make myself a delicious smoothie, and then do a workout tape in my living room.”

What are three goals for yourself that are on your mind at this very moment?

Goal 2: Get better at Jeopardy.

Goal 3: Learn how to cook and/or twerk.

That the people who work at the pho restaurant around the corner from my house are right in their decision to frown disapprovingly at me and say, “Again?” when I walk in the door.

What has impressed you lately?

I was in Ireland recently and there were three young kids playing Irish folk songs in a tiny little pub on the Aran Islands. Each of them could play at least four instruments better than I can speak English, and they played with such incredible joy that the whole bar was laughing and shouting. I was impressed by how loudly I can cry in public.

What was the last event you attended that really blew you away?

Two of my best friends got married a few weekends ago – it was wonderful. There was a McDonalds delivery at midnight, and the DJ played “Want to Want Me” by Jason Derulo three whole times.

I feel like I’m pretty unique when it comes to things that make me happy: Friends, family, travelling, food, music, writing, Netflix. “Want to Want Me” by Jason Derulo.

When people get dry-mouth while public speaking and don’t take a sip of water. It’s an easy fix. Just drink some water, guys.

Sometimes I wish I were the mother of more dragons. I often feel really uncomfortable in social situations, and so I think having more dragons or going to Toast Masters would be really helpful.

What are your five favourite indie band cliches?

What’s a night at a music venue – for better or for worse – that you’ll always remember?

My husband and I made up a fake band and played an awful joke show a few years ago to see how much we could get away with before people started calling bullshit. (I should mention I don’t play any instruments.) The show consisted of us tuning our guitars open, hooking up a bunch of pedals, strumming randomly and making out for 15 minutes. It was unlistenable garbage. So, because karma…a guy came up to my husband after the show to tell him how much better he liked his new band than his old band (Hollerado), and I accidentally smashed out half of my front tooth with the head of a guitar.

Check out The Plateaus starting on September 10 at cbc.ca/theplateaus!