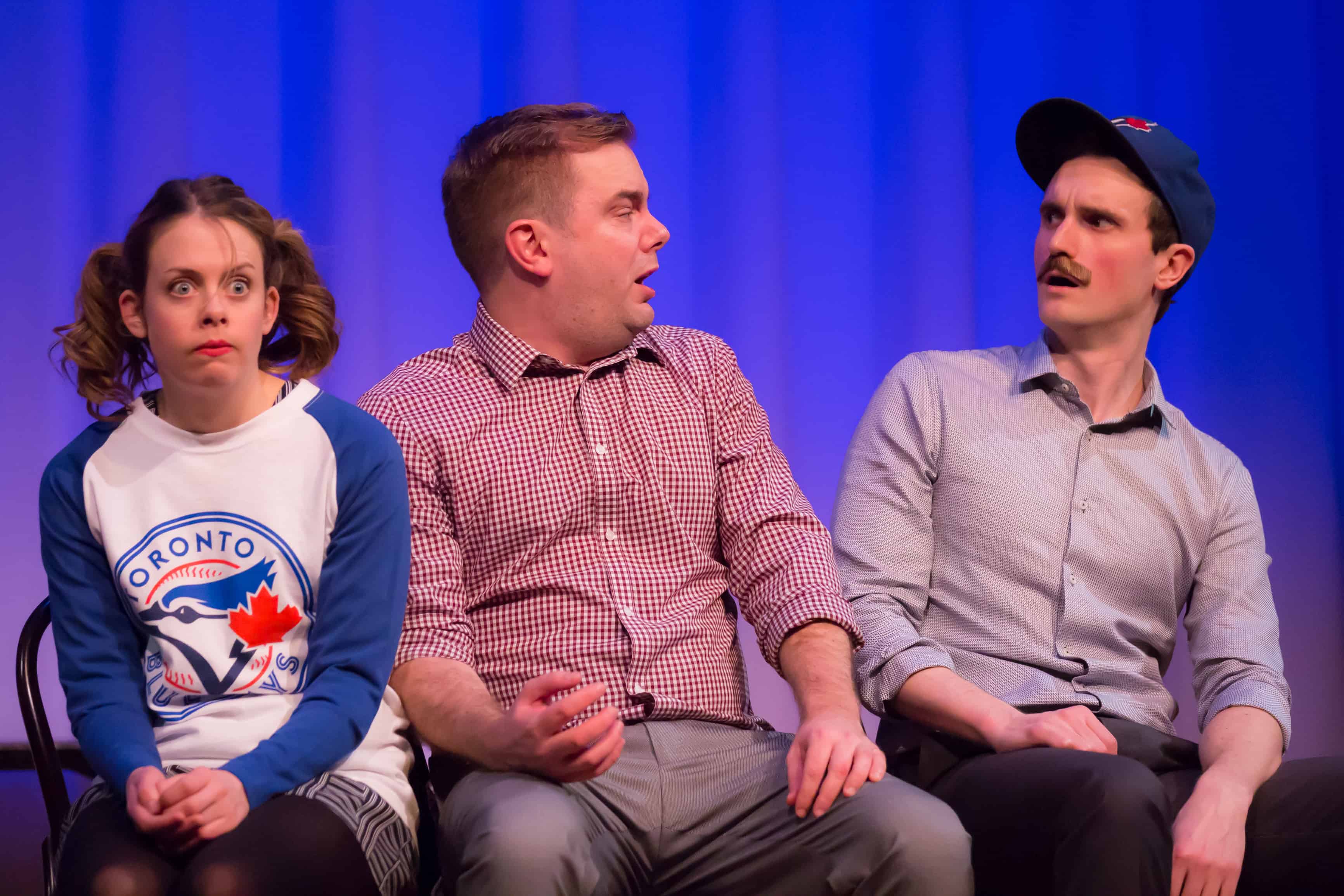 Kirsten Rasmussen was nominated for Best Female Improviser at Canadian Comedy Awards 2014. The Saskatchewan-born comedian is part of the current cast for The Second City’s 77th Mainstage Revue: THE HOTLINE ALWAYS BLINGS TWICE. We caught up with her this week.

SDTC: What spaces in Toronto do you find inspiring?
KR: I love the waterfront especially on the westside down by Sunnyside pool. It’s beautiful down there. I love walking or jogging on the boardwalk.

What aisle do you spend the most time in at the grocery store?
The Tea and Coffee Section.

The receipts in your wallet would indicate what?
That I love cheesy carbohydrates, coffee, and lotion.

What would your high school yearbook have said about you?
I think it said that I was a nerd. I wrote the school newspaper and never took a spare. I don’t know what it would say now. It would say, is she still a weirdo? Yup!

What would you be if you weren’t a performer?
I don’t know. I think performing has always been where I have found my joy. Though perhaps I like to day dream about being a painter. Living in a studio apartment wearing overalls covered in paint and having a cat. I guess I could have a cat now, but no…I’m never home so…only in the parallel universe where I am a painter do I have a big furry cat named Smokey who I love more than anything.

What makes you happy?
Petting other people’s dogs. Cycling in the summer. A good song. A great hug. Hot dark coffee and soft moist chocolate cake. People with loud, eccentric but genuine laughs. My family. My friends. Travelling.

What makes you cringe?
Broken bones. Surgery of any kind. Maggots.

What, in your opinion, is overrated?
Raw eggs? I mean come on Rocky, get over it. Celebrities giving life advice. Marriage and money. Is that cynical? I don’t know. I think marriage and having lots of money might be overrated.

What is the best thing you did all week?
I got to hang with my little nephew. He is only eight months old and a very tough audience. I tried out so many bits on him and only got a few smiles here and there.

Describe your perfect Saturday:
Little sleep in. Little brunch with friends where we chat and chat and fix all the world’s problems while eating pancakes. And then a nice nap in the sunlight like a fat cat. Then a jog around some of my favourite parks.

Describe the funniest thing you’ve ever witnessed:
Hmmmm this is hard. I guess something that comes to mind is something that happened recently at work at Second City. We were improvising a new scene that has ended up in the new show about a medium contacting ghosts. There were three of us from the cast behind the curtains to act as the voices of the ghost. On the stage there are two sets of curtains and what we didn’t know is that they were both closed. One of my cast mates stood behind the last set of curtains and was pushing them, making them move. He was doing it very gently, with lots of commitment and artistry so that it would look as if a ghost was making the curtains move. I joined him for a moment. But then I poked my head around the curtain only to see that the other curtains were also closed, so no one could see his amazing supportive work. At this point we were a week before opening, so all of us were very over tired and stressed. I looked at him and said, the red curtains are also closed. And we both laughed so hard for so long. It still makes me laugh thinking about it.

What word or phrase should we all use more?
I love you. I appreciate you. I hear you. I need help. Let’s hug it out. Let’s eat some cake. Let’s go outside. Let’s play frisbee. I think I’m just talking to myself now.