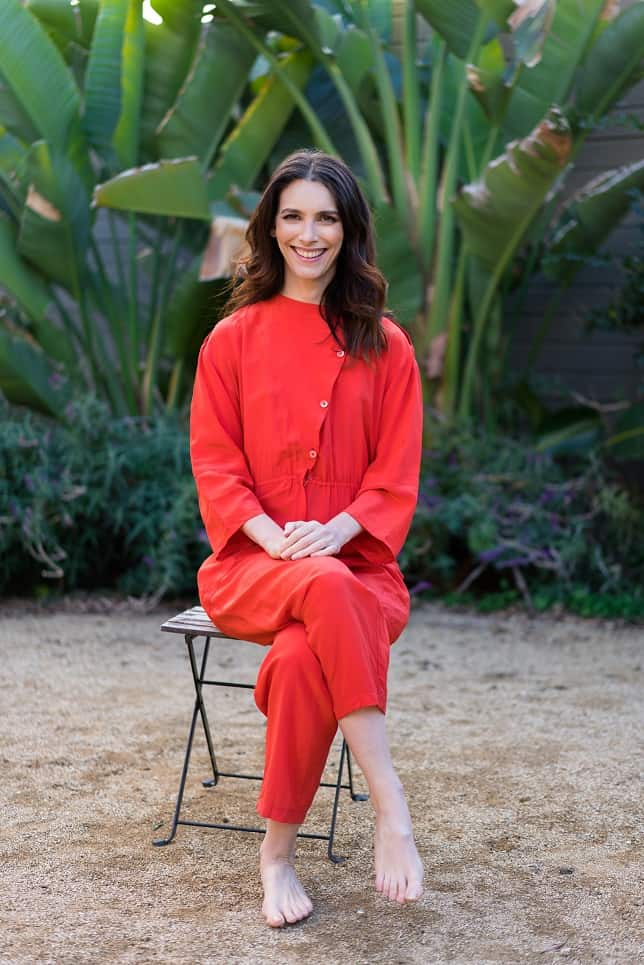 In Mina Shum’s latest feature, Meditation Park, a devoted wife and mother (Cheng Pei Pei) is forced to reassess her reverence for her husband after she finds another woman’s thong in his laundry. Liane Balaban plays the Caucasian daughter-in-law coming into a traditional Chinese family.

Balaban has begun writing for TV (starting when she was pregnant) and her first pilot script was purchased by Temple Street (of Orphan Black fame) while her second was optioned by Marble Media.

We caught up with Liane this week.

LB: I’ve recently started writing for TV, and it would be a dream (obvi) to have one of my pilots produced. They are all feminist dramas (but funny, too) with complex heroines of different ages. It’s always been my dream to wear the headphones on set. Maybe because I’m so used to interpreting other people’s work. I want the chance to see others interpret mine.

What advice would you give to your fourten-year-old self?

You’re smarter and more capable than you think.

My son. He just turned two and reminds me how you can find so much joy in the little things. He always points out animals and flowers. He sniffs flowers on printed fabrics.

I’m half Jewish and once tried to do a Shabbat (“day of rest”) by abstaining from electronics and devices for the day. The feeling was profound. I rediscovered all the feelings we drown out by surfing the web: boredom, loneliness, grief and delight.

In my twenties I put a lot of pressure on myself to achieve, not realizing that no matter how hard I worked, I didn’t have total control over my destiny. Now I realize that it’s more about showing up, doing your best, and being kind to yourself and others.

Someone who makes me laugh and has a nice face.

I just watched the Oscars. Greta Gerwig is awesome. I loved Lady Bird so much. And her message to aspiring filmmakers: “Take the leap. The world needs your voice.”

Along those lines, my friend Vanessa Matsui just wrote/produced/directed/starred in a rad web series called Ghost BFF that every one should check out.

And finally the teenagers from Florida who are leading a movement to end senseless gun violence.

Anything by Shary Boyle. I can’t explain exactly why. Her work disturbs and delights me. She’s has a direct line to the feminine subconscious.

I was sort of an only child (I had half siblings but they were either much older or much younger), so I spent a lot of time alone, bouncing a ball, making up stories in my head.

Any kind of world cuisine. It would be so cool to have enough culinary knowledge that you could just intuitively create great dishes, like an inspired chef.