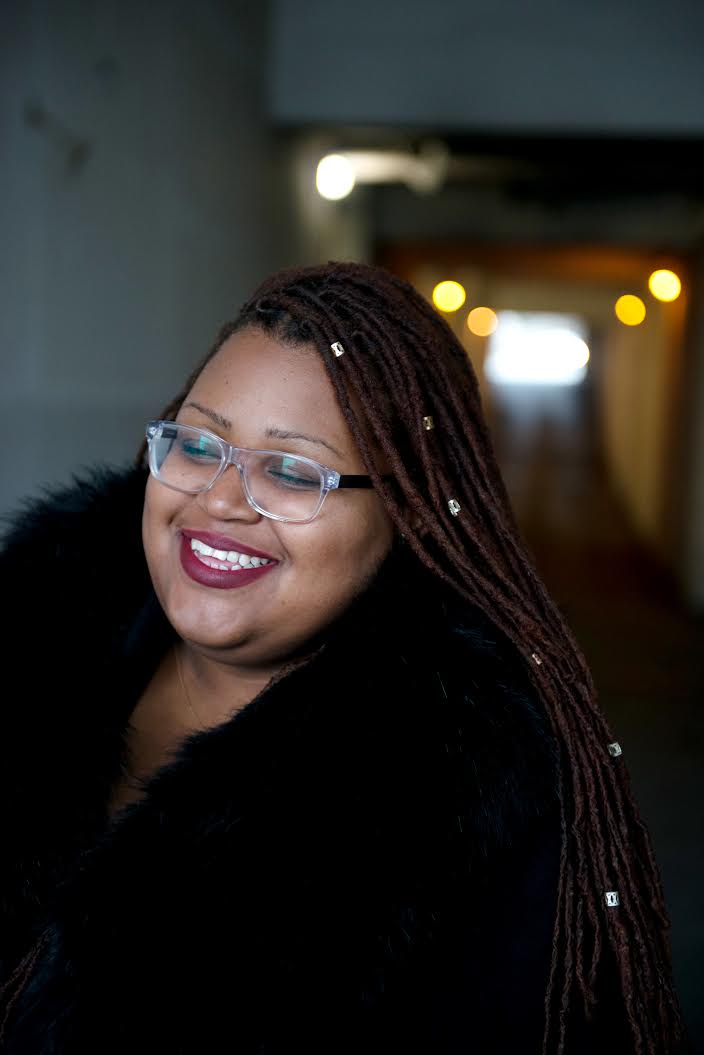 We reached out to award-winning filmmaker Kelly Fyffe-Marshall last week, to see if she’d be open to answering some revealing questions for our new series that spotlights leaders in the Canadian film and television industry. She agreed, and in a few short days since that time—a lot has happened.

Kelly’s riveting short film Black Bodies, which she created in response to a racist attack she experienced in 2018, made TIFF’s Canada Top Ten List this past December, and last week it played at Sundance. Buzz from all Film Festivals has been quieter than usual this year, with programming and audiences moving to a virtual platform, but the lack of coverage in Canadian media for her team’s triumph was a deafening silence.

So Kelly, a gifted storyteller, shared her frustration on Twitter. In less than an hour, Ava DuVernay (Selma, 13th) responded to the tweet, and shared it with her 2.7M followers. 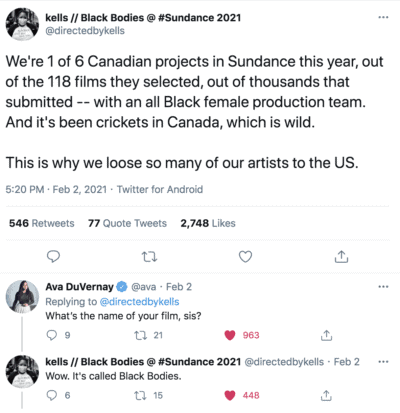 Looking forward to watching the short film, BLACK BODIES. From Toronto to #Sundance2021, this film from @directedbykells and her beautiful Black Women team of collaborators should make Canada proud. Congratulations, sis. 🖤 https://t.co/KSEC51rYbZ

The exchange made CBC News: The National last night, and has sparked a lot of chatter online about how the Canadian industry needs to support its talent, especially Black creators.

Just as it struck audiences at TIFF, Kelly’s film is receiving well-deserved critical praise at Sundance, with a particularly glowing review published today by Shane Slater: “At just over 4 minutes long, Black Bodies is a short but potent statement on contemporary race relations. And as a Canadian production, it reminds us that the Black struggle isn’t only felt by their neighbours to the south.” 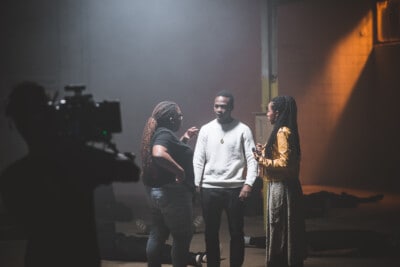 Kelly Fyffe-Marshall on the set of ‘Black Bodies’.

We hope that Kelly’s responses to our questions reveal a little bit more about who she is as both an artist and human. She deserves the spotlight, and while we don’t want to lose her to Hollywood, it would be pretty cool if she could do something with Ava.

Please share something from your recent search history and explain your search in four words.

I searched ‘How to make a soy candle’, I can explain in two words lol. The. Pandemic.

What’s on your bedside table.

My crystals, my glasses and my cellphone

Midnight 2 by Sister Souljah, I keep thinking about being Black in Japan and the care she took writing about the Japanese culture. I’m almost scared to visit after the pandemic, that it won’t live up to the magic.

I don’t still own it, but I did have a ragged teddy bear for far too long. I loved it and couldn’t go anywhere without it. 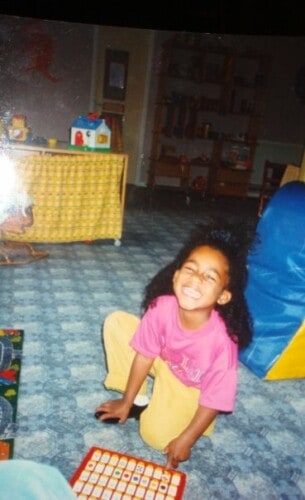 Kelly Fyffe-Marshall as a young girl.

A smoothie, but I rarely eat breakfast, and I know, I know it’s the most important meal of the day.

What inanimate object has brought you comfort during the pandemic? Or maybe a couple, if you have time to share.

Books, books and documentaries. I was able to explore the world and learn new things all from my couch.

I love learning new things, things I didn’t know I wanted to learn about. My focus right now is to explore more ancient African history, learn more about the empires before, the people before and ideas before.

Oh wow. I can’t remember the song, but I know it was a basement party in an unfinished basement, and I’m sure Sean Paul and Kardinal Offishall played right after. 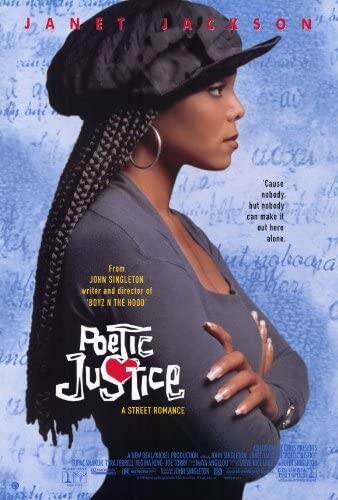 I had movie posters like Poetic Justice and Love and Basketball, and posters from Word Up Magazine with rappers like Lil Bow Wow, B2K and Lil Zane.

I would LOVE to be able to draw, my stick figures are terrible and I envy anyone that can draw anything. I’m still perfecting my superman s from high school.

Jamaica. Whenever I land I look around and know that God is real.

As a new vegan, this is rough lol. Anything Jamaican really does remind me of home.

Which song could you listen to 20 times in a row?

A film you saw in your childhood or youth that left a deep impact?

Soul Food, I probably was too young but it was the first time I had seen a Black family that resembled mine in a film and it was so encouraging to a young Kelly

Oh wow. I can’t remember the song, but I know it was a basement party in an unfinished basement, and I’m sure Sean Paul and Kardinal Offishall played right after.

I had movie posters like Poetic Justice and Love and Basketball, and posters from Word Up Magazine with rappers like Lil Bow Wow, B2K and Lil Zane. 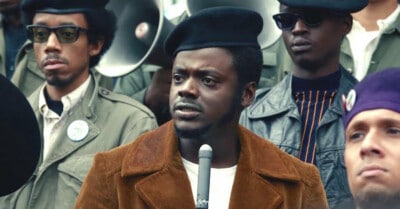 Still from Judas and the Black Messiah, courtesy of Warner Bros.

Lovecraft Country, Judas and the Black Messiah and Concrete Cowboy. Watch these gems and thank me later.

Please tell us about a hidden talent.

I’m able to sleep soundly after watching serial killer documentaries. Lol did you get to question 16 and now you’re done with me? I promise the rest is less alarming.

My Breonna Taylor hoodie, it’s crazy it’s the warmest sweater I own and it constantly reminds me of what I’m fighting for.

What has calmed you in the past 9 months?

Sisterhood. Great friendship has kept me calm, and kept me going through the pandemic.

Black Women. All of them to be honest. The way we constantly keep showing up, reinventing ourselves and being great is the biggest inspiration to keep going.

What do you most want to do when the era of social distancing is behind us? What have you been dreaming about doing once the pandemic is behind us?

I want a hug, like a real one. Anddddd I want to go to a really great house party and celebrate all my wins. 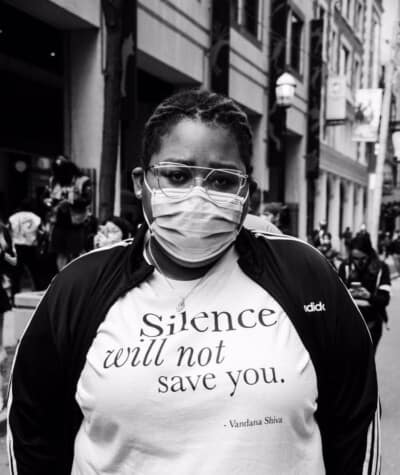 I don’t have a singular nonprofit but I do encourage everyone to ‘Make Ripples Where You Are’. It is important that we don’t wait for a leader or organization to make change, but look within our circles of friends, family, work and community and make the change we desire to see.