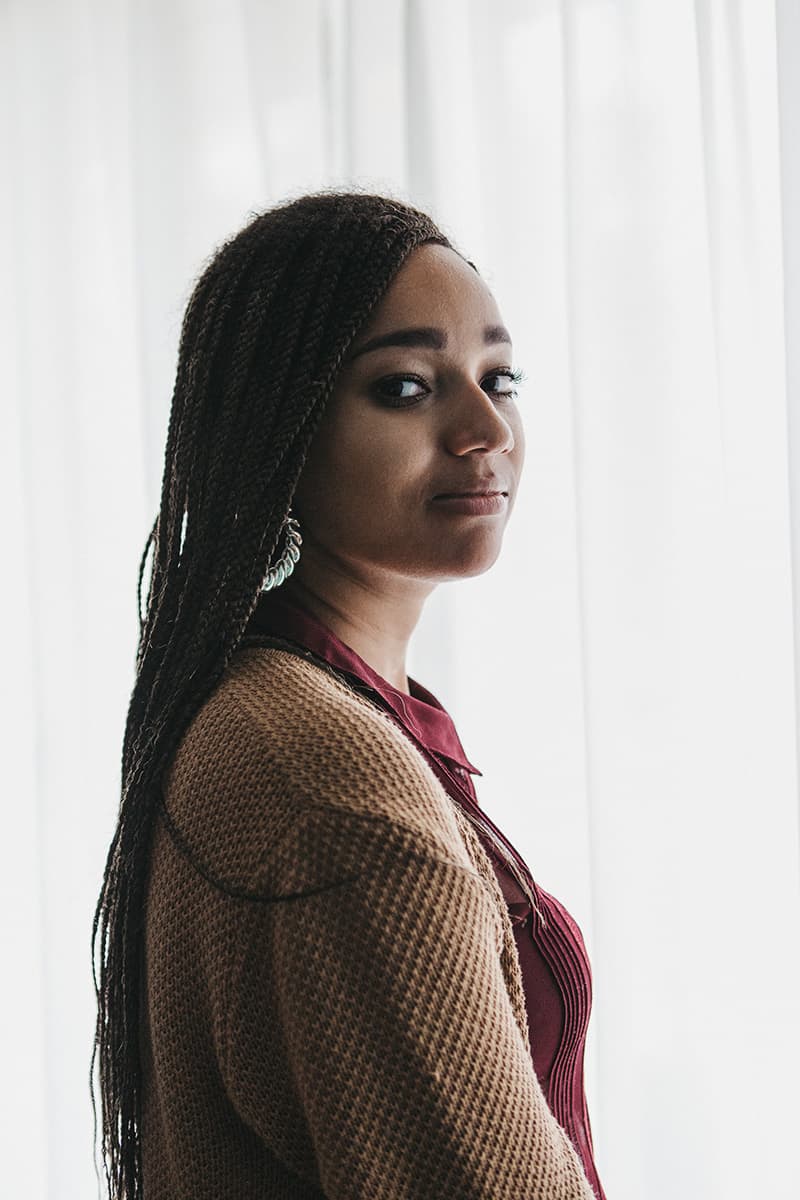 "My Mariah Carey shrine was a whole shelf of her albums, magazine covers, and other things I collected that made me think of her."
Film

Alicia K. Harris is an award-winning filmmaker from Scarborough dedicated to sharing the unique stories of Black girls & women. She is passionate about making work that will have a lasting impact on youth—it’s a mission that she’s very much succeeding at.

Alicia graduated from Ryerson University’s School of Image Arts in 2016, where her thesis film, Love Stinks, won Best Director and Best Production. After a successful festival run, the film was licensed to CBC Gem. She is also an alumna of The Academy of Canadian Cinema & Television’s directing program for Women, sponsored by Netflix.

Her latest film, Pick, gained national and international recognition through a $20K Kickstarter campaign, and was featured in the Toronto Star, CTV News, and on CP24. Pick won the Canadian Screen Award for Best Live Action Short in 2020, Best Short Film at the Miami Film Festival, and Best Fiction Short at Yorkton Festival. Film Threat’s Lorry Kikta described the powerful short as, “A subtle and natural critique of systemic racism.”

Right now, Alicia is working on pre-production for her upcoming short film, on a Sunday at Eleven, and also in development for a documentary on racism towards Black women in Canadian healthcare.

We wanted to get to know the incredible woman behind the stunning art that has impacted so many in such a short time.

Please share something from your recent search history and explain in four words why you initiated the search.

A random man sent me a condescending instagram message of unsolicited career advice. Been thinking about all the times in my life and career this has happened already, and how its only going to get worse the more successful I become. 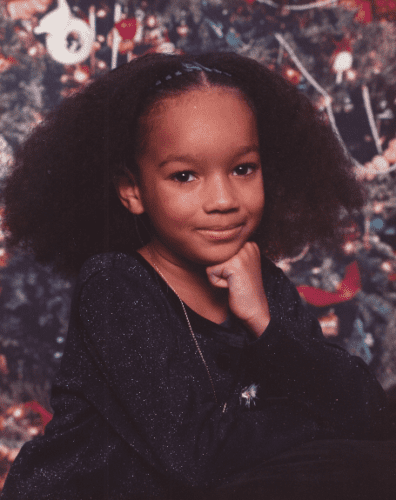 Alicia as a young girl.

What childhood toy do you still own?

Do you recall the first song you slow-danced to?

I never really did – but I loved a lot of R&B slow jams as a kid… Differences by Ginuwine, My Boo by Alicia & Usher, Officially Missing You by Tamia, Southside by Llyod & Ashanti…. I could go on and on!

I have the same thing everyday: poached egg on toast, two hashbrowns, mushrooms fried in garlic butter, 3 slices of tomato. Covered in Tata’s award winning pineapple hot sauce. With my tea of choice for the day and a big glass of water.

What inanimate objects have brought you comfort during the pandemic? 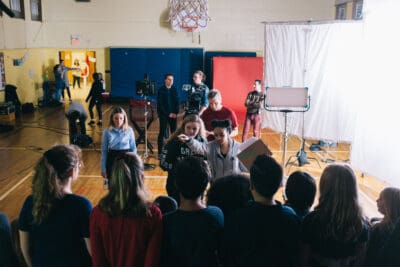 Piano & French! Working on it…

Lately I’ve been thinking about my favourite music venue Danforth Music Hall – because I miss going there.

Always like to have a chocolate bar near my bed… Hershey’s cookies n creme and Lindt almond are two faves!

Which song could you listen to 16 times in a row?

As a Pisces I listen to a lot of songs on repeat depending on the day. The most recent one that I listened to for an entire day was “Forever” by the Beach Boys, thanks to Olivia Donato for making it so special. 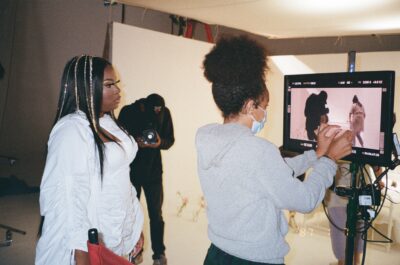 What film did you watch in your childhood that left a deep impact?

A short educational film I saw in school – Just a Little Red Dot directed by Mitra Sen. A new student from Sri Lanka inspired students to address racism, after her bindi is made fun of. I was very young but learned something about a new culture, saw racism on film, and learned about something culturally specific – that wasn’t about white people. I thought about it a lot while making Pick.

Call My Agent! On Netflix. Watched it last year because it looked cute and I wanted to improve my French. Ended up being hands down one of my fav shows of all time, made me smile at how it pokes fun of the industry, is heartwarming, just the right amount of drama and comedy. Recently rewatched it and will definitely watch it again. Highly recommend.

Do you have any hidden talents?

Killing it at summer camp games from years working in and loving them. 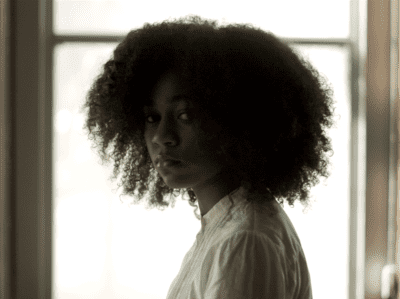 What has calmed you in the past year?

My social media was created for professional reasons, and I often feel like I can’t go on there and be silly (and so I don’t… for now). Seeing the happiness and carefreeness and silliness of people dancing and singing (be it friends or people I don’t even know) brings me so much joy.

A blue Dan Mangan merch hoodie that I’ve been wearing since I bought it at a show 10 years ago.

What do you most want to do when the era of social distancing is behind us?

GO TO A CONCERT AND SING AND DANCE MY HEART OUT!

The current GoFundMe for Khaleel Seivwright, who is being sued by the City of Toronto for the Tiny Shelters he built for the homeless. Donations will go to his legal fees and excess will go to the Encampment Support Network, who are dedicated to supporting encampment residents.

Follow Alicia on Instagram and head to her site to check out full portfolio of her work. 21 Questions With… is a series to celebrate leaders in the Canadian film industry, where we get to know the personalities behind the work we admire.

"My Mariah Carey shrine was a whole shelf of her albums, magazine covers, and other things I collected that made me think of her."