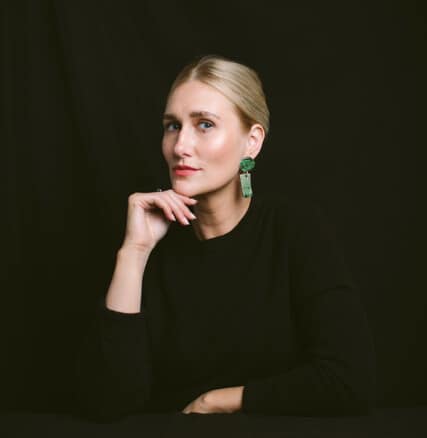 Fearing war and in search of a better future, Alina Vita Kulesh’s family emigrated from Crimea in 1998 to build a new life in Canada. They spent the first week in a hotel in Chinatown before settling in Scarborough. Alina was 8 at the time and started Grade 3 knowing very little English.

It’s a chapter in life that she describes as, “a bit traumatic”, but shares that the culture shock was also a source of joy. “Immigration is both an individual and familial experience. Sometimes you go at it alone, trying to survive not knowing the language, and other times you’re laughing together at how you’re all so lost,” she says.

Alina was a vivid storyteller from a young age, but never thought film was a possibility. “I didn’t think I had a voice, and couldn’t even imagine life as a filmmaker. ‘People could do that?? They must’ve been carefully selected’, I thought. It’s beyond comprehension of my lineage, to be honest,” she tells me. 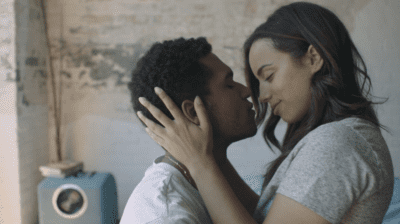 Her creativity was encouraged by mentor and artist Veronica Tsyglan. Veronica not only noticed her talents but nurtured them, which eventually helped steer Alina to enter Film & Media at Queens University. But the male-dominated industry still felt impenetrable. It wasn’t until her late twenties that she gained the clarity and confidence to pursue her creative dreams, “I was 27 and I was like, ‘Dammit, this is what I want to do!'” Her portfolio of work has exploded since that time, and Alina is now an in-demand director, in both the film and commercial world.

Her first independent short, Baby Blue, which she wrote, produced, and directed, was an instant festival hit, playing in L.A, Portland and Toronto and winning “Best Romance Short” and “Best Director” awards. Her second short film, Little Soul, was acquired by the CBC, and is now available to watch on CBC Gem (do—it’s stunning).

In February last year, she collaborated with renowned poet Rupi Kaur for her poem “many tried but failed to catch me”, and has also done work for brands like Knix and Google.
“Storytelling is the most ancient channel for human compassion. We all want to be seen and heard and to experience life as a transformational journey. This is what all storytelling is about.”
We reached out to ask Alina to ask her a bunch of questions that reveal curious details about the woman behind the art.

Please share something from your recent search history and explain in four words why you were searching X.

“Best techniques for how to punch someone in the nose”, it’s for a feature screenplay I am writing. Not a personal query, I promise. 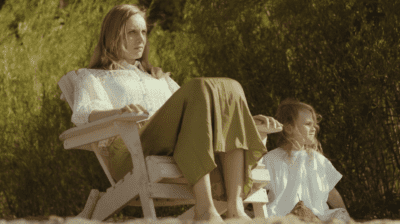 Pema Chödrön’s pocketbook, Laneige Lip Sleeping Mask, a small notebook to write all my ideas (anxieties) down before bed.

A poem by Amanda Gorman, “Won’t You Be My Sister?”

What childhood toy do you still own?

A few weeks after we came to Canada, my parents took us to BiWay and my brother and I got to pick one small toy each as a celebratory gift. I picked a small toy horse with a purple mane, it came with a brush for its purple locks. I don’t own this toy anymore, but I do think about it often.

Hmm, no. But I do remember “Dilemma” by Nelly ft. Kelly Rowland playing at the first school dance I went to. It could’ve been the song.

Alicia Keys. I thought she was the coolest, how she played the piano and sang with such purpose. 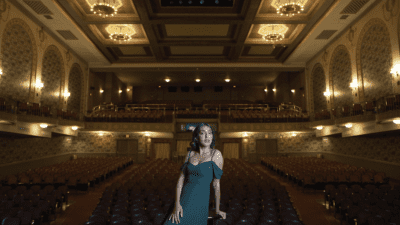 What inanimate object has brought you comfort during the pandemic? Or maybe a couple, if you have time to share.

Angela Dean’s artwork. I just bought another one from the Ghost Series.

I would like to be able to sing, way better. But, that’s not for this lifetime. Perhaps pottery making is a more attainable goal.

Marfa, Texas. There is something about the desert that aligns with the solitude of a soul. I crave it. Marfa also has such uninhibited, creative energy.

Which song could you listen to 20 times in a row?

I listen to Rolfe Kent’s ‘The Zen Effect” album almost every day, on endless repeat.

A film you saw in your childhood or youth that left a deep impact?

A Soviet film called “The Diamond Arm” (1969). I generally enjoy Soviet films from that era, they have a playfulness and whimsy about them.

I re-watched Barry Jenkins’ Moonlight (2016). It will always and forever have my heart.

I also watched the first episode of 21 Black Futures on CBC Gem, starring Lovell Adams-Gray–brilliant artists coming together to deliver a powerful message.

Please tell us about a hidden talent.

They are still hidden! Any day now…

A SIDIA caftan in “Wild Grace”. Simple, but just enough personality to put a pep in my step (around the house, for now). 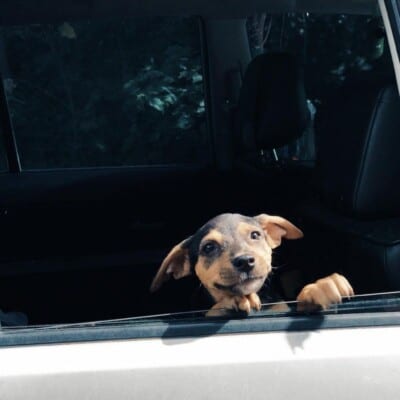 What has calmed you in the past 9 months?

My dog Mila. And remembering that impermanence is a rule of life.

What do you most want to do when the era of social distancing is behind us? What have you been dreaming about doing once the pandemic is behind us?

Hold my friends’ hands across the dinner table, stare into their eyes while candlelight flickers, and whisper sweet-nothings into their ears. I cannot wait to romance them. Also, to sit in a dark movie theatre with strangers and hear someone chewing way too loudly, or whispering, or making out.